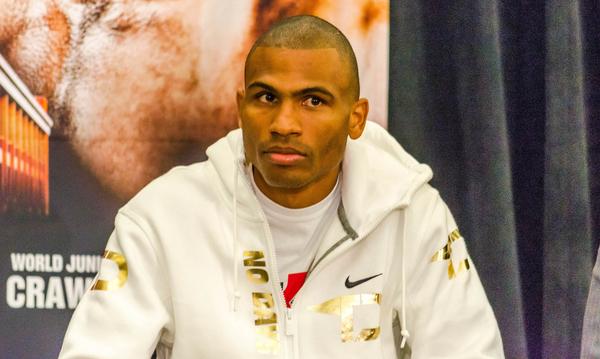 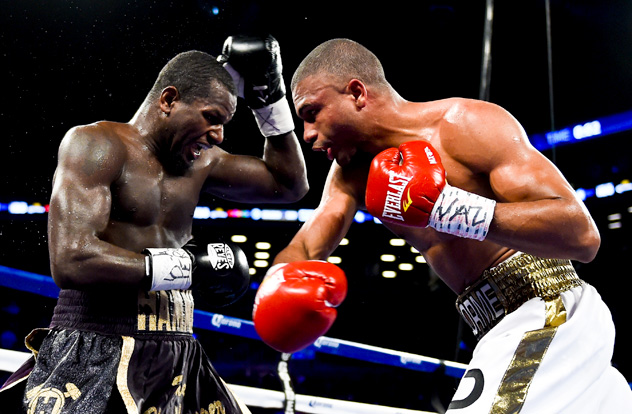 Once hailed as the next big thing to come out of Puerto Rico, Thomas Dulorme (22-1, 14 knockouts) is now in a rebuilding mode after losing an early crossroads fight to Argentine slugger Luis Abregu back in 2012, having racked up a 6-0 streak since then. He will complete his return to the spotlight in his first title fight on Saturday against Terence Crawford (25-0, 17 KOs) for the vacant WBO junior welterweight belt.

Crawford is also considered one of the best younger champions out there, and Dulorme will try to halt his great momentum in what will be Crawford’s debut at 140 pounds. A challenge of such magnitude calls for all hands on deck, and Dulorme has understood this and acted accordingly by hiring some of the best Puerto Rican trainers available, such as Anthony Otero, Felix Pagan Pintor and Oscar Seary (better known as Don Khan). The team’s newest addition is Jose ‘Kike’ Rosa, a former Olympian in Montreal 1976 who has worked with former titlist Nelson Dieppa, and contenders such as Wilfredo Rivera and Esteban Pizarro, among others.

RingTV.com had a chance to sit down with Dulorme for an exclusive interview, and these are his thoughts about his long-awaited title shot:

How is your training and your weight situation coming along?

It’s been great. I have a great team and we’re doing a great job. It’s been a great camp, and it’s great to work here in Puerto Rico with my people. I am in great condition to get to the fight on Saturday. Weight is not a problem, we’ve been working on that since the beginning. I am doing fine, in the camp we have worked on a few things, nothing really different than before, but we’re training to win.

You were not a KO artist before your only loss, but you have only two stoppages in six fights since then. Given that you jumped into the spotlight with a terrific KO (against Harrison Cuello in 2011), do you feel the pressure of scoring a KO in this fight to get back into the spotlight?

I don’t feel the pressure to get the KO. I simply focus on my fight and in being more intelligent than my opponent, not risking so much, and giving a great fight for all the fans.

How do you evaluate Crawford? What worries you about his style?

He is a great fighter, he is one of the top guys right now and I am going after him. I want his title but he is a great fighter. He has a normal style, he is not special. He has that typical American style of fighting. I got my own style, and you will see the difference Saturday.

Crawford is perceived as the revelation of 2015, and one of the best emerging talents out there. You were in that position too, not long ago. How do you like your chances of stealing the spotlight back from him?

I always stayed at the top level worldwide, I stayed up there with a lot of effort and hard work. And this is a great opportunity to reach the very top again.

Crawford is moving up in weight. Is that a factor in his or your advantage?

It’s only five pounds, I don’t see a lot of difference. I am training quite well, and I believe neither one of us has any advantage on this situation.

Even though you’ll be fighting for a vacant title, the feeling is that you’re the challenger since Crawford is a titlist in a lower division. Does this add more pressure to you?

I don’t think so. Crawford should be feeling the pressure of being the champion, and I will just go there to win and take what he already has.

You have a group of trainer that can be seen as a “mini-Dream Team” of Puerto Rican boxing lifers such as Don Khan, Felix Pagan, and now Kike Rosa. What does each one of them contribute to your camp?

I have a great team for this fight. Not only I have great sparring partners, but I also wanted to get some of the best trainers out there, who are experienced enough to find potential shortcomings in my style and who could help me as much as possible for this fight. Some of them give me some great pad work, some others are focusing on correcting mistakes, others are great at hand-wrapping. Don Khan takes care of my hands, Pagan Pintor is always ready to teach me a few new things with the punching pads, and Rosa is always there to provide his experience as a great trainer.

The same thing can be said about your promotional team, which at one point included Gary Shaw, Lou DiBella and Javier Bustillo. Who’s with you now?

Right now I only work with Gary Shaw, and I am also working with Artist Design, a Puerto Rican company. I don’t need anyone else.

How bad did you really feel about (Crawford’s trainer Brian) McIntire’s comments on Latinos?

He did say a few disrespectful comments about us Latinos and I got a bit angry about that, but it is nothing personal. It was just a comment that I had at that moment but everything is fine. But I still support and defend my people.

Do you see the winner of the Matthysse-Provodnikov fight as a potential opponent?

Everything is possible, and all options are on the table. It is possible that both winners could face each other, and that would be a terrific fight.

How do you see the Mayweather-Pacquiao fight, and what will it bring to boxing as a sport?

It is a great fight for boxing, it is a historic event and a fight everyone is waiting to see. I believe it will be a terrific fight, with the two best fighters in the world facing each other, and that’s good for boxing fans. I don’t have a prediction, they will do their job in the ring, and on that night the most intelligent one in the ring will win the fight.

How do you see your fight against Crawford playing out?

That will depend on the rhythm we bring into this fight. It will be a technical fight, where the one who thinks the most on that night will get the victory. The most intelligent one will bring the victory. We’re both two great fighters. Crawford is a guy who thinks very well, and I can think well also in the ring. We’re both good fighters and we’re going to give our best.

I don’t have anything planned beyond Saturday. In boxing, nothing is written, and I will have to look into what is happening in my division after that.