‘Mayweather/Pacquiao: At Last’ debuts on HBO on April 18 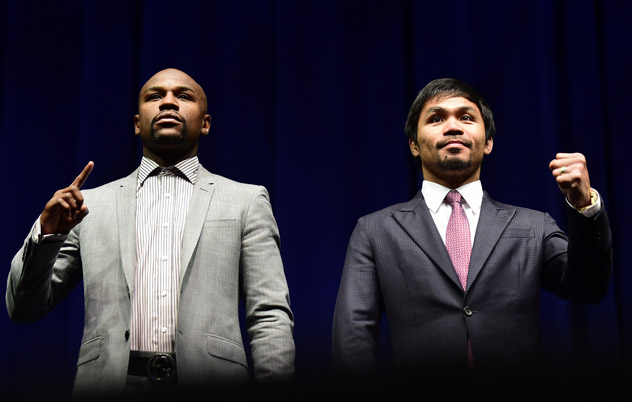 The special, which combines new and archival material to look at what is expected to be the most lucrative bout in the sport’s history, airs from 11:45 p.m.-12:45 a.m. (ET/PT) immediately following an “HBO Boxing After Dark” doubleheader (featuring Lucas Matthysse-Ruslan Provodnikov and Terence Crawford-Thomas Dulorme) beginning at 9:45 p.m. The film, narrated by Liev Schreiber, chronicles the biggest challenge of Pacquiao’s stellar pro career.

“This is the mega-fight fans have been anticipating for many years, and we are thrilled to chronicle Manny Pacquiao’s path to this defining moment in his career,” Rick Bernstein, executive producer, HBO Sports, stated in the press release. “This special will provide viewers with a narrative of how this fight came to be and spotlight Team Pacquiao’s preparations heading into the biggest challenge Manny has confronted in the ring. It will be a terrific primer for any viewer eager to go behind the scenes in the lead-up to May 2.”

As part of HBO’s comprehensive initiative surrounding the Mayweather-Pacquiao event, a separate all-new HBO Sports special will debut Saturday, April 25 (12:15-12:45 a.m. ET/PT), with details to be announced as they are confirmed. HBO will also present a Manny Pacquiao mini-marathon of classic fights that starts airing the weekend of April 17.