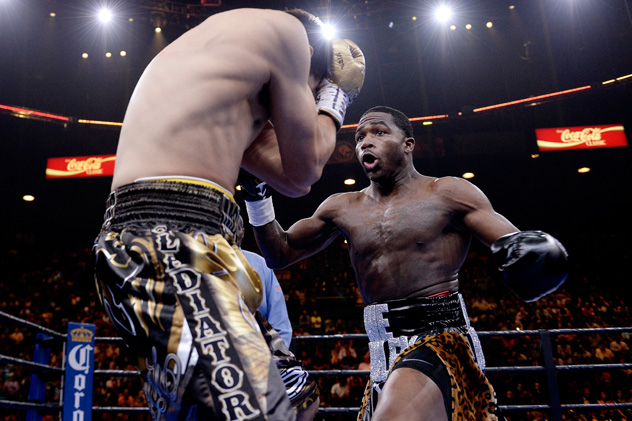 Broner (30-1, 22 knockouts) used his jab, quick combinations and his defensive skills to dominate the fight from beginning to end, although he never hurt Molina (27-6, 22 KOs). Molina wasn’t active enough to win the fight, as he seemed to pin his hopes on one punch – his big right. It landed only a handful of times and did no damage.

Keith Thurman and Robert Guerrero are scheduled to fight one another in the next fight.