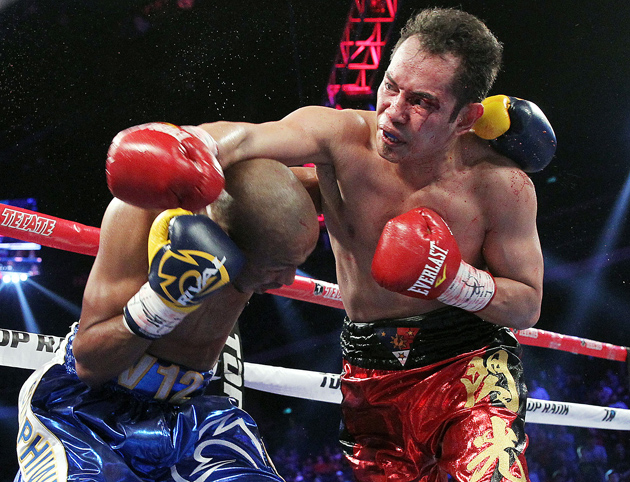 MANILA, Philippines – Former four-division titleholder Nonito Donaire will return to the ring on March 28 at the Mall of Asia Arena in Pasay City, Philippines, for the first time since his knockout loss to Nicholas Walters.

Donaire (33-3, 21 knockouts) of San Leandro, California, by way of Talibon, Philippines, will face a yet unnamed opponent in the co-featured bout on a card headlined by RING junior flyweight champion Donnie Nietes (34-1-4, 20 KOs), who will also be facing an opponent to be determined in an optional defense.

The show, which will feature Donaire in his first bout in his native country since 2009, when he stopped Raul Martinez in four rounds, will be promoted by Philippine-based ALA Promotions.

The 32-year-old Donaire has won world titles at flyweight, bantamweight, junior featherweight and featherweight, as well as an interim title at junior bantamweight while being only the second Asian boxer in history to be named the Boxing Writers Association of America (BWAA) Fighter of the Year in 2012 (compatriot Manny Pacquiao was the first).

In October, Donaire suffered the first two knockdowns of his career against Nicholas Walters before being stopped in the sixth round of their WBA featherweight title fight.

ALA president Michael Aldegeur told RingTV that discussions to host an event in the Philippines first arose when Donaire trained at their Cebu gym in preparation for his bout with Simpiwe Vetyeka in early 2014.

“We’re happy that we can bring him back here; he hasn’t fought here for a long time,” said Aldegeur.

Donaire’s manager Cameron Dunkin didn’t return calls requesting comment on Monday morning, but Donaire was quoted by veteran reporter Ronnie Nathanielsz as saying, “I’ll fight whoever they put in front of me.”

Aldegeur said that Nietes had been in discussions to appear on the March 7 Macau card promoted by Top Rank and headlined by Zou Shiming’s IBF flyweight title vie against Amnat Ruenroeng before opting to stay in the Philippines.

After facing Mexican foes in his last four bouts, Aldegeur said Nietes could face an opponent rated in the WBO’s top 15 from Asia in this defense. Though Aldegeur had discussed the possibility of moving Nietes up to 112 to challenge for a title in his third division against the likes of Roman Gonzalez or Juan Francisco Estrada, that plan has been halted for the time being.

“We don’t want to rush him to 112,” Aldegeur said. “Maybe a couple more fights, maybe a fight at 110 and then we’ll see if going up in weight is something he wants to do.”

Nietes, a former titleholder at 105 pounds as well, hasn’t lost since 2004, when he lost a split decision to Angky Angkotta in Indonesia after Angkotta missed weight by six pounds.