‘Cult favorite’ Tureano Johnson back in action against Alex Theran 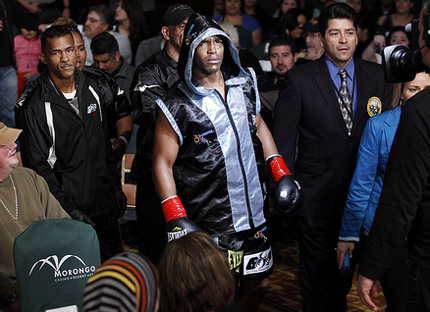 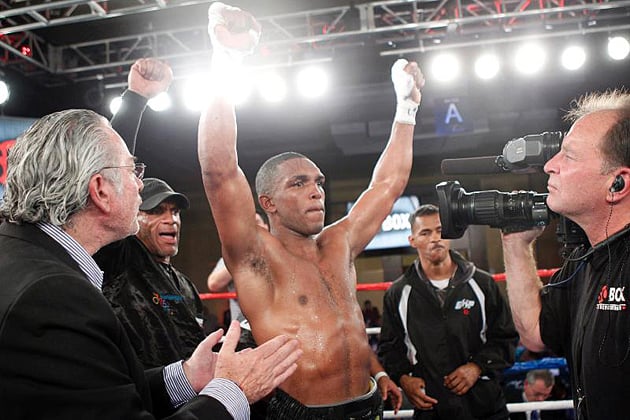 Boxing has had its fair share of “people’s champions” throughout the years, but none quite like Tureano Johnson.

As accessible as fighters are in general, the world of Twitter has brought them just a click away from those who simply watch the sport. Many boxers have taken advantage of that, and in most cases, are simply pandering to the masses.

But if you didn’t know that Johnson was a real live contender in the middleweight division, you might think he actually is just someone who watches the sport.

Johnson has become somewhat of a cult favorite on boxing Twitter for his musings on damn near every fight happening anywhere in the world. Whether it’s laughing at the chaos in Derek Edwards’ corner in Quebec City, or clamoring for a bout between Julian Williams and Jermell Charlo, the Bahamian slugger chats as if he’s a regular boxing nerd.

“I am a boxer, but first of all I am a boxing fan,” said Johnson. “It’s a media world now. You have to be able to communicate with people. Did I think I’d become this popular? Not to the climax that I’m at now, but it’s very interesting to see how far it can go.”

Tweeting can only get you so far, however. Johnson will set the keyboard aside and do what really makes him a fan favorite this Friday against Alex Theran on the debut event from Roc Nation Sport’s “Throne Boxing.” The fight will be televised on Fox Sports 1.

When Johnson types that he wants a more exciting fight than the one he’s watching at a given time, he’s well within his rights, because he is seemingly involved in one every time he sets foot in the ring.

Last year, he was involved in a Fight of the Year contender with Curtis Stevens on NBC, and followed it up with a victory over Mike Gavronski in a high-tempo affair on ESPN2.

“That’s just my nature. I just like to fight. I go in the ring giving the fans what I would want as a fan. I want excitement. Naturally, I’m just good at going in there and being a pressure fighter and letting my hands go. I don’t mind taking a few blows, I know I have a knack for taking a few blows,” said Johnson, who cites Joe Frazier, Marvin Hagler and Evander Holyfield as his idols.

Unfortunately, that knack for taking a few blows put him on the losing end of the aforementioned thriller with Stevens, albeit controversially.

Up until the final 59 seconds of the fight, Johnson had outhustled Stevens and mauled him on the inside, landing, and taking heaps of power shots. One of those vaunted Stevens left hooks finally wobbled him, and though he appeared to be defending himself competently along the ropes, referee Gary Rosato waved the fight off.

Johnson was ahead on all scorecards, and simply needed to make it to the final bell to get the victory. In the immediate aftermath, he gave several tearful interviews with various media outlets.

“The most heartbreaking, world collapsing moment of my life was when I was robbed in that fight. Robberies happen in sports on the regular, and I hate to even say to myself that I was robbed, but that was a clear indication that they do happen in sports,” said Johnson. “(But) it shows on my record that I lost to Curtis Stevens. Ain’t no changing that. That’s evidence in itself. That’s something that I have to accept.”

Johnson claims he’s made major adjustments in his training regimen as he prepares for Theran, including a tougher weight training regiment, as well as tougher roadwork – both added mileage overall, and a faster pace on his usual four mile runs.

Moreover, he believes a bit of technical boxing might be necessary against a tall southpaw, something he has in his back pocket thanks to nine years spent training in Cuba.

“You’re training among some of the most phenomenal, experienced and intelligent fighters in the world in Cuba. I’m not much of a technical fighter, like the Cubans are, but I was able to learn some of the boxing skills which are a contribution to my 17 wins as a professional fighter,” said Johnson.

His most important skill might prove to be his charm, though. On Jan. 9, Johnson tweeted: “Who should be the co-feature on @RocNation Jan 9 card? I think the show needs some Bahamian flavor.”

It would appear that boxing fans – and one Bahamian fan in particularÔÇöwill get their wish.