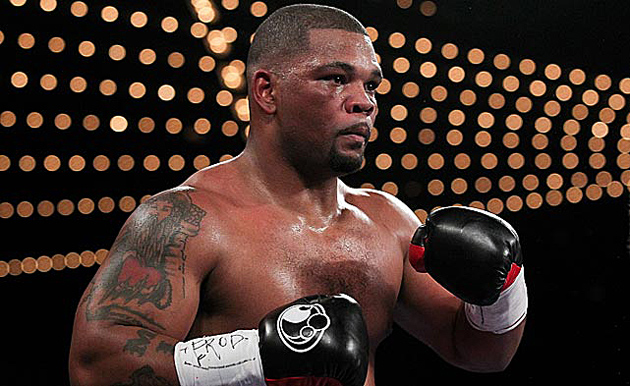 Heavyweight contender Mike Perez could face an opponent to be determined on the undercard of a Jan. 9 main event between lightweights Darleys Perez and Jonathan Maicelo, promoters Gary Shaw and Tom Loeffler informed RingTV.com on Friday.

Also added to the card, which will take place at the Chumash Casino Resort in Santa Ynez, Calif., is a welterweight bout between Francisco Santana (21-3-1, 10 knockouts) and Kendal Mena (20-0, 11 KOs), according to Shaw.

A 29-year-old Cuban southpaw, Mike Perez (20-1-1, 12 KOs) is 1-1-1 over the course of his past three fights and was last in action for a disputed split decision loss in July to undefeated Bryant Jennings, who is in negotiations to challenge RING champion Wladimir Klitschko on April 25.

Prior to facing Jennings, Perez battled once-beaten Carlos Takam to a draw in January that had followed a brutal November 2013 10-round unanimous decision victory that left Magomed Abdusalamov in a medically-induced coma.

“We’re still looking for an opponent for Mike Perez,” said Loeffler. “So we’re just looking to finalize that. Hopefully, that will happen today.”

In his last fight in August, Santana scored a fifth round knockout over Luis Alfredo Lugo that had followed a unanimous decision in June over previously undefeated junior middleweight Eddie Gomez.

A rising junior welterweight, Mena has won his past three fights by knockout and was last in the ring for second round knockout of William Tapia on Dec. 7.

Mena has not yet fought a boxer with a winning record. In addition, with the exception of his sixth round technical knockout over Ambioris Figuero (who entered with a mark of 13-13-5 in August 2008), Mena has not even faced a fighter with a .500 record.

Since falling by unanimous decision to Yuriorkis Gamboa in June 2013, Perez, of Columbia, has won three straight fights. Perez, 31, was last in action for a sixth round knockout against Jaider Parra in October, ending Parra’s three-fight winning streak.

Maicelo, 31, is 4-1 with two knockouts since August 2012, when he made his debut under Shaw with a unanimous decision over Wilfredo Acuna in support of Perez’s split decision victory over Bahodir Mamadjonov.