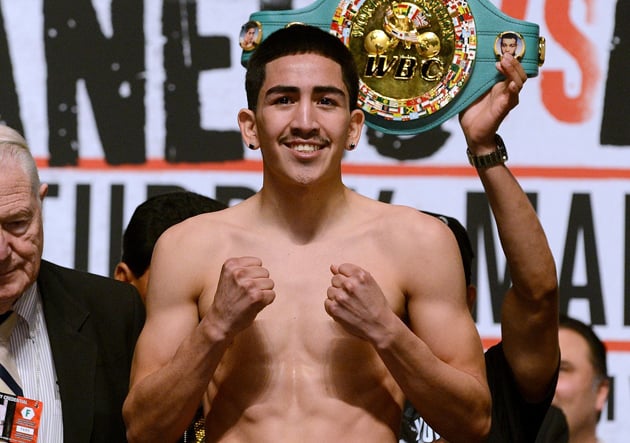 Leo Santa Cruz will defend his WBC junior featherweight title against Jesus Ruiz on the undercard of a heavyweight bout between WBC titleholder Bermane Stiverne and Deontay Wilder on Jan. 17 at the MGM Grand in Las Vegas, according to Golden Boy matchmaker Eric Gomez.

Showtime will televise both fights in the U.S.

Santa Cruz (28-0-1, 16 KOs), THE RING’s No. 2-ranked 122-pounder, last fought in September when he blew out over-matched Manuel Roman in two rounds on the undercard of the Floyd Mayweather Jr.-Marcos Maidana rematch. The 26-year-old Southern Californian only fought twice in 2014.

Also on the card will be junior welterweight prospect Amir Imam (15-0, 13 KOs), of Albany, N.Y., against hammer-fisted southpaw Fidel Maldonado Jr. (19-2, 16 KOs), a winner of six straight fights, including the past five by knockout.