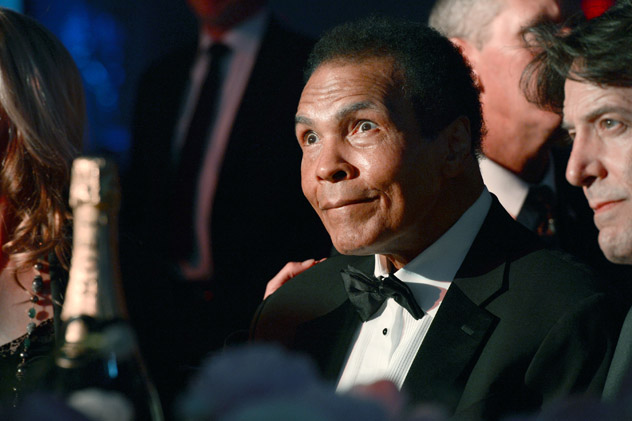 A “vastly improved” Muhammad Ali is expected to be released on Monday after having been hospitalized on Saturday with “a mild case of pneumonia” that was caught early, Ali spokesman Bob Gunnell told The Associated Press.

No other details are being released out of respect for privacy and due to a request by the three-time heavyweight world champion’s family, according to Gunnell.

Ali, 72, who is battling Parkinson’s disease, has homes in Arizona, Michigan and Louisville with his wife, Lonnie.