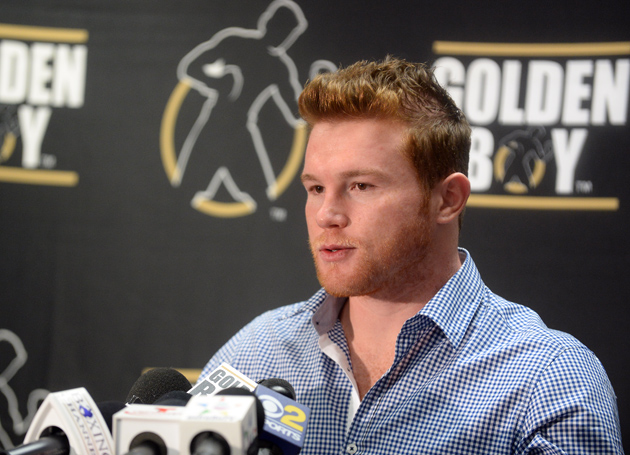 The ongoing litigation between Golden Boy Promotions and All Star Boxing over the contract of former junior middleweight titlist Canelo Alvarez has been moved to June, according to Golden Boy attorney Judd Burstein.

The trial was originally scheduled to begin last week in the Dade County circuit court in Florida.

“It was put off because All Star Boxing’s damages expert became unavailable due to a family problem and the court granted All Star more time to bring its new expert up to speed,” said Burstein, who was reached on Thursday.

All Star Boxing filed a suit claiming Golden Boy interfered with its contract with Alvarez, which All Star CEO Tutico Zabala contends was signed in January 2010 and is still is in effect. Golden Boy, according to Burstein, argues that Alvarez’s contract “was secured by fraud” and therefore “is an unenforceable agreement.”

In the meantime, Golden Boy and Top Rank Promotions are in negotiations for Alvarez to face RING middleweight champion Miguel Cotto on May 2. Alvarez has agreed to terms for the fight, according to Golden Boy President Oscar De La Hoya.

“Both sides agreed that the trial should go forward after Canelo’s next bout so that there would be no interruption of his training,” said Burstein. “We’ve agreed to move it to June but we don’t have a set date yet. That’s subject to what the court wants.”

Super middleweight Gilberto Ramirez (30-0, 24 KOs), the self-proclaimed “next big thing” to come out of Mexico, will return to action against Russia’s Maxim Vlasov (30-1, 15 KOs) on the Jan. 24 Mike Alvarado-Brandon Rios III card in Bloomfield, Colorado, according to an ESPN.com report.

Vlasov, 28, has won 11 consecutive fights, five by knockout. He’s coming off a seventh-round knockout of Ruben Eduardo Acosta in July.

HBO TO REPLAY MAJOR FIGHTS FROM 2014 OVER FOUR DAYS STARTING ON DEC. 27

The following is the line-up of fights with times listed. All times are ET/PT.

Everton Lopes, a two-time Brazilian Olympian, has signed with Los Angeles-based Sheer Sports Management and will soon make his professional debut as a 135-pounder under the Golden Boy banner, according to a release.