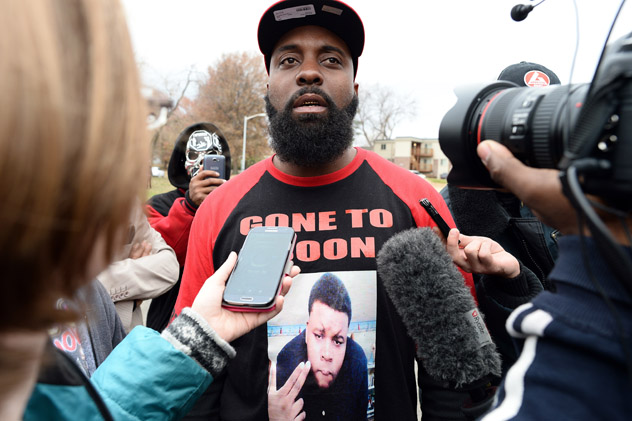 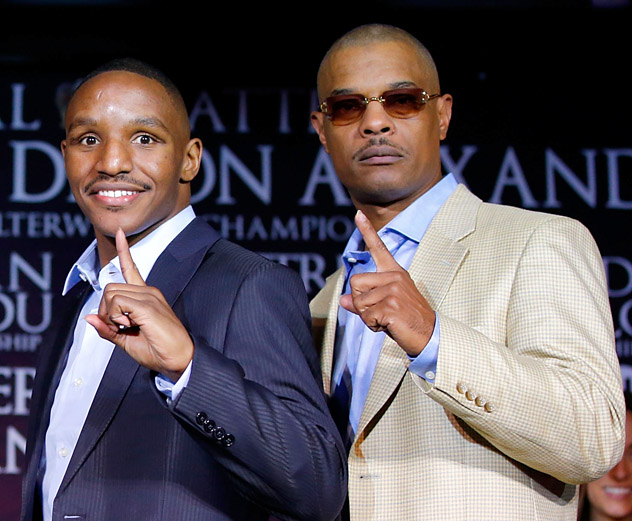 Mike Brown Sr., the father of the unarmed 18-year-old African American man who was fatally shot in August by policeman Darren Wilson in Ferguson, Missouri, is expected to be ringside for Saturday’s clash between Devon Alexander and Amir Khan at the MGM Grand in Las Vegas.

Ferguson is connected to St. Louis, where Alexander is from.

Cunningham, along with two-division titlist Alexander (26-2, 14 knockouts), addressed the development during a Monday conference call ahead of the bout with Khan (29-3, 19 KOs) in the headliner of a Showtime-televised quadrupleheader.

“I want to bring all of the positivity. I know that all of St. Louis is going to be looking at me because of the Ferguson situation,” said Alexander, 27, who will making his Las Vegas debut against Khan.

“They’re looking for something positive to come along with all of the rioting that’s going on and things like that. This win is going to make them feel like they’ve won, too. I definitely want to look good and to make a statement doing it and bring this victory back home to St. Louis.”

Cunningham was a former narcotics detective who was working as a patrolman monitoring local elementary schools when he met a 7-year-old Alexander.

Cunningham recruited Alexander and 29 other children into boxing, offering an abandoned police station and former shooting range turned recreation center as a respite from the crack-fueled neighborhood run by notorious street gangs the Crips and the Bloods.

Cunningham addressed the protesting and civil unrest within the Ferguson community that has resulted in the wake of Brown’s death, and Wilson’s not being indicted last month.

“It’s a sad situation, but I think that it’s a situation that is taking place not only in Ferguson but all over the country. When you’ve got the powers that be in city hall and in the police department that doesn’t represent the community that it’s serving,” said Cunningham, “you’re going to always have problems. Until we get to a point where we can go out and vote and put people in office that understand the people in the community that they represent, there are always going to be problems. I think that’s a nationwide problem, and not just a Ferguson problem.”

Asked why boxers in general don’t make more political or social statements following events like Ferguson, Cunningham said, “I just think that everybody wants to stay politically correct because everybody is image-conscious and focused on the image. You’ve got corporate sponsors and you’ve got to be careful about pissing off your sponsors and whatnot, so you don’t have a lot of the guys that stood up like the Muhammad Alis, and the Jim Browns and the Kareem Abdul Jabbars were back in the day.

“But, you know, that’s a political situation and everybody wants to be on the right side of the political issue in terms of their image and to stay politically correct and protect their monetary values and protect their sponsors and they don’t want to screw over their careers. People will turn on you if the wrong thing comes out of your mouth. Because once it goes out there, you can’t take it back, so you’ve got to be kind of careful. But if it’s the truth, and it’s from the heart, then I don’t see any problem with speaking up for what’s right.”

“It’s just that everybody, you get scrutinized when you come out and say something,” said Alexander. “It’s like you get punished for saying what you feel these days or for saying the truth, nowadays. So a lot of people are scared to say anything.

In his last fight in May, Khan, 27, scored a one-sided unanimous decision over former welterweight titleholder Luis Collazo, whom he floored three times.

Alexander believes that, under the circumstances, Saturday represents the perfect time to be facing Khan in Las Vegas.

“It was all because of the opportunity. I just wasn’t presented with the right time to fight in Vegas. A couple of times in the beginning of my career, when I was supposed to, it always fell through,” said Alexander.

“But like I’ve said, I would always say to myself that whenever I do fight in Vegas, it’s going to be for something big, and what’s bigger than this, but to be at the MGM Grand? So I’m excited to be in Vegas for this one.”