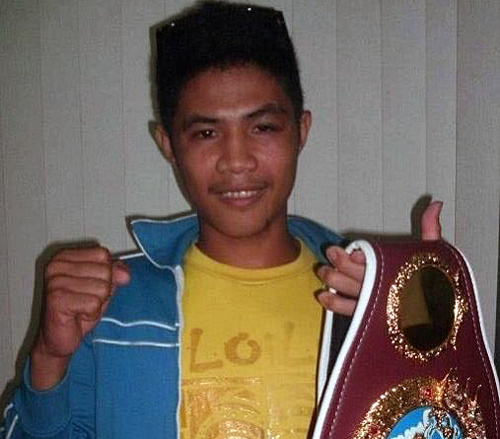 “I really can’t say much because it’s not my fight, it’s up to [Klitschko camp affiliate] Shelly Finkel and Bernd Boente to comment,” said Shaw, “but I can tell you on the record that I’ve been contacted, and I’ve had some discussions and that’s all that I can really comment on. They have mentioned that [April 25] as one of the dates, yes.”

Klitschko (63-3, 53 knockouts), who holds THE RING, WBA, IBF and WBO titles, is coming off fifth-round stoppage of previously undefeated Kubrat Pulev last month. The bout was the first of a three-fight deal Klitschko has with HBO.

The 38-year-old champ made his 17th straight defense with the stoppage of Pulev, representing Klitschko’s 26th title bout. His record in title bouts is 24-2 including 22 defenses (over two reigns) that ranks second only to that of the 25 (all consecutive) by the legendary Joe Louis.

Jennings (19-0, 10 KOs), of Philadelphia, was last in action for a split-decision victory over previously unbeaten Mike Perez in July, ending Jennings’ own run of four straight stoppage wins.

“Jennings would love to fight Klitschko, and it’s an honor that he is being considered. As always, he will work hard. He works hard every day,” said Shaw.

“If the opportunity is given to us, then I’m sure that he is going to accept it. I think that he will really do a good job. I’m confident in Jennings’ ability to fight and in his athleticism.”

THE RING’s No. 5-rated heavyweight, Jennings, 30, is actually the mandatory challenger to the winner between RING No. 2-rated WBC titleholder Bermane Stiverne and RING No. 6-rated Deontay Wilder.

Stiverne-Wilder could be headed for Las Vegas on Jan. 17 or Jan. 24 on Showtime, according to Golden Boy Promotions president Oscar De La Hoya.

“Stiverne has the title, but Klitschko is the recognized champion and he’s holding most of the belts,” said Shaw. “I have great respect for the WBC, and we’re supposed to be next in line for the winner of Stiverne and Wilder. If Jennnings gets that opportunity to fight Klitschko, then it’s for a lot of belts, and THE RING belt, as well.”