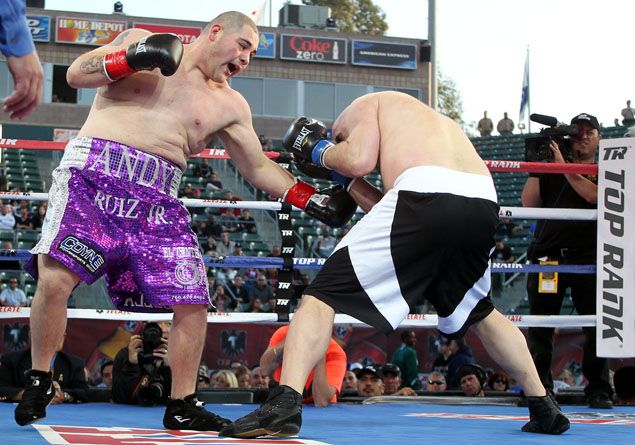 Undefeated heavyweight prospect Andy Ruiz will return to the ring on the undercard of the Jose Ramirez-David Rodela show on Oct. 25, Top Rank matchmaker Bruce Trampler told RingTV.com on Monday.

Ruiz is scheduled to fight Kenny Lemos in an eight-round bout on the Top Rank card that will take place at the Selland Arena in Fresno, Calif. and will be televised on UniMas.

In the main event, Ramirez, an unbeaten junior welterweight prospect and 2012 United States Olympian, will face well-traveled journeyman Rodela in an eight-round bout. Ramirez resides in nearby Avenal.

Ruiz has not fought since May 17, when he stopped veteran Manuel Quezada in the second round. With the knockout over Quezada, Ruiz has stopped his last eight opponents in a row.

Should he come victorious, Ruiz is scheduled to come back to the ring within six weeks. Trampler said Ruiz will appear on a fight card in Phoenix on Dec. 6.

Lemos (12-8-2, 8 KOs) was unbeaten in the three bouts before losing an eight round unanimous decision to James Toney on June 28 in Ignacio, Colo.