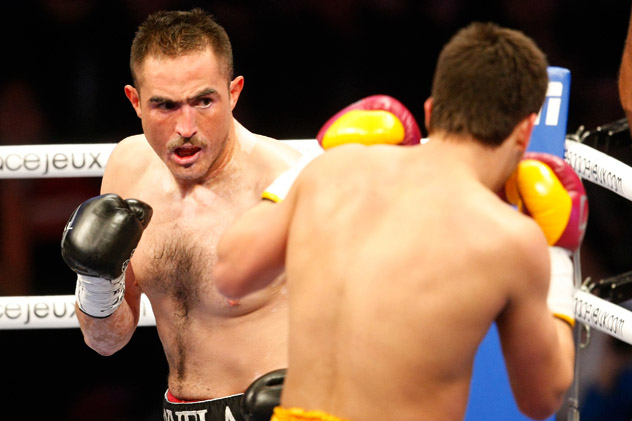 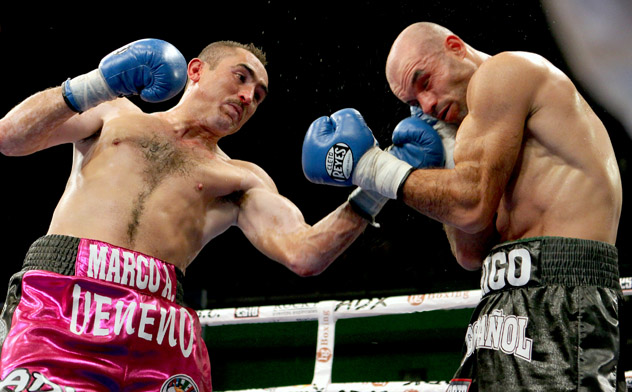 When Marco Antonio Rubio faces Gennady Golovkin this Saturday, he’ll be stepping into the ring with arguably the most feared puncher in boxing.

Golovkin has accounted for his last 17 opponents inside the distance, often in devastating fashion. However, in Rubio he‘ll take on an experienced fighter with a 77 percent knockout rate and a very respectable record of 59-6-1 (51 knockouts).

The gnarled old pro is full of respect for the WBA champion.

“Golovkin is a great fighter,” Rubio told RingTV.com through translator Julio Gudino. “[He] throws a lot of punches, [he has] good conditioning.”

However, Rubio doesn’t view the Kazakhstan native as invincible.

“I think his weaknesses are in his defense. He leaves himself open, which allows for a puncher like me to land.”

“Rubio’s a Mexican warrior and he’s going to go out and give it his best,” said Garcia. “Who knows what happens with Triple G when he goes into the later rounds or when he gets hit by somebody like Rubio.”

As well as Golovkin-Rubio, the HBO telecast from StubHub Center in Carson, Calif., will feature an interesting featherweight fight between Nonito Donaire and Nicholas Walters, who will contest for the WBA title. The broadcast begins at 10.00 p.m. ET/PT.

Anson Wainwright – What are your thoughts on your fight with Golovkin?

Marco Antonio Rubio – This is going to be a great fight. We are both coming to prove something, GGG that he truly is the best, as people say, and me to prove that I’m the best middleweight now and take his [WBA title].

AW – People talk about Golovkin’s power, but do you feel your own power is overlooked?

MAR – I don’t know that I’m being overlooked, I just think that he’s the hot ticket right now. But people will see another boxer with power in the ring with him.

AW – You’re very experienced – you’ve been a pro for 14 years and fought big punchers before like Julio Cesar Chavez Jr., Kelly Pavlik and David Lemieux. How do you feel those experiences will help you going into this fight?

MAR – As you state in your question, it’s my experience that will help. I’ve won and lost big fights. I’ve learned from them all and will bring that with me to the ring.

AW – Your last fight was back in April when you stopped Domenico Spada in 10 rounds. Can you tell us about that fight?

MAR – That was a good fight. He fought a little dirtier then I anticipated, but I stayed patient and landed when I needed to for the knockout.

AW – You’re training with Robert Garcia – how has that helped improve you and get the best out of you?

MAR – Robert has been a great asset to me. He is very detail-oriented and tactical. He brings me great confidence in myself and my corner. It’s great having him.

AW – If we go back, you’re from Torreon, Mexico – can you tell us about your youth?

MAR – Well, nothing surprising here, I lived a good life with both of my parents and brother and sister. Unfortunately they both passed earlier than I would have liked. It would be great for them to both be here with me to see the success that I have had in life.

AW – How did you become interested and then take up boxing?

MAR – I became interested through going to the gym and watching my brother box. It intrigued me and I decided to start training with him. I started in my late teens and I found that I was the hardest puncher in the gym aside from my brother.

AW – What are your thoughts on the middleweight division?

MAR – Great division. There are a lot of great boxers. It’s amazing to be surrounded by such talent. There is a lot to come within this division.

AW – What is your life like away from boxing?

MAR – I spend a lot of time with my family – well, that’s all I do. I have my wife and two beautiful daughters. I also run my gym when I’m home, which happens to be next door to my house so it all works out perfect.

AW – In closing, do you have a message for Golovkin ahead of your bout?

MAR – No message, I just expect that he is going to come prepared and ready to give the fans the fight they want to see. This will be a night to remember, one of us is going to be knocked out. And I can tell you this, I’m coming prepared to knock him out!