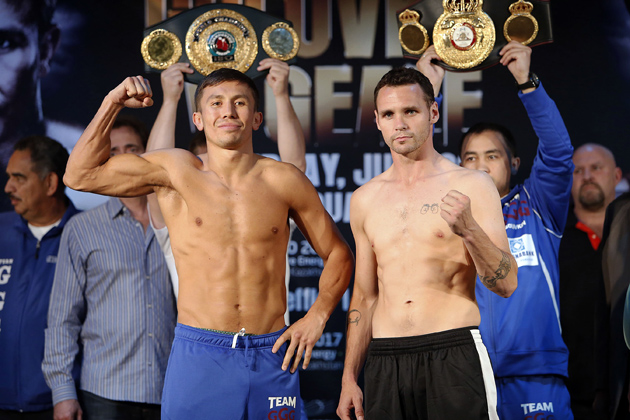 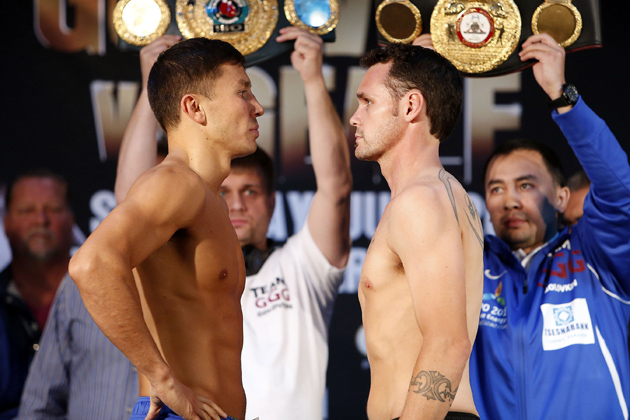 NEW YORK – Gennady Golovkin and Daniel Geale made weight for their WBA middleweight title bout on Friday at the official weigh-in in the lobby of the Chase Theatre at Madison Square Garden, the site of their Saturday showdown.

Heavyweights Bryant Jennings and Mike Perez also weighed in for their co-featured bout, which will be televised on HBO along with Golovkin-Geale. Jennings weighed 222.6 pounds and Perez weighed 242.2 for their WBC heavyweight title eliminator.

Welterweight prospect Dusty Hernandez-Harrison weighed 147.6 for his bout against Wilfredo Acuna, who weighed 147.8.

Junior middleweight standout Glen Tapia was scheduled to face Salim Larbi, of France, in a scheduled eight-round bout, but moments before the weigh-in, the New York State Athletic Commission told Tapia that he failed his pre-fight physical due to irregularities with his blood work.

There was also a rumor going around the weigh-in that Larbi wanted to back out of the fight due to an injury, but that rumor was not confirmed.