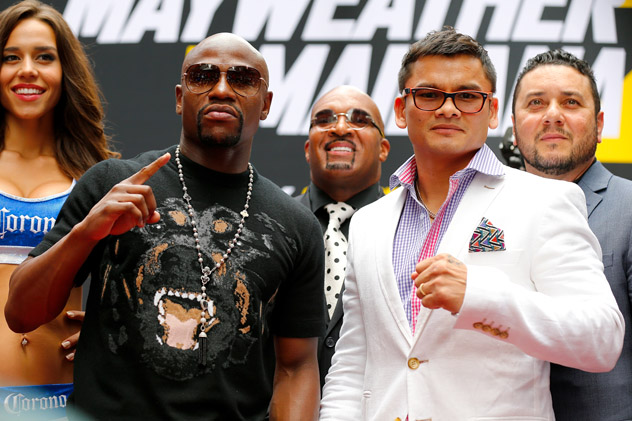 WASHINGTON, D.C. — Although Floyd Mayweather Jr. would like to compete in New York before he retires, the 37-year-old has decided to fight in Las Vegas for the 13th time in his rematch with Marcos Maidana on Sept. 13 at the MGM Grand.

In May, Mayweather scored a majority decision victory over Maidana at the MGM, choosing that venue over fighting in Brooklyn, N.Y., despite what Barclays Center CEO Brett Yormark characterized as the “most unprecedented offer ever made outside of Las Vegas.”

Mayweather addressed his rationale on Monday during an interview at DAR Constitution Hall with a small group of reporters, including two from BoxingScene.com and USA Today.

“Like I said before, it’s always been one of my ultimate goals was to fight in New York City. Before the Barclays Center was built, I always wanted to fight in Madison Square Garden. But you know, Barclays Center is making a lot of noise right now,” said Mayweather.

Ask what role was played by New York’s tax implications as compared to Nevada in to his decision, Mayweather was unclear.

“But there’s nothing like a Las Vegas-Mayweather weekend. You get a chance to do a little bit of everything. There’s nothing but the biggest and best stars come out and everybody comes to the event and enjoy themselves. That’s what it’s about.”

Does he believe that a fight in New York will ever come to fruition?