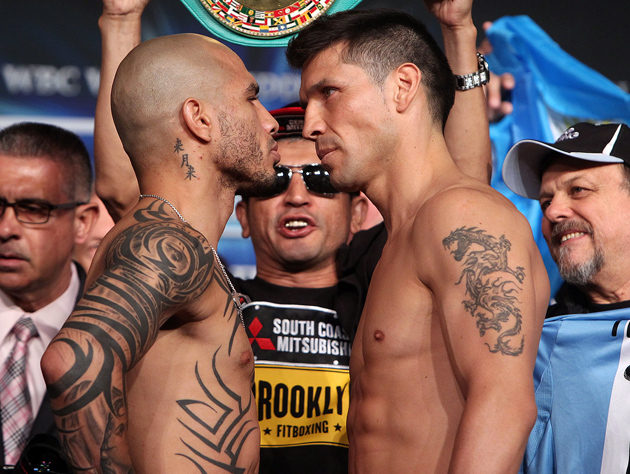 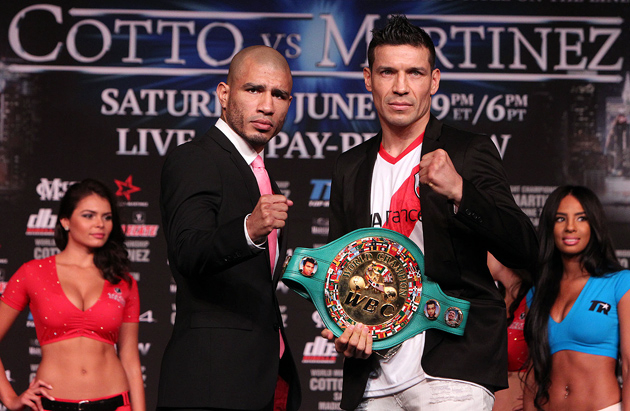 If Miguel Cotto beats Sergio Martinez for THE RING and WBC middleweight titles, he joins some of the most celebrated boxers in history as a former welterweight star stepping up to best the top middleweight. Photo by Chris Farina

The glamour weight classes of professional boxing have always been the welterweight, middleweight and heavyweight divisions.

During many previous decades (including this one to an extent) the welterweights and middleweights outshined the big men of the sport. Nobody shines as bright as the stars of the 147-pound division especially when they dare to take on the top middleweights of their respective eras.

Dating back to the start of the 20th Century, the most celebrated welterweight stars of each decade took on the reigning middleweight champ. Going up against the top middleweight was the ultimate challenge for a natural welterweight, regardless of his talent and skill level, and even all-time great 147 pounders failed to beat the best 160 pounders of their day.

Miguel Cotto will be the first former welterweight beltholder to challenge the reigning middleweight champ in this decade when he takes on RING/WBC titleholder Sergio Martinez at Madison Square Garden in New York City.

The three-division titleholder, who established himself as one of boxing’s elite at 147 pounds, wants to make history by being the first boxer from Puerto Rico to win a major title in a fourth weight class.

Truth be told, Cotto will be making history regardless of the outcome of the fight just by daring to be great.

To give young fans a sense of the historical significance of Cotto’s challenge, RingTV.com presents a list of other welterweight stars – all of whom are currently enshrined in the International Boxing Hall of Fame – who challenged the reigning middleweight champs of their day, from previous decades to the present. 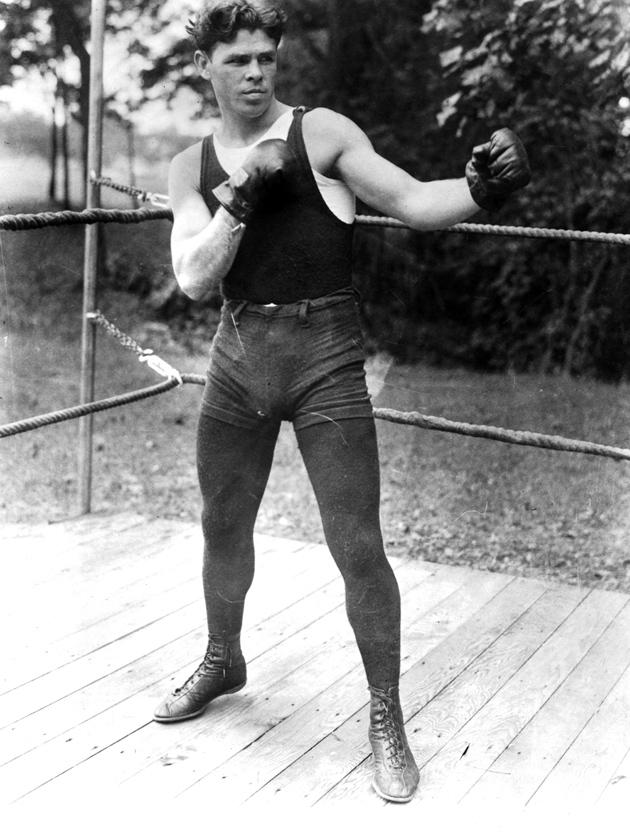 Nicknamed “The Toy Bulldog,” Walker was one of most popular fighters of the 1920s. The charismatic, hard-fighting and fast-living slugger didn’t just challenge the top middleweights of his era, he fought best light heavyweights and heavyweights of his day, including fellow hall of famers Paul Berlenbach, Tommy Loughran, Maxie Rosenbloom, Jack Sharkey and Max Schmeling.

Fought for middleweight title(s): On July 2, 1925, against Harry Greb; and on Dec. 3, 1926, versus Tiger Flowers. Walker lost a 15-round decision to Greb, but beat Flowers for the middleweight championship via disputed 10-round decision.