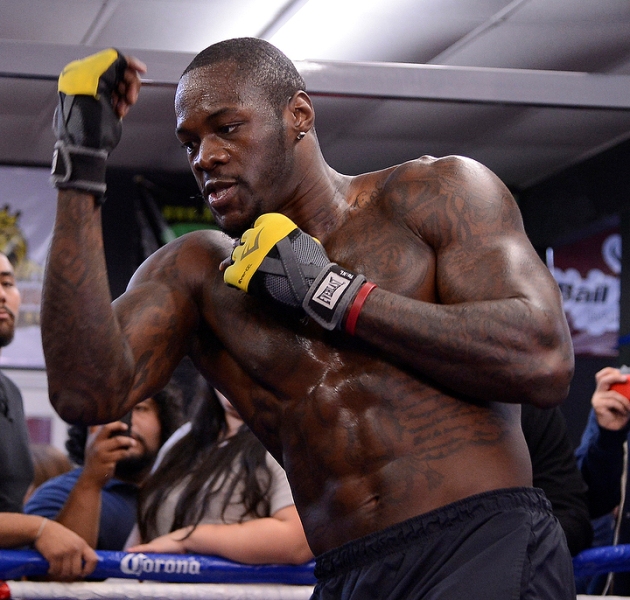 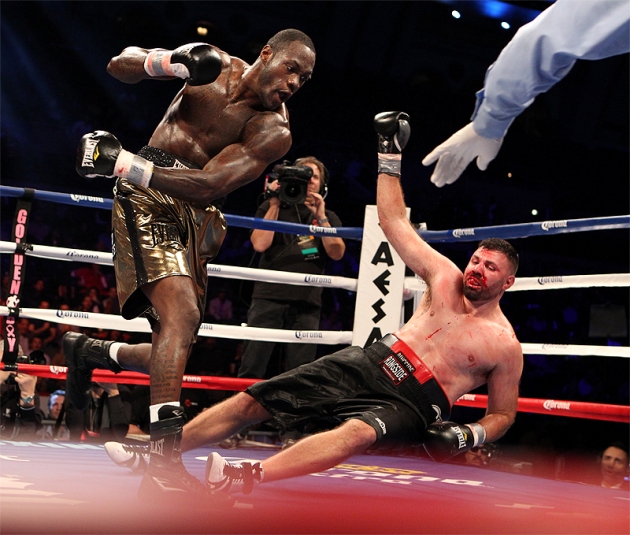 Heavyweight knockout artist Deontay Wilder called his WBC title-elimination bout against Malik Scott on March 15 "super, super important" given that the victor will be the mandatory challenger to the winner of the Bermane Stiverne-Chris Arreola rematch, which is for the title vacated by Vitali Klitschko.

"First and foremost, I'm very grateful for the opportunity, and it's not only a blessing, but a great moment," said Wilder, a 2008 Olympic bronze medalist who has won all 30 of his professional bouts by knockout.

"It's going to be most important that, come March 15, I display something that I never have before and that I show the world that Deontay Wilder has really arrived now and that I'm ready to be the world champion."

Wilder and or Scott (36-1-1, 13 KOs) will be next in line to challenge either Stiverne or Arreola, whose bout has not yet been scheduled. Wilder and Scott will meet at the historic Colisio Ruben Rodriguez in Bayamon, Puerto Rico, as part of a Showtime card that is headlined by RING 140-pound champion Danny Garcia and Mauricio Herrera.

Wilder, a 6-foot-7 fighter from Tuscaloosa, Ala., is coming off a fourth-round stoppage Nicolai Firtha, whom he dropped three times, last October.

The win over Firtha was Wilder's fourth of 2013, following a second-round stoppage of Matthew Greer in January, and back-to-back first-round KOs of ex-beltholder Sergei Liakhovich in August and 2000 Olympic gold medalist Audley Harrison in April.

Wilder thought often of the then-ailing Hall of Fame trainer Emanuel Steward when he was celebrating his 27th birthday on Oct. 22, 2012 in Austria.

During that time, Wilder was serving as the primary sparring partner for RING, IBF, WBA and WBO champion Wladimir Klitschko, who had been trained by Steward. Wilder worked with Klitschko in advance of his unanimous-decision victory over Mariusz Wach in November 2012.

Before his death at the age of 68 on Oct. 25, 2012, Steward had called Wilder  “No. 1…among the American heavyweights,” as well as “the best heavyweight prospect for winning the heavyweight title.”

"This fight is super, super important. It means everything," said Wilder. "It means bragging rights, it means fighting for a world title, and it means backing up everything that I have said up until now, and that I'm totally capable of being a world champion, just like Emanuel Steward once said that I would."

Wilder also served as a sparring partner for former heavyweight titleholder David Haye before his scheduled bout with unbeaten 6-foot-9 contender Tyson Fury was postponed after Haye suffered a cut during his final day of sparring in September.