David Haye-Tyson Fury off again – this time for good 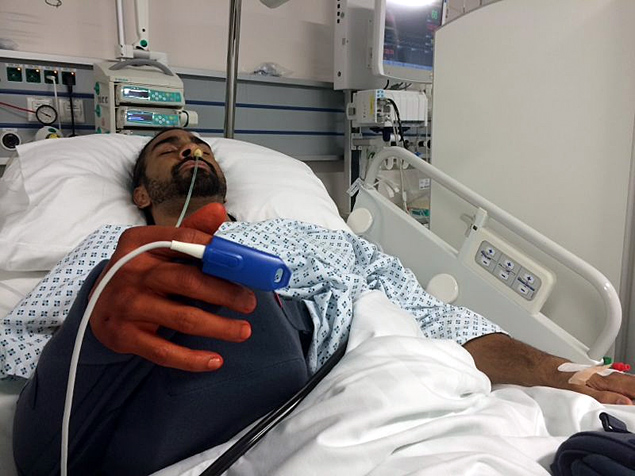 Former WBA heavywieght titleholder and world cruiserweight champion David Haye underwent surgery in Germany on Thursday morning (Nov. 14) to reconstruct his right shoulder, and has been advised to seriously consider ending his career in professional boxing.

The operation was to the right subscapularis and bicep tendon attachments, both of which were ruptured.

“I genuinely believed the shoulder injury wasn’t that bad,” said Haye (THE RING’s No.3-rated heavyweight). “But the doctor sent me for a detailed MRI scan and within 24 hours I was told the full extent of the damage. Twenty-four hours after that I was in the operating theatre.

“It’s a crushing blow for me. I had big plans for next year and the ultimate goal was to win back the world heavyweight title, something my amazing fans deserve. What I didn’t anticipate was that this year would be the unluckiest of my career and that a number of injuries would disrupt my plans so much. Perhaps it just wasn’t meant to be. The boxing Gods keep hinting that maybe enough is enough and that it’s time to finally hang up my gloves.”

This latest injury means Haye vs. Fury is off, this time indefinitely.

“The surgery and subsequent results are a bitter pill to swallow because I truly felt I had a lot more to offer and was looking forward to paying back my loyal fans with some great fights in 2014,” said Haye. “But I’ve been boxing for 23 years now, amateur and pro, and this has clearly taken its toll on my body.

“I can only offer my sincerest apologies to all those fans who have followed me over the years and, like me, wanted to finish on a real high. This wasn’t how I wanted to end 2013.

“If I’m now destined to have won the European championship, the unified world cruiserweight championship and the WBA heavyweight championship of the world – with a record of 28 fights, 26 wins, 24 victories coming via knockout and only two defeats – then so be it. I’m proud of these achievements and consider my boxing career a huge success.”

Haye and Fury were initially scheduled to meet in Manchester on Sept. 28 but “The Hayemaker” sustained a cut in training, which led to the bout being postponed, with only one week until fight night.

The heavyweight attraction was rescheduled for Feb. 8, 2014 but Fury (THE RING No. 6) is on record as saying that the Haye camp would withdraw for a second time.

Regardless of his foresight this news will be devastating for the Manchester man, who has been in training since the summer.


*** All fans with tickets to Haye vs. Fury on Feb. 8 should go to their point of sale for a refund. Hayemaker Boxing apologise for the inconvenience caused ***