Cleverly to continue career at cruiserweight 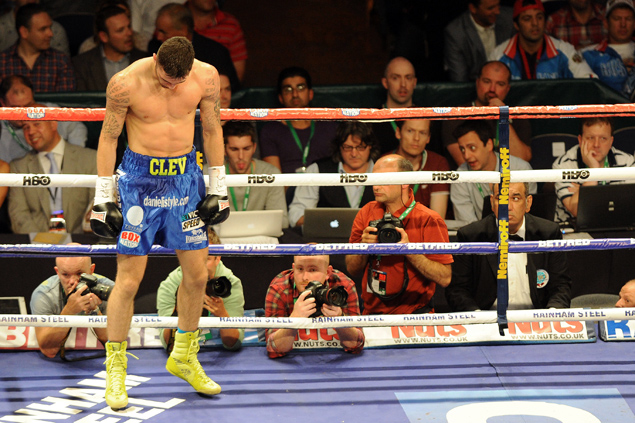 It wasn’t a good night for Cleverly, who was stopped in the fourth-round in front of his home fans in a packed Motorpoint Arena, Cardiff, Wales. It was the low point of the previously unbeaten boxer’s career.

“I have moments, flashbacks and I’m disappointed by the loss, the way I lost, Celverly told RingTV.com. “(I’m) disappointed when I look back but ultimately in the bigger picture I’m in a good place.”

After the fight Cleverly took a vacation with his girlfriend and got away from the sport.

“I’ve had a break from boxing,” he said. “I’ve been on holiday and lived a normal life and I’ve made plans and decided on my future.”

Immediately after the loss Cleverly, a college graduate with a degree in mathematics, pondered his future and even contemplated retirement.

“I said for a long time if I ever lost I would contemplate on hanging up the gloves because I’ve never been the type of fighter to be in love with boxing,” he said. “I do it because I’ve got a talent at it and I work hard and I kept winning. I was living the dream as a world champion.

“But in terms of loving boxing, I can never say I really loved the sport. I always said I’ll do it while I’m winning. It’s a way of earning a living. If I was going to get beat I’d consider leaving the sport.”

Once he’d come to terms with the first loss of his career, he decided to carry on.

“The only conclusion I came to was I don’t want to leave the sport on that note, losing the way I did,” Cleverly said. “I feel there’s a kind of redemption for me, showing what I can do. I’m going to come back and prove to myself what I can do.” 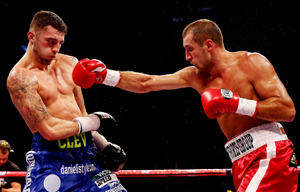 In fact, he wanted to exorcise those demons straight away by facing Kovalev in a return match.

“That was the number-one fight I wanted, I wanted that rematch,” Cleverly said. “I don’t think the last fight was a true reflection and true performance from me. There was no rematch clause. I tried to get the fight but politics and all that prevented it. If it happened, I’d jump at the chance, if not then I’ve just got to move on.”

The Welshman, who’s still only 26 years old, has decided against making wholesale changes, sticking with much of what helped him win a world title.

However, one change he is making will be stepping up to cruiserweight.

“The last four fights now I’ve noticed – if I’m brutally honest – there’s been something lacking, something missing and I just think that could be the weight. I’m convinced it’s the weight because when I spar heavier I’m doing great but as soon as I start getting down to fight weight I’m not the same person. I think now’s the time, the loss was the trigger point to move up a weight.”

The move was prompted by a conversation with the late matchmaker and manager Dean Powell. Vince Cleverly, Nathan’s father and trainer, relayed the conversation.

“I was talking to Dean and I said I think Nathan could do with moving up a weight,” he said. “He’s tall, about 6-foot-3, and he said ‘I’ve been saying that since after the fight with Shawn Hawk in America.’ He said ‘Nathan should have stopped Hawk earlier and he should have stopped (Robin) Krasniqi. If I’d had my way Nathan would have relinquished the WBO title and gone up straight after the Shawn Hawk fight.’ Dean was the first one to tell me Nathan should move up.”

The next chapter of his career is tabbed for either Nov. 30 at The Copper Box Arena in London, a multi-purpose venue that used at last summer’s Olympics, or more likely the Dec. 21 at Leeds Arena as part of the Stuart Hall-Vusi Malinga clash for the vacant IBF bantamweight crown. British and Commonwealth welterweight champion Frankie Gavin will also appear on that card.