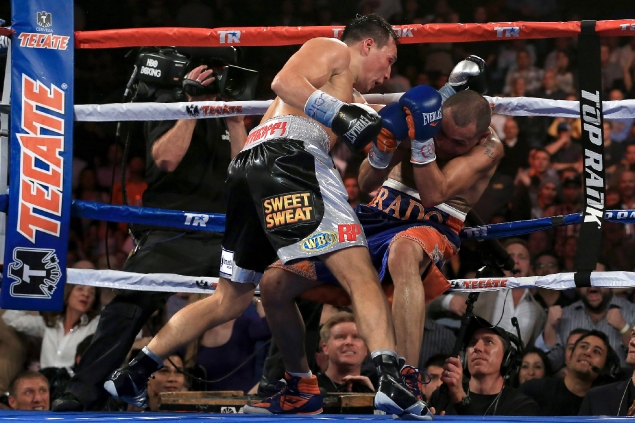 RingTV.com caught up to veteran referee Tony Weeks regarding his stoppage of Saturday night’s junior welterweight fight between Ruslan Provodnikov and Mike Alvarado, who was dropped twice in the eighth round and dethroned as WBO beltholder following a 10th-round technical knockout loss at 1st Bank Center in Broomfield, Colo., a suburb of Denver.

Weeks had worked the previous victory for Alvarado (34-2, 23 knockouts), which was a unanimous decision over Brandon Rios in March that was a rematch of a seventh-round TKO loss from October of last year.

In his last fight, also in March, Provodnikov (23-2, 16 KOs) scored a 12th-round knockdown during a unanimous-decision loss to WBO welterweight beltholder Tim Bradley.

Weeks was working his 22nd match of the year, and one during which Provodnikov out-landed Alvarado 168-137 in overall power shots. Alvarado rose at the count of 9 from the first knockdown, and at 8 from the second.

Weeks said that he halted the contest with a badly battered and swollen Alvarado sitting on his stool between the 10th and 11th rounds after the former titleholder twice indicated that did not want to continue.

Below are Weeks’ responses to a brief Q&A about the clash. 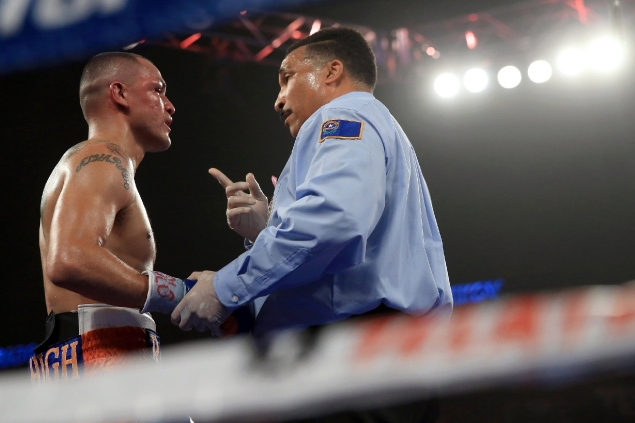 RingTV.com: What was the conversation you had with Alvarado while he was on his stool between the 10th and 11th round?

Okay, after that last round, I saw that Mike Alvarado was pretty much out on his feet. He was going to the wrong corner and I had to direct him to his own corner.

I went over to his corner and I asked Mike directly, twice, “Are you okay?” and “Do you want to continue fighting?” and both times, he said, “No,” so I stopped the fight.

RTV: Up until then, was there any other time where you were close to stopping it?

TW: Well, after the two knockdowns. Backing up, after the first knockdown, I saw that he took the full count to get up, which for me, was an indication that he was seriously hurt.

Then, after the second knockdown, he was still able to continue, but from that point on, I sort of put him on a short leash, and I was really, really watching him. 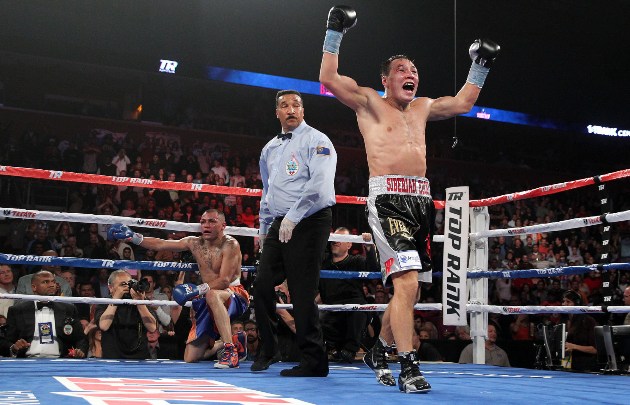 RingTV.com: Is there anything else that you can add or say about the fight or the stoppage?

TW: Well, you know, it was a great fight. I worked the second fight that he had with Brandon Rios and I don’t want anyone to think that Alvarado ever quits.

You know, he was just smart in really just not coming out, and Ruslan Provodnikov was really, really landing some hard bombs.

I just want everybody to know that Mike Alvarado is a true warrior, and that this was not a case of him just quitting. That was a hard, hard, tough fight.