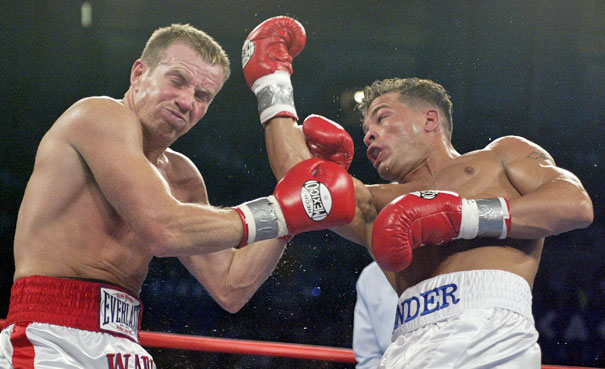 CANASTOTA, N.Y. — There is an emptiness that some fighters feel when a certain opponent, one to whom they are inextricably linked, is no longer around. Perhaps Muhammad Ali feels that way now that Joe Frazier, the yang to his yin, has passed on. Or maybe not.

But “Irish” Micky Ward, who is here for Sunday’s 24th annual International Boxing Hall of Fame induction ceremony, is experiencing some familiar pangs of regret and separation. He has journeyed to this central New York village to pay homage to the memory of two-division world champion Arturo Gatti, with whom he engaged in three classic slugfests from June 2003 to May 2005. Gatti won two of those matchups in what might be described as a blue-collar version of the incomparable Muhammad Ali-Joe Frazier trilogy.

Gatti died under mysterious circumstances at the age of 37 on July 11, 2009. Brazilian authorities say he committed suicide but his family and friends passionately dispute that conclusion.

“It was a pleasure to be in there and fighting him,” Ward, 47, said in what might seem a strange sentiment to non-boxing people who can’t understand the bonding qualities of bruises and lacerations incurred inside the ring. “Our styles just meshed. It’s such a shame that he’s not here for his induction. That’s why I’m here – to represent him in any way I can, and the best way I can.

“We showed the world that you can like someone personally and still try as hard as is humanly possible to beat him in a boxing match. It’s about respect. We fought our asses off, we both wanted to win, but once the fight was over we were the best of friends.” 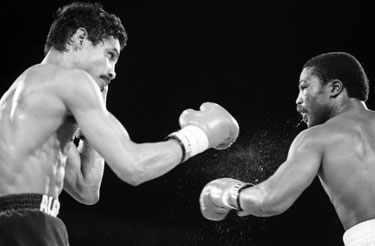 Former WBA junior welterweight titlist Aaron Pryor, 57, was enshrined in the IBHOF in 1996, but “The Hawk” understands, maybe as much as anyone, the remorse Ward must deal with on a daily basis since the other half of his most memorable competitive union has left him alone to deal with the recriminations of the living. Pryor won both of his classic matchups with fellow IBHOF inductee Alexis Arguello (IBHOF Class of 1992), the first of which – on Nov. 12, 1982 in Miami – was won by Pryor on a 14th-round TKO and voted Fight of the Decade by THE RING.

The two often appeared here together to soak in the adulation of fans from around the globe who had come to think of them almost as a single entity, much as those who have gathered here now consider Gatti and Ward.

But Arguello committed suicide on July 1, 2009, leaving a void not only in the lives of those making an annual pilgrimage to this special place but especially so in the life of Pryor, who had come to regard the Nicaraguan legend with the same sort of affection with which Ward holds Gatti. He misses his greatest rival and his friend, whose absence tinged this, his 18th mostly joyful appearance in Canastota, with a coating of sadness.

“Those fights [the Gatti-Ward trilogy] were carbon copies of my fights with Arguello,” Pryor said. “They were great, great fights, man. I watched them all, and it felt like I was back in there with my good friend Alexis Arguello.

“Now Arturo Gatti is dead. Alexis Arguello is dead. I can only guess how Micky Ward feels, but I have a pretty good idea. He doesn’t feel the same as he did when Gatti was alive, because I haven’t felt quite the same since Alexis died. It’s like a part of me is gone, too.

“Some people would never understand it, but Alexis became my best friend. I went to Managua, Nicaragua, to help him campaign for mayor. He didn’t put me up in a hotel, either. He let me stay at his house, with his family. He let me know in so many ways that he liked me as much as I liked him.”

So what would have been the celebration of two celebrated rivalries is somewhat muted, because half of something terrific can’t be all that it was.