Hall of Fame: Basilio gone, not forgotten in Canastota 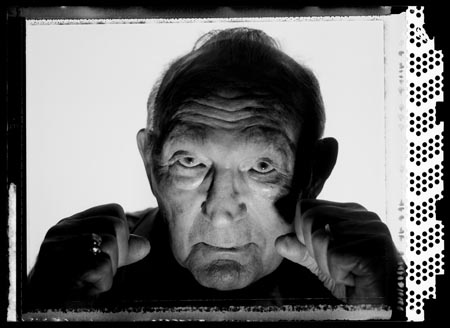 CANASTOTA, N.Y. – It has been a particularly mournful time in the 12 months since the International Boxing Hall of Fame last celebrated the sport’s rich history during its annual Induction Weekend, as was noted Friday night at the Rusty Rail Party House. Four Hall of Famers have died during the interim – three being former heavyweight contender Jimmy Bivins, trainer Emanuel Steward and artist LeRoy Neiman. The passing of a possible future Hall of Famer, Hector “Macho” Camacho, was also noted.

But it was the fourth enshrined great whose life, here most of all, was celebrated and fondly recalled. Part of it because the theme for the evening was “A Night of Welterweight Warriors,” and the late Carmen Basilio – who was 85 when he took his earthly 10-count on Nov. 7 – had been a welterweight champion before moving up and capturing the middleweight title as well. Mostly, though, it is because the IBHOF, which inducts its 24th class Sunday afternoon in this bucolic central New York village, exists almost solely because Basilio, the “Upstate Onion Farmer,” was born here.

And so a procession of outstanding welterweights from different eras strode to the microphone to address the crowd and, whether they were called upon to do so or not, pay homage to Canastota’s most famous son. There was also an auction of three items autographed by Basilio, all requiring minimum opening bids of $147, the welterweight limit, of course, being 147 pounds.

But while Zab Judah, Milton McCrory, Gaspar Ortega, Shane Mosley, Carlos Palomino, Pipino Cuevas, Marlon Starling and Simon Brown all had something nice to say about Basilio, as did former heavyweight contender Gerry Cooney – who probably hasn’t seen 147 pounds since he was in grade school but is a frequent visitor to the IBHOF, where he came to become Basilio’s friend – it was left to Billy Backus and Tony DeMarco to make a special moment even more so.

The 70-year-old Backus, a nephew of Basilio’s who also was born and raised in Canastota, followed in his uncle’s footsteps and became a welterweight champion. Several times during his six-minute address, his voice cracked and he was moved to the verge of tears.

“I’m sweating. My heart’s racing. This year is a tough year,” Backus said after he finally gained enough control of himself to put his emotions into words.

“Let’s talk about family. Carmen comes from a family (that included) nine brothers and sisters, other than himself. The place to meet was his mother’s house. Sunday afternoon, we’d have homemade macaroni and meatballs that big,” Backus’ fingers suggesting something nearly fist-sized. 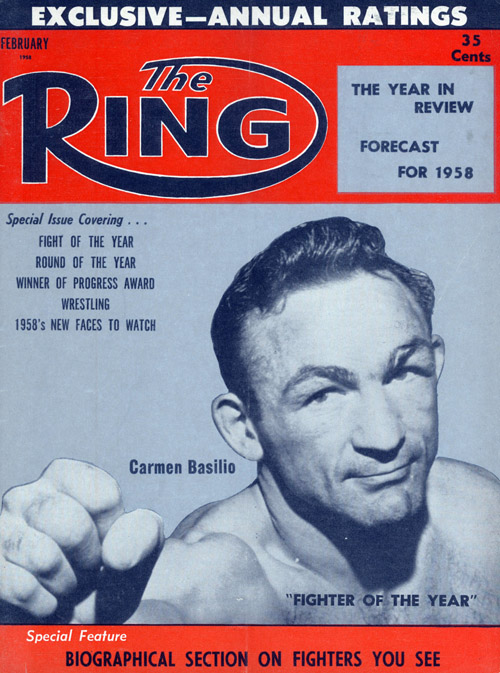 “I am one of, I think 42 nephews. I’m the only crazy bastard that took up boxing. Everybody else went to school.

“But we all had a hero. Carmen was our hero. He was the star of the family. Everybody showed their love for Carmen, and for what he achieved.”

Among the many honors he achieved was participation in THE RING’s Fight of the Year five consecutive years, from 1955 through ’59, a distinction unshared by any boxer, nor is it likely that it ever will be. Basilio’s first Fight of the Year recognition came after he won the welterweight title by outslugging champion Tony DeMarco to win via 12th-round stoppage on June 10, 1955, in Syracuse’s Warm Memorial Auditorium, just 25 miles down the road from Canastota. He also scored a 12th-round TKO of DeMarco in their rematch 5¾ months later in Boston Garden, which was DeMarco’s home turf.

“The toughest individual that I ever fought, and I fought 71 times,” DeMarco said of Basilio. “The reason those fights were great was because I was tough – and he was tougher. He was a great fighter. Durable. Strong. What more can I say?”

Well, he could say, and did, that he and Basilio became close friends, even more so after Basilio traveled to Boston to attend the funeral of DeMarco’s then-14-year-old son, who had died in an accident.

“As close as we were, we became even closer,” DeMarco said. “I was glad he was my opponent. I’m mainly glad he was my friend. He was a great guy, and a great boxer.”