Lamont Peterson W 12 Kendall Holt: This is a tricky fight to pick. I thought Lamont Peterson lost a close fight to Amir Khan in December 2011, and he hasn’t fought since. So who knows how rusty he is?

Meantime, Kendall Holt has that great equalizer that can bail him out of the toughest situations. But can he land it?

This is a hard fight to pick but I’m going to stay with Peterson to stay out of Holt’s range long enough to secure a decision win.

Lamont Peterson UD 12 Kendall Holt:
A big part of me wants to go with Kendall Holt in an upset but I’m a bit unsure.

But Lamont Peterson is facing a layoff of over a year as well as the drama that surrounded him following his failed drug test before the Amir Khan rematch.

So I don’t know where he will be physically and mentally on Friday. Still, I think Peterson is a little more consistent that Holt and I expect him to pull out a tough unanimous decision.

Lamont Peterson W 12 Kendall Holt: Lamont Peterson doesn’t do much spectacularly, but he sticks around and doesn’t give up. He may struggle early with the explosiveness of Kendall Holt, but Holt has never proven able to sustain a performance in a long, difficult fight against a world-class foe.

None of that means it won’t be fun. Both men can be hit, and this could play out as an exciting affair. At the end, it will be just exciting enough to get Peterson back into bigger conversations in the loaded 140-pound division. The call is Peterson by decision.

And Peterson will be especially motivated to prove himself after his positive drug test and subsequent layoff. Peterson could be a bit rusty but he’ll still win a close, but clear decision.

Lamont Peterson KO 8 Kendall Holt: I see this as a potentially exciting fight, but I also see it as a nice showcase for Lamont Peterson to break that rust that’s lingered since he beat Amir Khan in December 2011.

Kendall Holt is smaller, and I think a little shopworn to hang with someone as young and skilled as Peterson.


Lamont Peterson UD 12 Kendall Holt: I’m going with Lamont Petersen on a tough but unanimous 12 round decision. I think Petersen will take his share of shots but will be just busy enough to win most of the exchanges. 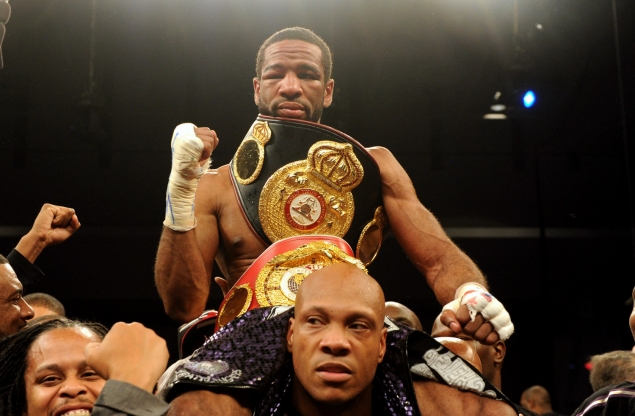 Lamont Peterson W 12 Kendall Holt:
Both fighters have not fought for a long time, so there will be a little rust there. Kendall Holt has tremendous power in his right hand, and if he connects just right, he can put Lamont Peterson on the canvas.

Holt will try for the home run, but Peterson will avoid the big punch and patiently break down Holt, first through the body, then the head. Though he has the weight of high expectations on his shoulders, Peterson will outwork Holt and retain his title.

By a vote of 16-1, the experts give believe Lamont Peterson will have enough to get beyond ex-beltholder Kendall Holt in defense of his IBF junior welterweight belt.