Marquez gets his revenge, knocks Pacquiao cold in the sixth round 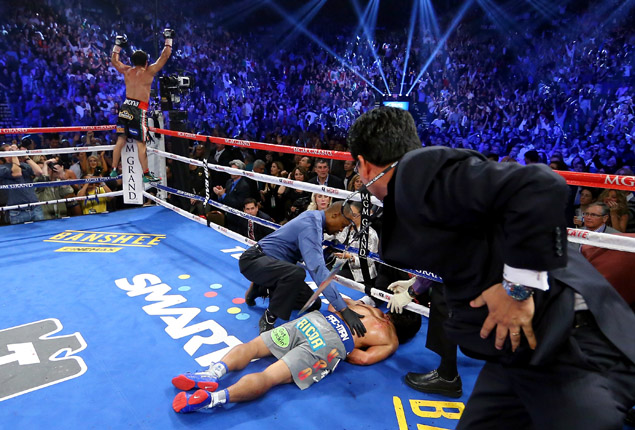 LAS VEGAS — Four-division champion Juan Manuel Marquez got his revenge in the best way possible, dropping Manny Pacquiao in the third round, rising from one himself in the fifth, and then flattening his arch-rival with a blistering straight right hand with one-second left in the sixth round of Saturday night’s fourth showdown between the two future hall of famers before a thrilled and raucaus crowd of 16,348 at the MGM Grand Garden Arena on HBO Pay Per View.

The sudden end came at 2 minutes 59 seconds of the round when Pacquiao walked into a counter right that left him flat on his face near the ropes and his own corner.

It was sweet revenge for Marquez, who had lost a majority decision to Pacquiao last November after having fought to a draw and losing a split decision to the Filipino icon.

Dropped three times by Pacquiao in the first round of their initial meeting as featherweights in May of 2004, and once in the third round of their second as junior lightweights in March of 2008, Marquez gained yet another shot at redemption when Pacquiao chose to face him over a rematch with Tim Bradley, whose disputed split-decision victory dethroned Pacquiao as WBO welterweight beltholder in June.

Pacquiao and trainer Freddie Roach had asked that Marquez abandon his counter-punching style for a toe-to-toe approach seemingly with the hopes of improving Pacquiao’s chances of delivering a knockout.

But it was Marquez who capitalized on Pacquiao’s aggression, putting the finishing touches on the sweetest victory of his career.

Marquez had dropped Pacquiao to his back with a lead right in the third round but touched the canvas with his own glove in the fifth after taking a left from his rival.

Pacquiao tried, but could not finish him off. 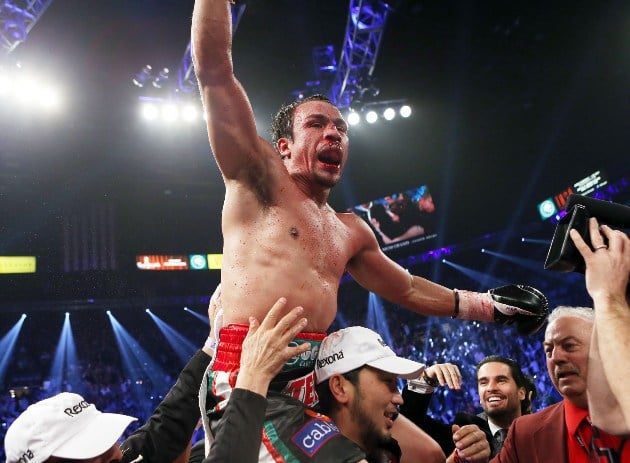 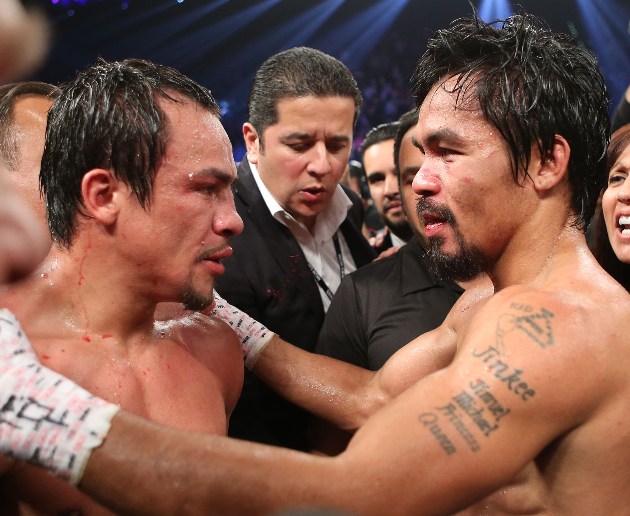 A full post-fight column by Michael Rosenthal will be posted shortly.