Mother: Camacho to be taken off life support Saturday 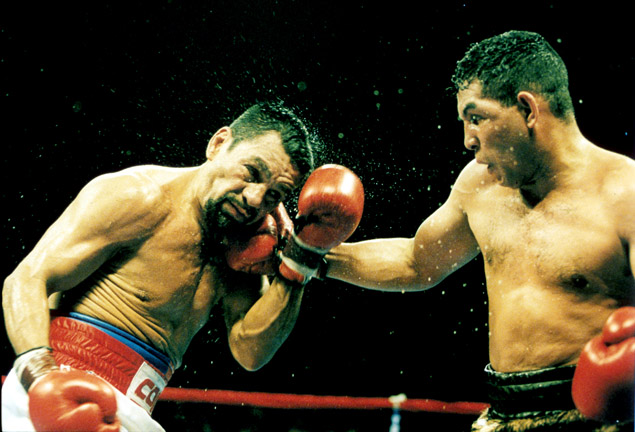 The mother of four-time, three-division champion Hector “Macho” Camacho instructed doctors on Friday night to remove the fighter from life support on Saturday, according to The Associated Press.

“I lost my son three days ago. He’s alive only because of a machine,” said Maria Matias, outside of the hospital where her son has been declared brain dead as a result of being shot in the face on Tuesday. “My son is not alive. My son is only alive for the people who love him.”

While a passenger in a car at about 7 p.m. local time in his native Bayamon on Tuesday evening, Camacho was shot multiple times in the face and neck by someone who pulled up next to him.

The driver of the car Camacho was in was killed, and the boxer was Initially considered to be in stable condition and expected to survive by Dr. Ernesto Torres, the hospital director.

“This guy is a cat with nine lives. He’s been through so much,” said Camacho representative Steve Tannenbaum. “If anybody can pull through, it will be him.”

As for the prospect of recovery now, Rafael Rodriguez Mercado, president of the Medical Sciences Campus, said, “It would be a miracle recovery.”

Unfortunately that miracle did not happen for Camacho, 50, who former opponent Oscar De La Hoya called “a fighter inside and outside of the ring.”