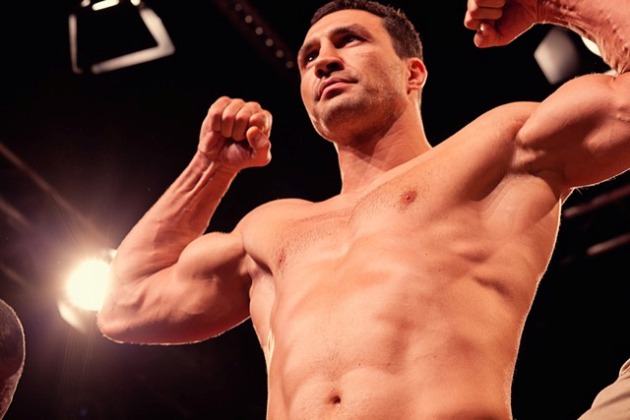 For the first time in his career, RING heavyweight champion Wladimir Klitschko will be looking up at an opponent, having agreed to a deal to defend his belts against Polish-born Mariusz Wach, of North Bergen, N.J., on Nov. 10 at the O2 World Arena in Hamburg, Germany.

Klitschko, 36, will be after his 17th straight victory and his 13th knockout during that run when he defends his IBF, WBA and WBO belts against Wach, 32, who is pursuing his eighth consecutive knockout victory.

“It’s definitely on, I can tell you that. Wladimir told me that ‘this is the first time that I’m fighting somebody who is taller than I am,'” said Manny Steward, Klitschko’s trainer.

“He looks solid, and he said that he’s taller than he was, and that’s all that he told me. He said it’s the first time thta this has ever happened. He said we’re going to have a hard time finding sparring partners that tall.”

Klitschko is coming off a sixth-round knockout of Tony “The Tiger” Thompson in a July 7 rematch of his 11th-round stoppage of Thompson in July of 2008.

Klitschko last fought in Hamburg in July of last year, when he dethroned David Haye (26-2, 24 KOs) as WBA beltholder by unanimous decision at Imtech-Arena, ending the loser’s run of 15 straight wins that included 13 stoppage victories.

Along with his 41-year-old brother, Vitali Klitschko (44-2, 40 KOs), Wladimir will be part of a two-hour documentary called “Klitschko” that is slated to begin at 5:30 on HBO on Sept. 8 as it chronicles the siblings’ lives.

WBC titleholder Vitali Klitschko will be after his 13th straight win and his 10 stoppage victory during that run against Manuel Charr (21-0, 11 KOs) at Olimpiyskiy Sport Hall in Moscow on Sept. 8.

The documentary will serve as the lead-in to an HBO-televised triple-header whose maine event features a clash of RING champions between light heavyweight titleholder Chad Dawson (31-1, 17 KOs) and super middleweight beltholder Andre Ward (25-0, 13 KOs), whose WBA and WBC crowns will be on the line from the Oracle Arena in Ward’s hometown of Oakland, Calif.

Actor Nick Cannon, host of America’s Got Talent, will be the official ring announcer for the Ward-Dawson show.