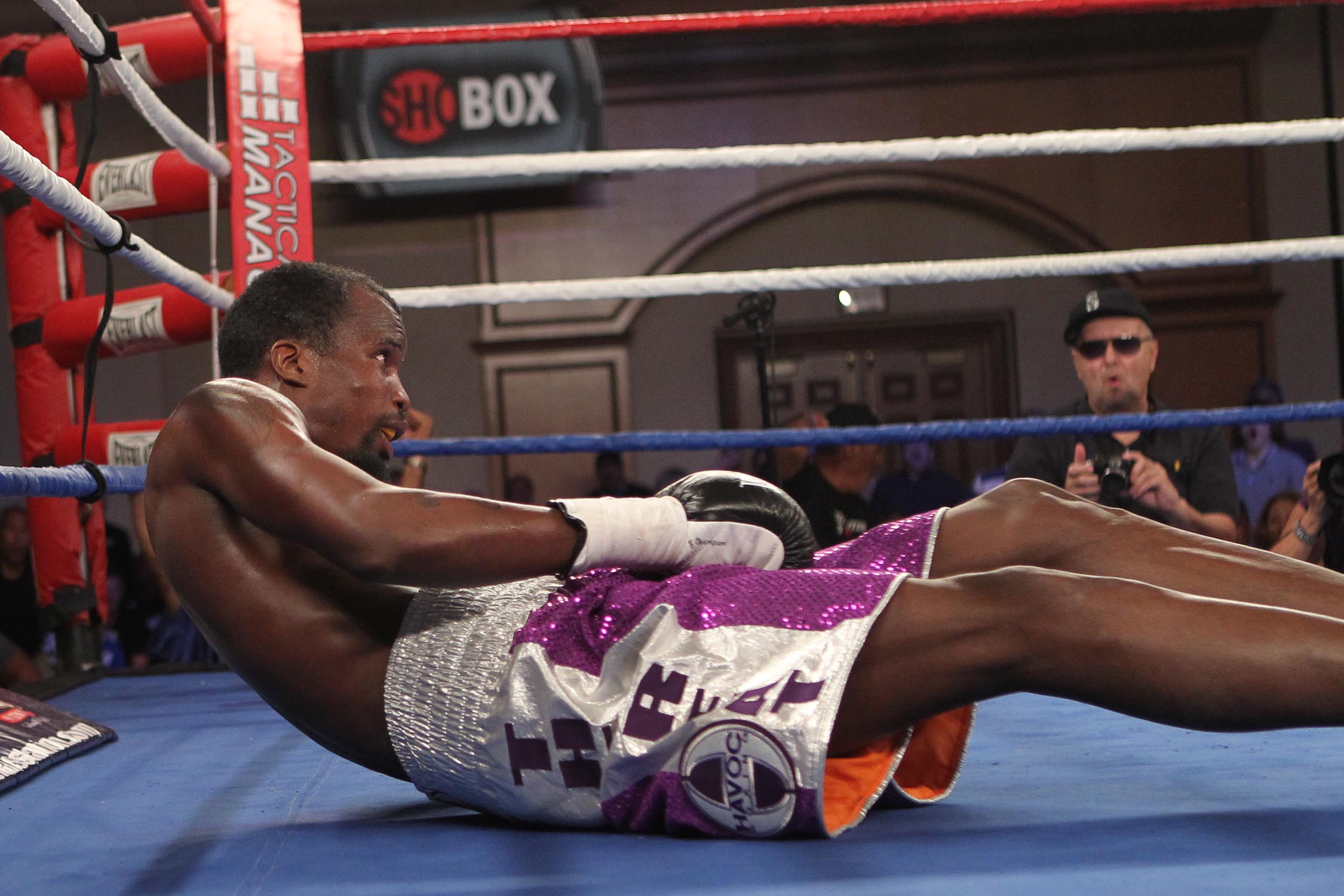 Willie Nelson got up from a brutal knockdown and outpointed undefeated Cuban Olympian Yudel Jhonson in the 10-round main event of a ShoBox: The New Generation show from Las Vegas, Nev., on Friday.

Nelson, a near 6-foot-4 junior middleweight prospect, was dropped flat on his back after being clipped by a crashing overhand left from Jhonson in the fourth round, but the 24-year-old Cleveland native survived the highlight-reel knockdown and boxed effectively over the second half of the bout to win by scores of 97-92 (twice) and 95-94. 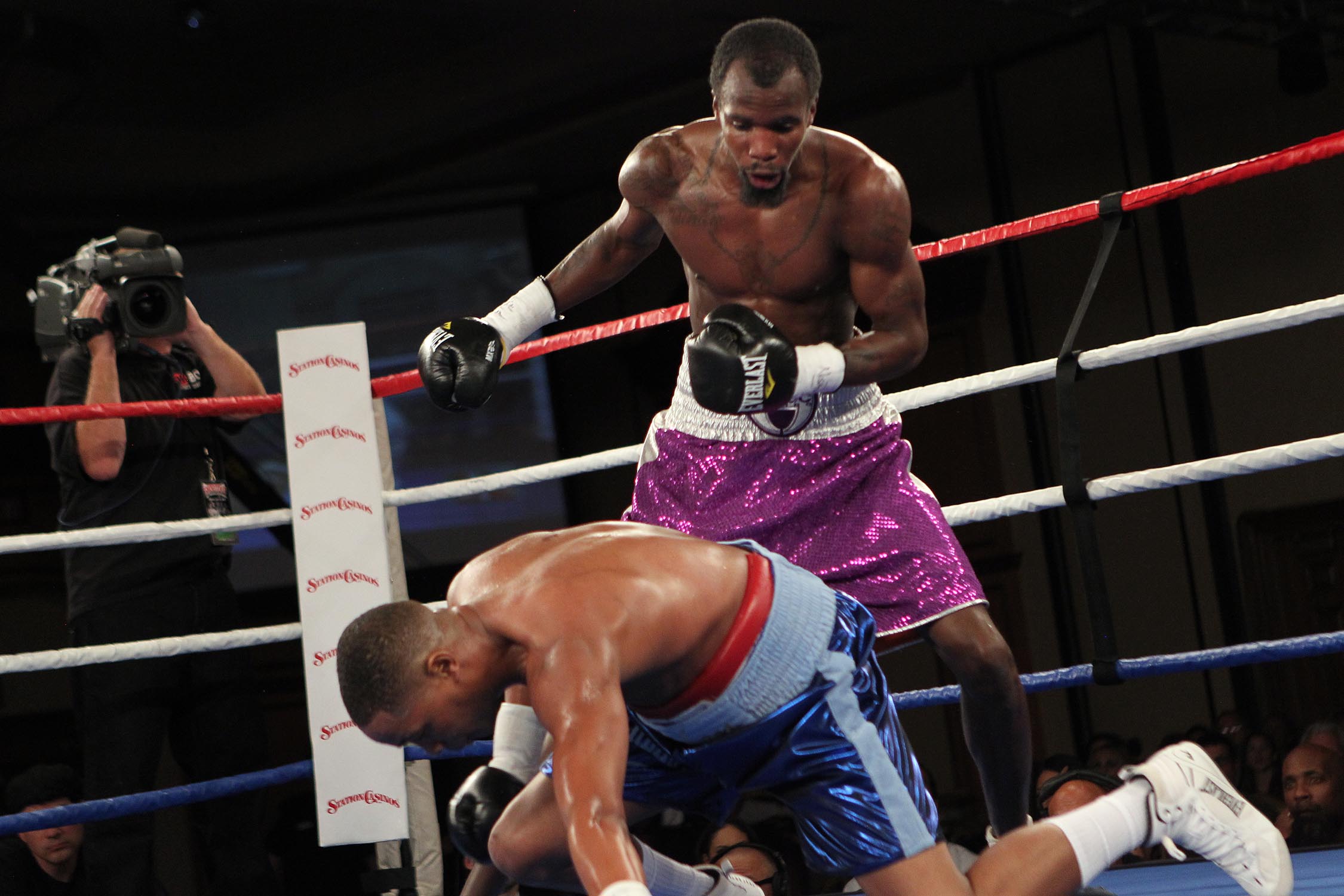 Nelson (18-1-1, 11 knockouts), who scored a delayed knockdown off a short right in the second round, was only one bout removed from the only loss of his career, a majority decision to Vincent Arroyo last April. Nelson suffered three knockdowns in that loss, which was part of a ShoBox broadcast.

Few who watched that fight thought Nelson would go on to upset a 2004 Olympic silver medalist, but he was able to outwork and frustrate Jhonson (12-1, 8 KOs) with a mix of stalking, lateral movement and combination punching.

Jhonson, a 30-year-old southpaw based in Miami, landed the harder punches but he wasn’t active enough to take command of the bout. He scored well with his left but his jab was not a factor and he seldom put his punches together or fought with a pressing urgency.

Neither junior middleweight looked like a future world beater, but at the end of this particular night Nelson wanted to win more than Jhonson.

After Brand suffered a wardrobe malfunction a minute into the final round, the two flawed super middleweights battled toe-to-toe to the delight of the fans at the Texas Station Casino.