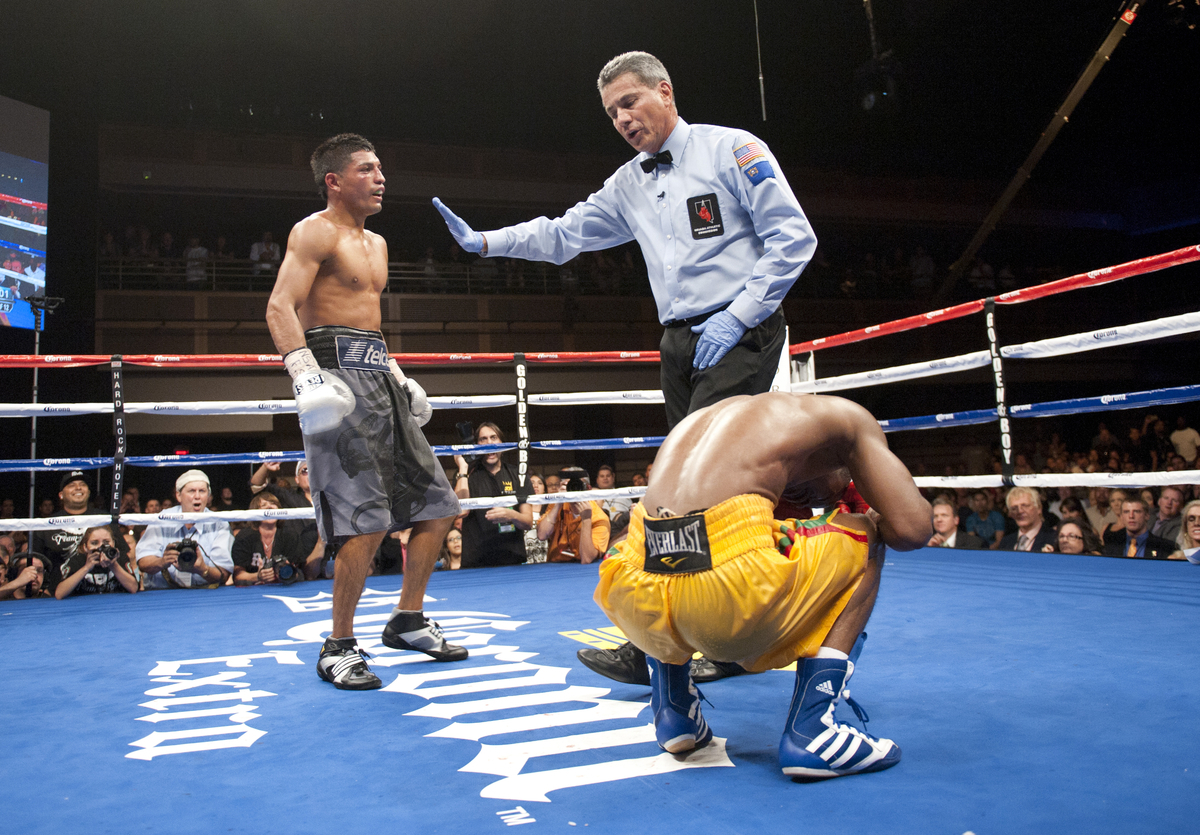 Al Bernstein called Russell Mora’s botched officiating in the Joseph Agbeko-Abner Mares fight the “most disgraceful performance by a referee” that he had seen “in the last 15 years” even before the bout, which Mares won by controversial majority decision, was over.

The statement holds a lot of weight given the respected broadcaster’s many years in the sport.

Was Mora’s performance that bad?

Think about the most inept and biased calls you’ve seen in recent years before reading where Agbeko-Mares ranks in Doug Fischer’s list of the top 10 worst refereed fights of the past decade.

The Texas referee marred what was an otherwise rousing 10-round bantamweight scrap that Johnson appeared to edge out. In fact, the former flyweight and 115-pound titleholder was originally announced the winner of the bout, but the official scorecard tallies were recounted and the veteran wound up losing a split decision to Marquez.

The judges, who ultimately scored the bout 96-91, 94-93, 93-94, were not kind to Johnson but they wouldn’t have been able take the fight from the D.C. native had Gonzalez not penalized him points for holding in the ninth and for holding and hitting in the 10th round. Johnson, who had outboxed Marquez in the first half of the bout, did repeatedly grab Marquez in a headlock whenever the boxer-puncher leaned in, but he was also freely exchanging with Marquez (and landing his share of clean punches) during the last two rounds.

It wasn’t excessive holding meant to stall the bout. The point deduction in the action-packed 10th round occurred when Johnson appeared to have the upper hand.

Gonzalez’s over-officious refereeing was a disservice to Johnson, who had won 40 consecutive bouts (after losing his pro debut by — what else? — a controversial decision) coming into the showdown with the future bantamweight titleholder.