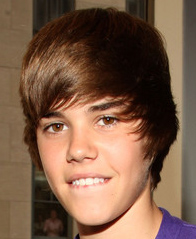 Andre Ward (here pictured against Sakio Bika) isn't the most-beautiful boxer to watch but his ability, will to win and uncommon toughness command our attention. Photo / Rich Hundley III-Showtime

Manny Pacquiao, the best fighter in the world, has decided to fight less-than-worthy opponents. Floyd Mayweather Jr. isn’t fighting at all. Frankly, it’s suddenly difficult to get excited about either of the biggest stars in the sport.

That leaves the door open for other talented fighters to seize our attention. And there’s quite a bit to work with.

Obviously, no one else is as accomplished as Pacquiao or Mayweather but a number of other blossoming stars have profound ability and/or are thrilling to watch.

Here are the five fighters (and five more) about whom I am most excited going into 2011:

1. NONITO DONAIRE
Record: 25-1 (17 KOs)
RING rating: No. 5 bantamweight; No. 5 pound for pound
Next fight: vs. Fernando Montiel on Feb. 19
Comments: The timing here is perfect. Donaire will soon be in a position against Montiel to determine whether he truly belongs among the pound-for-pound best fighters. If he wins, the sky’s the limit. If he loses, well, then he isn’t as good as I think he is. If Donaire’s performance against Wladimir Sidorenko on Dec. 4 is an indication, though, Montiel could be in trouble. Sidorenko is a former bantamweight titleholder and one of the best 118-pounders in the world but looked like a journeyman against Filipino-born American. Donaire simply overwhelmed the Ukrainian with his overall ability and unusual power in one of 2010’s most-impressive performances, one that drew raves from even the most-cynical onlookers. He will be extremely difficult for anyone to beat because he doesn’t have a glaring weakness – good skills, good power, good chin. And, assuming that his star continues to rise, you’re going to fall in love with the guy. He’s scary in the ring but a charming gentleman outside it. I can’t wait for Feb. 19.

2. SERGIO MARTINEZ
Record: 46-2-2 (25 KOs)
RING rating: Middleweight champion; No. 3 pound for pound
Next fight: vs. Sergei Dzinziruk on March 12 (not finalized)
Comments: Martinez more or less proved how good he is in his controversial draw with Kermit Cintron and majority-decision loss to Paul Williams. The Argentine removed any doubt about his ability when he outpointed Kelly Pavlik to win the middleweight championship. And his one-punch knockout of Williams in their rematch? That turned an elite fighter into one of the sport’s biggest and most-compelling stars at 35 years old. His is quite a success story. The unfortunate question is: What now? The tentative fight against Dzinziruk is a very tough matchup but not nearly as compelling as his previous four fights, which will slow his momentum. Don’t’ despair, though. Martinez knows his time at the top is limited because of his age. He and promoter Lou DiBella will pull out all stops to make the biggest fights possible. A rematch with Kelly Pavlik? A third fight with Williams? A second meeting with Antonio Margarito, who stopped Martinez in 2000? A move up to the rich 168-pound division? We’ll be watching whichever direction he turns.

3. ANDRE WARD
Record: 23-0 (13 KOs)
RING rating: No. 1 super middleweight
Next fight: vs. Arthur Abraham this spring
Comments: Ward isn’t the most-exciting fighter in the world. The former Olympic gold medalist from California doesn’t have a beautiful style. He doesn’t even have a particularly big punch. However, his all-around ability, will to win and uncommon toughness set him apart from almost all other fighters and make him fascinating to watch. And so far he has performed extremely well under fire, beating favored Mikkel Kessler and then Allan Green in the Super Six World Boxing Classic before dominating Sakio Bika. Next up is Abraham and then, if he wins, the winner of Carl Froch-Glen Johnson for the Super Six championship. That would make him 5-0 against a formidable gauntlet of 168-pounders and one of the biggest stars in the sport. And it probably won’t end there. The tournament champion probably will face Lucian Bute to determine the best super middleweight on the planet. Don’t bet against Ward.

4. JUAN MANUEL LOPEZ
Record: 30-0 (27 KOs)
RING rating: No. 1 featherweight; No. 10 pound for pound
Next fight: Not determined; probably in April
Comments: Lopez is the latest model in a well-oiled Puerto Rican assembly line that produces some of the most-successful and exciting warriors in the world. And he could turn out to be among the best. He has all the basic qualities of an elite fighter – the ability, the power, the backing (Top Rank) and the support of his boxing-crazy nation. He also has an unusual fighting spirit that makes for gripping entertainment. Lopez went to war with Rogers Mtagwa before emerging with a unanimous decision. He stopped Bernabe Concepcion in two rounds but had to get up from a knockdown to do it. This is what we can expect from him from now on – a lot of victories and a lot of drama, which is the stuff that produces legends. And he has at least several foils in waiting. Yuriorkis Gamboa. A rematch with Rafael Marquez. Donaire if he beats Montiel. Chris John. Only one thing is certain: It’ll be fun to watch no matter who is standing in the opposite corner.

5. SAUL ALVAREZ
Record: 35-0-1 (26 KOs)
RING rating: No. 10 junior middleweight
Next fight: Not determined; probably in ÔÇª
Comments: For the record, the monumental hype behind “Canelo” is light years ahead of his relatively meager accomplishments, which includes victories in 2010 over faded former titleholders Carlos Baldomir and Lovemore N’dou. The red-headed Mexican is only 20 and still developing as a fighter. And he’s not afraid to exchange punches toe to toe, which means he could crash and burn at any time. What if he doesn’t, though? What if he continues to dominate everyone placed in front of him? Alvarez, already a sensation in Mexico, has the attributes of a crossover star: the looks, the poise, the backing (Golden Boy Promotions), an exciting style, the talent (possibly) and an unusually strong connection with Mexican and Mexican-American fans in the U.S. The more opponents he knocks out, the bigger he will get. He and his handlers say he will face stiff competition for the first time in 2011. They actually mentioned the name Pacquiao, which at least gives you the idea that they’re thinking big. Stay tuned. This will be an interesting ride no matter which direction it goes.

Five more: Abner Mares, the most-complete fighter on Golden Boy Promotions’ roster; Fernando Montiel, a scary talent who could make a huge statement against Donaire; Lucian Bute, who will have his mettle tested against the winner of Super Six; Juan Manuel Marquez, still a joy to watch in his mid-30s; and Amir Khan, who proved against Marcos Maidana that he has a big-time heart.