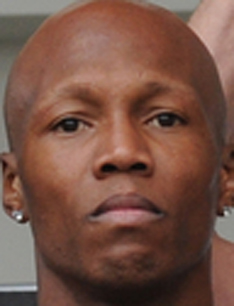 Zab Judah believes his return to what was once a winning combination — the junior welterweight division and his original promoter, Main Events — will result in a return to the spectacular form that once made him one of the hottest names in boxing.

Judah, who takes on Jose Armando Santa Cruz this Friday in Newark, N.J., on ESPN2, compiled an impressive record of 27-1 (21 knockouts) while campaigning in the 140-pound division under the Main Events banner. During that six-year period, from 1996 to 2001, Judah’s blazing blend of speed, power and take-no-prisoners attitude prompted Main Events, many fans and the boxing media to tab the brash Brooklynite as a future superstar.

Can Judah, now 32 years old and 4-4 (with one no-contest) in his last nine bouts, recapture the ring magic he once had against the rugged former lightweight contender?

That’s the plan that Judah (38-6, 26 knockouts) and Main Events CEO Kathy Duva came up with when they agreed to work together a few months ago. Actually, making a statement against Santa Cruz (28-4, 17 KOs) before a nationwide Friday Night Fights audience and a few thousand fans at the Prudential Center is Step 1 of a long-range plan.

Step 2 is for Judah to stay busy until he can lure one of the many talented young junior welterweight titleholders into the ring. Duva has already reserved an Oct. 2 date for the come-backing southpaw and is looking to bring the veteran back in the first quarter of 2011, hopefully against a young 140-pound gun on HBO or Showtime.

There’s a third step to Judah and Duva’s plan, but the reunited fighter and promoter don’t want to get ahead of themselves.

Santa Cruz, an awkward former interim 135-pound titleholder who gave former champ Joel Casamayor fits in a controversial loss, is not a “gimme” opponent for a fighter who has fought only once — a second round TKO of journeyman Ubaldo Hernandez last November — in the past 20 months. To his credit, Judah acknowledges that he has been guilty of underestimating his opponents in the past.

“Right now I’m just focused on Santa Cruz,” Judah told RingTV.com on Wednesday. “He’s a good fighter. I watched him in tough fights with two southpaws, Joel Casamayor and David Diaz. He’s going to keep coming forward and look to get inside and mix it up. He’s the kind of fighter most guys wouldn’t pick as a comeback opponent because he’s so tough, but Friday is about showing people what I’m made of and who I am.

If that comes to pass, Judah should handle the gangly Southern California brawler, which could set up some very interesting matchups between the former two-time 140-pound titleholder and the current crop of junior welterweight contenders. At least Judah hopes so.

“The 140-pound division is very exciting right now,” he said. “It’s a young division, younger guys than me, but nobody should look at me as an old fighter. I’m only 32. The Pacquiaos, Mayweathers, the Klitschkos, all the fighters people say are on top of the sport, are older than me. I’m still probably the fastest fighter in boxing and my power is still great.”

Judah, who has campaigned in the welterweight division for the past 6¾ years, wants to test his vaunted speed and power on the top-rated junior welterweights.

“Devon Alexander, Timothy Bradley and Amir Khan, those guys are on the hit list,” Judah said. “They’re all solid fighters, but Devon is probably the sharpest. He’s the one I’d target first. Khan was someone I didn’t take too seriously but I have a new found respect for him after his fight with (Paul) Malignaggi. I was ringside for that fight. I didn’t think he would beat Paulie up like he did, but I’m ready for him and rest of them.”

Many fans and members of the media are going to have to see it before they believe it. How can they not be skeptical?

Since Judah’s ninth-round TKO of Cory Spinks to win the undisputed welterweight title in February of 2005 and a third-round blowout of normally durable Cosme Rivera in May of that year, the boxing world has witnessed a four-year downward spiral that included back-to-back-to-back losses to Carlos Baldomir, Floyd Mayweather Jr. and Miguel Cotto.

Judah look painfully average while out-pointing fighters (Edwin Vazquez and Ryan Davis) he once would have annihilated between his 11th-round stoppage against Cotto and the ninth-round technical decision he dropped to Joshua Clottey in 2008. Many closed the book on Judah’s career following the Clottey fight, which was for a vacant 147-pound belt.

Now that he’s back, some wonder whether Judah can even make 140 pounds. He hasn’t done it since December 2003, and he won’t have to on Friday. The contracted weight for the Santa Cruz fight is 143 pounds, but Judah informed RingTV.com that he would have no problem at Thursday’s weigh-in.

“I’m 140 pounds as we speak. In fact, I’m headed to Quiznos for a bite to eat,” Judah joked, referencing the subway sandwich chain. “I’ve been training hard in Las Vegas for three months, so it was an easy process getting the weight off. What people have to realize is that this is my natural weight. I went to welterweight to accomplish a big goal, winning the undisputed title, and when I did that, I stayed in the division to take on the big names at that weight. I don’t know of too many fighters who would win the undisputed title and then relinquish it.

“There were big opportunities for me at welterweight and some nice paydays, but I finally made up my mind that those guys are just too big for me. Junior welterweight is where I’ve always belonged. I feel comfortable at this weight.”

“I chose to return to Main Events because I wanted to work with a promoter who would allow me to co-promote my fights with my own company, Super Judah Promotions,” he said. “I wanted to have input with the decisions and direction of my career, and who better to work with than Kathy Duva? She’s a smart woman who knows the business. I want to finish up my career with her.”

Duva told RingTV.com that it’s been a pleasure working with Judah the second time around.

“He’s much more focused and understanding of the business part of boxing than he was when he was younger,” Duva said. “Back in the 1990s, there was always a struggle to get Zab to cooperate with the promotion and do any publicity. But it’s different now. He’s our partner in the promotion, so he sees the big picture and he wants to help out.”

Duva believes the more focused Judah is outside of the ring, the better fighter he will be inside of it.

“He’s really matured,” she said. “He came to us with plan, to move down to a division that is loaded with talent but lacks a marquee name. No disrespect to Tim Bradley, Devon Alexander and the other top junior welterweights. They can all be in great fights with each other, but no one can give them the attention that a fight with Zab would. They need Zab to break out from the pack. Zab realizes this and he’s willing to do what it takes to make those fights happen. He’s not just going to jump into one dangerous fight after another without a plan the way he was at welterweight.

“Before we reunited, he sat down with us and discussed all the parts of his comeback. He recognized that he needs to fight more often to stay sharp, and we’ll keep him busy. He brought in Eddie Mustafa Muhammad to help out his father with the training, which tells me that he’s still willing to learn new things. He’s been dealing with us and his career in a mature manor. A guy with his talent who has settled down and is focused is going to be hard to beat.

“Hey, Mayweather didn’t have an easy time with Zab, and he’s learned since that fight.”

Speaking of Mayweather, Duva doesn’t count Judah out as a potential future opponent for Manny Pacquiao if the Filipino icon can’t get a deal done with THE RING’s No. 1-rated welterweight.

“Pacquiao should probably be fighting at 140 pounds anyway,” she said. “He’s fighting at 147 pounds because there are no names at 140. Judah’s got a name. If he puts together a few wins against these young guys, like Bradley or Alexander, he’ll be a good opponent for Pacquiao. Fans will clamor for that fight.”

That’s Part 3 of Judah and Duva’s plan. Fans will find out on Friday whether they can move to Part 2.