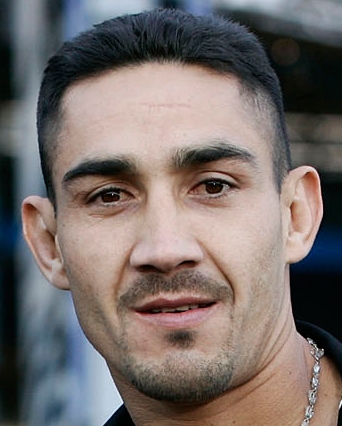 ARLINGTON, Texas — More than 50,000 fans were on hand to witness the Manny Pacquiao-Joshua Clottey welterweight title fight at Cowboys Stadium and most of them were in the state-of-the-art arena to watch the undercard to the big event.

Soto, who won by scores of 115-111 and 117-109 (twice), dropped Diaz in the first and 12th rounds, but the former 135-pound beltholder was game throughout the bout, pressing the harder-punching technician in almost every round.

Soto, of Los Mochis, Mexico, tried to counter-punch from the outside for the first three rounds, but the Chicago-born southpaw’s pressure forced him to open up offensively in the middle rounds to get respect. Soto out-boxed Diaz behind a jab down the stretch but Diaz appeared to take rounds nine and 11 with his tenacity and activity.

Soto is now expected to defend his lightweight belt against undefeated (30-0) contender Anthony Peterson on the undercard of the Yuri Foreman-Miguel Cotto fight at Yankee Stadium in Bronx, N.Y., on June 5.

For four rounds Gomez troubled Castillo with his faster hands, lateral movement and body attack as the veteran tried to gradually work his way into the fight by boxing from a distance. In the fifth, Gomez pressured Castillo and began punishing the faded fighter with combinations on the inside.

Castillo’s corner told the referee that their fighter had had enough and the fight was halted between rounds. Castillo announced his retirement after the bout.

Irish middleweight fringe contender John Duddy (29-1, 18 KOs) withstood a late charge from Mexico’s Michael Medina (22-2-2, 18 KOs) to pull out a 10-round split decision in the first bout of the HBO Pay-Per-View broadcast.

Duddy, who won by scores of 96-93 (twice) and 93-96, was busier over the first half of the bout but the 6-foot-1 Mexican was more accurate and scored well with his long jab. Medina began taking the fight to Duddy in the sixth round and the two slugged it out down the stretch.

Junior featherweight prospect Roberto Marroquin (13-0, 10 KOs) knocked out Samuel Sanchez (4-2-1) in the second round of a scheduled six. Marroquin dropped his fellow Dallas native once in the first round and finished him with a double overhand right to the temple in the second.

Featherweight prospect Salvador Sanchez (19-3-2, 9 KOs) wore down journeyman Jaime Villa (8-8-2, 3 KOs) to a sixth-round stoppage. The nephew of late, great former featherweight champ of the same name dropped Villa, of Midland, Texas, in the fifth and sixth rounds before the fight was waved off.