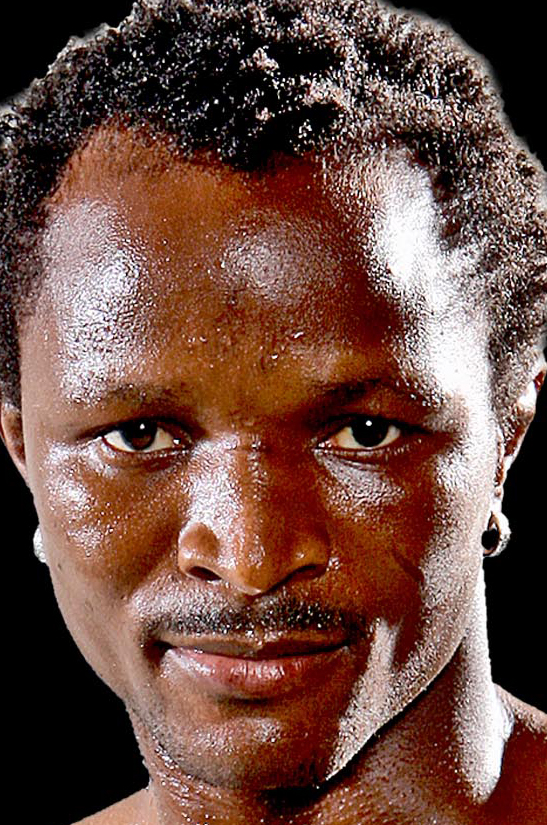 Saturday’s bantamweight clash between titleholder Joseph Agbeko and Yonnhy Perez is viewed as an evenly matched contest despite the fact that the challenger enters the fight with only 19 pro bouts under his belt.

Most fighters with that level of experience wouldn’t have a prayer against a fighter as tough and seasoned as Agbeko (27-1, 22 knockouts). The gritty Ghanaian lived up to his King Kong middle name when he decisively turned back the challenge of Vic Darchinyan in July.

Darchinyan, a feared unified 115-pound titleholder, is a veteran of 34 pro bouts but he was still manhandled by Agbeko.

However, more than a few insiders give Perez (19-0, 14 knockouts) a solid shot at upsetting the Bronx-based beltholder.

That’s because the Southern California-based Colombian, who turned pro at the advanced age of 26 after five years of military service, had an extensive amateur career.

Perez, who began boxing at age 8, compiled a 230-17 amateur record on his way to winning seven national titles and earning a bronze medal at the 2003 Pan-American Games.

He was developed quickly on the Southern California club show circuit by co-promoter Thompson Boxing Promotions and proved his mettle by stopping former title challenger Silence Mabuza in the 12th round of fierce battle in May.

The victory, which took place in Mabuza’s hometown of Johannesburg, South Africa, vaulted Perez to a No. 5 ranking in THE RING’s bantamweight ratings, right below No. 4-rated Mabuza.

Perez isn’t the only RING-rated fighter who has less than 20 pro bouts. The 30-year-old boxer-puncher is one of 17 RING-recognized contenders with 19 fights or less currently occupying nine weight classes.

Like Perez, some of these contenders are at the top of their divisions.

THE RING’s No. 2-rated junior bantamweight Nobuo Nashiro (13-1-1, 8 KOs) burst into the rankings in 2006 when he won his first world title with a 10th-round TKO of highly-rated Martin Castillo. It was the Japanese brawler’s eighth pro bout. He’s stayed on top of the 115-pound rankings with victories over countrymen Kohei Kono and Konosuke Tomiyama, and a hard-fought draw with former 108-pound champ Hugo Cazares in September.

South Africa’s Simphiwe Norgay (16-0, 6 KOs) earned his No. 3 spot in the 115-pound ratings with consecutive victories over Julio Ler, Francisco Arce, and a title-winning decision over former two-division titleholder Jorge Arce in September.

Two other contenders who have less than 20 fights join Perez in the bantamweight division, No. 7-rated Nehomar Cermeno (18-0, 10 KOs), who shocked the boxing world with back-to-back decisions over former unified 115-pound titleholder Cristian Mijares this year, and No. 8-rated Abner Mares (19-0, 12 KOs), Perez’s amateur rival (and good friend) who broke into the rankings with impressive stoppage victories over veterans Isidro Garcia and Diosdado Gabi.

THE RING’s other “19-and-under” contenders include No. 9-rated junior middleweight Alfredo Angulo (16-1, 13 KOs), the rugged Mexican Olympian who will try to move up a notch or two by defeating unbeaten Harry Joe Yorgey on Nov. 7, No. 10-rated featherweight Yuriorkis Gamboa (15-0, 13 KOs), the 2004 Olympic champ from Cuba who appears headed for a showdown with Juan Manuel Lopez, and No. 9-rated cruiserweight Ola Afolabi (14-1-3, 6 KOs), who will attempt to jump into the top five with a win over Marco Huck on Dec. 5.

“As Adamek defended THE RING cruiserweight championship twice in 2009, he is welcome to fight as a heavyweight and still remain our 200-pound champ, providing he defends it by July 11, 2010,” said RING Editor-in-Chief Nigel Collins.

Previously unranked Ryan Rhodes entered the ratings at No. 8 thanks to his knockout of Jamie Moore (No. 8 last week), who exits.