Showtime deserves the accolades it has received 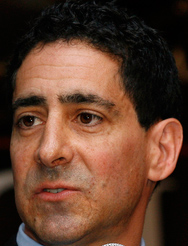 Showtime should get a trophy for putting together the Super Six Boxing Classic together. This one (pictured) is reserved for the winner of the tournament, though. Photo / Tom Casino-Showtime

It has been a very long time since any broadcast station, cable or otherwise, has received as much good boxing press as Showtime has over its Super Six tournament, which debuted on Saturday with Arthur Abraham anesthetizing Jermain Taylor and Carl Froch cave-manning his way to a decision over a skittish Andre Dirrell.

HBO, of course, has a warehouse full of industry awards from its various 24/7 and other countdown-type series, and this is as it should be. They are excellent, mostly because they approach prizefighting with the heavy, serious treatment with which everyone covered the game in its salad days.

In short, they treat boxing as if it still means something.

For obvious reasons this is heaven for the fight community. At the same time, it charms intellectual artsy-types who don’t much care for the sport but hold dear good story-telling, vanishing craft that it is, and that HBO’s documentaries generally exhibit in spades.

But for all of HBO’s trinkets, it is Showtime that conceived and put together the tournament that has electrified the fight fan community and that its creators are calling “revolutionary.” Most agree.

While the politics of boxing still conspire to delay or prevent altogether the best fights that can be made, Showtime – and in particular head of sports Ken Hershman – got a slew of promoters, managers and fighters in a room and got them to commit to a tournament that will keep them busy for the next two years.

In comparison, it’s seemingly taken almost that long for HBO and Golden Boy to put together Shane Mosley-Andre Berto. And that’s one fight. Between two fighters. Two promoters.

As the writer Thomas Hauser has chronicled elsewhere in a series of in-depth articles, serious problems exist in the management of boxing at HBO. It’s not a coincidence that the boxing budget faces another reduction in the coming year, the result of ratings that are not seen as commensurate with the money being spent to attract boxing consumers.

It’s been that way for a good while.

So you couldn’t blame HBO suits for crowing about the surprisingly good pay-per-view numbers Floyd Mayweather’s win over Juan Manuel Marquez did. Or about how Vitali Klitschko’s stoppage of Chris Arreola on HBO World Championship Boxing did better than any other HBO fight this year.

The last time they had good news to share, it was when the press strong-armed them into extending Larry Merchant’s contract.

None of this is entirely recent. Outsiders have been questioning for years Showtime’s frequent knack for putting on high-quality fights on a budget that wouldn’t cover one of HBO’s post-fight parties.

The Israel Vasquez-Rafael Marquez trilogy was better than anything on HBO since Arturo Gatti was at his best.

Though broader in scope, this tournament is the type of thing HBO used to do. Remember the night of the young heavyweights, and the middleweight tourney Bernard Hopkins screwed up when he beat Felix Trinidad? (Though to be fair, any tournament that had Keith Holmes as one if its players was doomed from the start).

For literally its entire history, Showtime has been playing catch-up to its older, bigger, richer rival, and trying, mostly unsuccessfully, to replicate its better successes.

HBO would come out with a blockbuster, “The Sopranos,” for example, and Showtime’s predictable answer, “Brotherhood,” would look like the cheap copy it was.

But things might be turning around. HBO has had its flops recently, the regrettable “John from Cincinnati” or “The No. 1 Ladies Detective Agency,” while Showtime’s “Weeds” and “Dexter” continue to get good reviews.

It’s hard to imagine that anyone at HBO is quaking in his or her boots worrying about Showtime. HBO is still available to about 38 million subscribers, while Showtime is available to around 13 million.

But in the boxing arena at least, Showtime has thrown down the gauntlet with the Super Six. For the first time, HBO should feel compelled to respond, as an industry leader should.

We’ll see if they do.

There’s just one thing to say about the appropriateness of Jermain Taylor continuing on in the Super Six tournament: “Paging Allan Green.” ÔÇª

Taylor shouldn’t go near a boxing ring for the rest of his life, never mind the tournament. If it’s true that every concussion makes you more vulnerable to another, at this point he could get one watching a demolition derby on the country channel. He’s a subdural hematoma waiting to happen and should not fight again. Ever. ÔÇª

If you want a glimpse of Taylor’s future, read this excellent piece in The New Yorker on the long-term effects of repeated concussion:

Arthur Abraham is an interesting case. I’m not sure whether he’s a mediocre fighter with a very big punch, a mediocre puncher who’s better technically than he looks or something else. By the end of the tournament we should know. ÔÇª

Is it me or does Enrique Ornelas look like a Mexican Keanu Reeves? ÔÇª

If you’re hoping to see Alfredo Angulo get tested on the Chad Dawson-Glen Johnson undercard, forget it. Harry “Joe” Yorgey will be lucky to see the fifth round. ÔÇª

It’s official: Gus Johnson is everything that should be loathed in a blow-by-blow guy. Newsflash, Gus: A guy can get hit on the chin without being, “STUNNED!!” ÔÇª

I don’t have to see all of the Super Six contestants’ wives or significant others to conclude that Carl Froch’s girlfriend is the hottest, any more than I have to see every human on the planet to know that Nicolay Valuev is a Sasquatch. ÔÇª

Bad news: I thought Dirrell deserved the decision over Froch.
Good news: He fought like a punk most of the time, so I don’t care that much. ÔÇª

It had been so long since I’d heard Steve Albert I’d forgotten that if they banned clich├®s, he’d be mute.

Speaking of Albert, hey, Steve, Teddy Duchamp called. He wants his eyeglasses back.