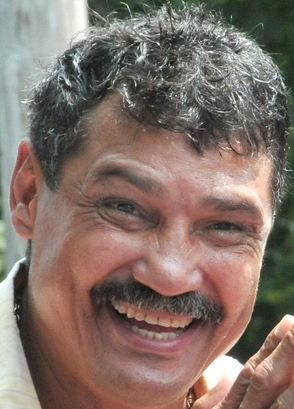 Alexis Arguello was remembered Tuesday not only as a great fighter but a man who carried himself with grace.

In the ring, the idol of Nicaragua, who died at 57 Tuesday, had few peers. He was very tall (5-foot-10) for his weight classes, featherweight to junior welterweight. And he was a rarity in boxing – a complete fighter without a significant weakness.

Thus, he was able to compile a record of 82-8 (65 knockouts) and win three major titles and a RING championship. His list of victims reads like a hall of fame roster: Ruben Olivares, Alfredo Escalera, Rafael “Bazooka” Limon, Bobby Chacon, Ruben Castillo, Cornelius Boza Edwards. You get the idea.

He once fought Escalera, Limon, Chacon, Castillo, Rolando Navarette, Boza Edwards and Jose Luis Ramirez within 21 months (1979-81) – and beat them all, stopping all but Ramirez.

The only fighter who truly had his number was Aaron Pryor, who beat him twice, the first time in an epic brawl.

“Arguello was a hell of a fighter,” said former boxing writer Michael Katz, who covered the two Pryor fights. “He was a very, very smart fighter, very controlled. He was a tremendous counterpuncher. He had a great jab and a great straight right hand. He also had a hook. A guy names Carlos Eleta was managing Roberto Duran and would’ve had Duran fight Arguello at 140. Duran went from 135 to 147; he could’ve been a triple champion when it meant something.

“Eleta was afraid of Arguello. That’s how good Arguello was.

The first fight against Pryor, in 1982 in Miami, was a classic. Arguello, 77-5 at the time, had moved up in weight to go after Pryor’s junior welterweight title.

In the end, Pryor, an unbeaten whirling dervish who never stopped throwing punches and was naturally bigger than Arguello, stopped his foe in the 14th round of a back-and-forth war to retain his title. However, those watching knew they’d seen something special.

This despite the infamous “bottle I mixed” handed by Panama Lewis to Pryor after round 13.

“We all knew beforehand that this was going to be a great fight,” Katz said. “It was almost guaranteed. I was working for the New York Times at the time and told my boss this was an absolute must-cover fight. It was sensational. As Howard (Cosell) would say, ‘Ebb and flow, ebb and flow.’ They each took turns doing incredible things.

“Arguello had a bit of trouble with guys who could move, though. That’s an advantage Pryor had. Arguello left the ring on a stretcher. He could’ve fought Pryor 100 million times and Pryor would win them all.”

Arguello was largely a private person. Tony Rivera, his friend and cutman in a handful of fights, remembers Arguello keeping to himself more than many fighters do.

And Rivera said you didn’t want to be around him when he was trying to make weight. To say he was moody would be an understatement, although this is typical of many fighters who battle the scale.

“I was with him in Tucson when he fought Ruben Castillo (in 1980). I was in charge of his weight and diet. He was trying to make 130 pounds. At 5-10, that’s very, very hard. His manager told me, ‘Eat whatever he eats and then we’ll feed you again later.’ Know what we ate? One slice of ham and an ice cube. I ate that ham like it was a steak. I think it was the fourth day we were there when he cleaned the whole table, he broke everything on it, the ashtray, the salt and pepper shakers, and then walked away.

“I ran after him and said, ‘Champ, what’s wrong?’ He was crying. He said, ‘Tony, let me tell you something. When I was a kid in Nicaragua, I couldn’t eat because I had no money. Now I got enough money to buy anything I want and I can’t eat.’ It was horrible.”

Arguello also battled drug addiction, or least abused drugs, which was the only major black mark in his life people seemed to recall.

Most remember him as an affable, courteous man, without the inner demons many fighters show signs of, and an impeccable dresser. Several of those interviewed for this article independently called him “a gentleman.”

More than one person said he carried himself more like a successful businessman than a fighter.

“He always wore a three-piece, pinstriped suit,” said Hall of Fame publicist Bill Caplan. “He never appeared at a press conference without a beautiful suit on. He spoke in a gentlemanly fashion, never trash talking. He was the kind of guy, if you met him, you’d be very impressed, like he was a successful attorney or something.

“Obviously, he was a huge hero in Nicaragua. That’s why he became a mayor of a major city [Managua] there.”

Arguello was mayor when he was found dead in his home in the early morning hours Tuesday, apparently shot through the heart. Some reports out of Nicaragua said he committed suicide.

The latter revelation is particularly shocking to all those who admired Arguello over the years. They wonder whether it will turn out that he was assassinated because of the unstable nature of Central American politics.

Don Fraser, a Hall of Fame promoter-publicist who worked with Arguello, saw him knock out Art Hafey in Managua in 1974 – before he was champion — and will never forget it.

“It was pretty wild,” he said. “After Arguello won, a lot of the ringsiders pulled out guns and shot them off to celebrate. Everyone down there packed a gun. I guess if you were a businessman, if you had money, you didn’t take any chances. This is when (Anastasio) Somoza (Debayle) was in power. We went with Arguello and met, shook hands with Somoza.

“Before you knew it, about six months later, they assassinated Somoza.”

Rivera, the cutman, said it doesn’t make sense that Arguello would take his own life.

“I’m really, really surprised,” he said. “He was doing what he liked to do. He was the mayor of the town he lived in. He always wanted to be in politics in the worst way. He lost a few elections but won the one he wanted.

“He had just gone to Puerto Rico to visit Roberto Clemente’s grave, Remember, Clemente died in a plane crash trying to help Nicaraguans after an earth quake. He came home Monday. Then he killed himself? I can’t understand that.”

No one can. And we might never know. All we have for sure are the memories.