Roach: ‘Mosley not on my radar’ 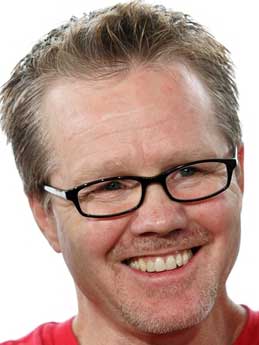 The conversation wasn’t complicated, Roach said. It went something like this:

Roach: “Then there’ll be no fight.”

That’s where a possible fight between Pacquiao, the world’s No. 1 fighter pound for pound, and Mosley apparently stands. It doesn’t seem likely, at least at the moment.

And weight isn’t the only issue. Roach said that Pacquiao would prefer to face Mayweather – if he beats Juan Manuel Marquez on July 18 — because he perceives that as a bigger fight.

“Manny wants Mayweather because that’s the biggest fight, the fight everyone wants to see. Shane isn’t even on my radar,” Roach said.

Roach also said that nothing is impossible, meaning Pacquiao could end up in the ring with Mosley yet depending on how things unfold.

First, Roach has always acknowledged that he doesn’t have final say on whom Pacquiao fights. The Filipino icon could change his mind at any time.

Second, Marquez could win, which probably would preclude a fight against Mayweather and open up many possibilities.

And, third, Roach said the 142-pound limit he mentioned on Thursday isn’t set in stone. He said 143 or 144 – the latter of which Mosley ultimately said he’d agree to – could be discussed if Pacquiao should decide to pursue Mosley.

Meanwhile, Oscar De La Hoya, with whom Mosley works in Golden Boy Promotions, said he doesn’t believe Pacquiao and his handlers would ever take the Mosley fight. And if they did, De La Hoya said, “Mosley would crush Pacquiao in a heartbeat.”

“That’s why I think it would never happen,” De La Hoya said. “Mosley is willing to come down in weight and take a smaller share of the pot, which show you he wants to fight the best. Obviously that’s an admirable quality.

“I just don’t feel Freddie and Manny will do it. ÔÇª Mosley is too big a threat. Was I a risk when I came down to 147? Freddie Roach is smart. He saw something. Was Ricky Hatton a risk? Again, Freddie is a smart guy. That’s why he’s the best.

“And it’s why he’s not going to risk his fighter’s pound-for-pound status against a real champion like Mosley.”

“Mosley saw my fight against Pacquiao,” he said. “He saw the Ricky Hatton fight. He wouldn’t commit the mistakes we both made. He won’t come down in weight too much like I did. He won’t leave his head up there like Ricky did. He’s smart.”

“We crushed Oscar,” he said, “and we can crush Mosley too because they had two close fights.”