Erik Morales: Angel Fierro will need to KO Alberto Machado and not leave it up to the judges

Mexican legend Erik “El Terrible” Morales, the trainer of Angel ‘Tashiro’ Fierro, answers questions about his lightweight up-and-comer taking on Alberto Machado as a late replacement for Hector Tanajara. The four-division champ spoke about why he took Fierro under his wing as his trainer, how his absence on fight night might impact his fighter.

His assessment of Fierro: “Fierro is always working, always training. He was training to fight a guy very similar to Alberto Machado. Fierro is a fighter worth watching. He’s clean, young and strong. He’s going to give the fans a great fight on Thursday. He is a fighter who fights very well at a distance. He also throws very hard and when he’s throwing punches in bunches, you will see why we took this fight.” 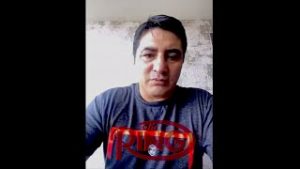 On not being in Angel’s corner on Thursday: “We have been working together for 3 or 4 fights. Sometimes we rotate fighters in our gym because we can’t train them all. It’s been about a year. Fernando Fernandez has been training with me and other fighters with me since 1998 so he is in good hands.”

On Angel’s development: “He has learned a lot with us. When we got him, he used to jump a lot. But now he is better in his offense. He is a great fighter who is very tough. He is very strong.”

On Angel seizing this opportunity: “There are opportunities that don’t come very often. We lost a fight last time that we weren’t supposed to. But in this fight, he has an opportunity that he has to take advantage of, and he will. You’ll see him make the most of it on Thursday.”

On fighting in Puerto Rico: “We know we are in Puerto Rico so it’s complicated. It’s going to be a tough fight. That’s the tradition because it’s Mexico vs. Puerto Rico. But he is going to come here and beat Machado in his hometown. We trust that the judges will do their job but there’s no doubt about it, we are going for the knockout.”

On Angel’s Mexican style: “We will work based on our ability. Remember that we are Mexican, and we have a different way of boxing. Mexicans fight with more heart and more perseverance.”