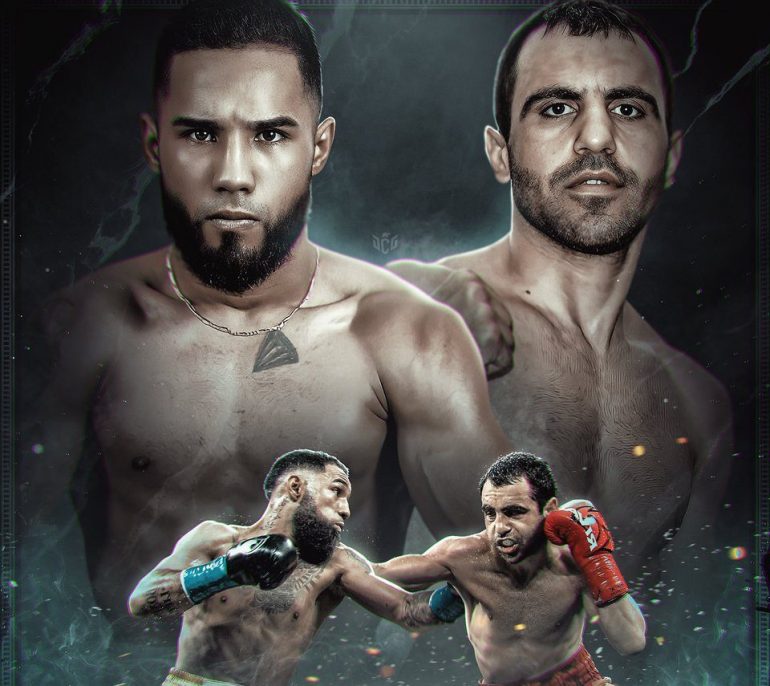 Ring-rated junior featherweights Luis “Pantera” Nery and Azat “Crazy A” Hovhannisyan, two of the most aggressive fighters in the 122-pound division, will face off in a 12-round WBC eliminator on Saturday, February 18, Golden Boy Promotions announced on Wednesday.

The winner of their matchup will be one step closer to a coveted opportunity to fight for the WBC world title. The event, presented by Golden Boy in association with Zanfer Boxing, is scheduled to take place at Fox Theater Pomona and will be broadcast worldwide on DAZN beginning at 5:00 p.m. PST/ 8:00 p.m. EST.

Tickets for Nery vs. Hovhannisyan go on sale Thursday, January 26 at 10 a.m. PT and are priced at $125, $75, and $50 plus applicable fees. Tickets can be purchased at GoldenBoyPromotions.com or FoxPomona.com.

“I am ready for the next challenge and prove yet again that I am the best, super bantamweight in the world,” said Nery. “Azat Hovhannisyan is an experienced and high-quality opponent, but the reality is that I’m ranked number 1 by the WBC and if I win this fight I will be ready to challenge Stephen Fulton or Murodjon Akhmadaliev so they can no longer avoid me. See you on February 18, Luis Nery is here for the long haul.”

“I have a lot of respect for Luis,” said Hovhannisyan. “He’s a former world champion and a very talented fighter. I know I’m going to have to do everything I can to win.”

“On February 18, you will see two hungry fighters who have been waiting for their chance at another opportunity to be at the top of their division,” said Chairman and CEO of Golden Boy Promotions Oscar De La Hoya. “You will see Hovhannisyan live up to his name as ‘Crazy A’ and pull out all the stops against Nery in this title eliminator to get a step closer to becoming a world champion.”

“We are very excited to have Nery back in the United States this February 18,” said CEO of Zanfer Boxing Fernando Beltran. “This fight is a great challenge for Luis, but he is at the top of his game and has not stopped preparing. I am sure that Nery will show why he is one of the best fighters in his division and that he can beat anyone.”

Information on the undercard will be shared soon.