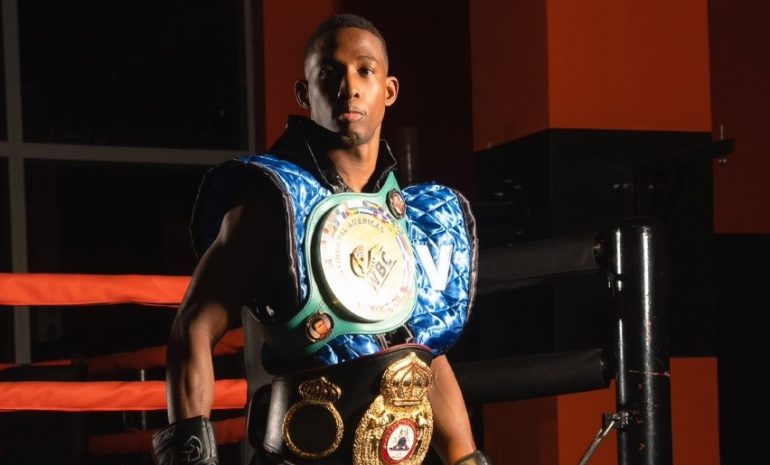 Rodriguez momentarily stunned Vicente early in the second round, but Vicente was able to recover and dictate the pace of the fight. Rodriguez did connect with hard left hooks or right hands to Vicente’s head, but Vicente continued to outbox and landed the more effective punches during most exchanges.

The 29-year-old Vicente, who was born in Cuba and is promoted by Sampson Lewkowicz, last fought on August 27, scoring a one-sided decision win over Mexico’s Miguel Arevalo Mejia. He has won his last nine bouts since losing a close split decision to Marcos Villasana in July 2018.

Rodriguez, who is originally from Venezuela and now resides in Barranquilla, Colombia, drops to 20-3, 10 KOs. The 35-year-old last fought on July 16, losing a unanimous decision to Lamont Roach.

In a clash of unbeaten featherweight prospects, hard-hitting Mirco Cuello of Argentina improved to 10-0 (9 KOs) by stopping Leivy Frias in the opening round. Time of the knockout was 2:32.

Cuello is also promoted by Lewkowicz.

Frias, who resides in Villa Altagracia in the Dominican Republic, falls to 12-1, 10 KOs.

The card was co-promoted by Lewkowicz and Carlos Andres Tello and aired live throughout Latin America on TyC Sports.