Tim Tszyu takes on Tony Harrison on March 12 in Australia 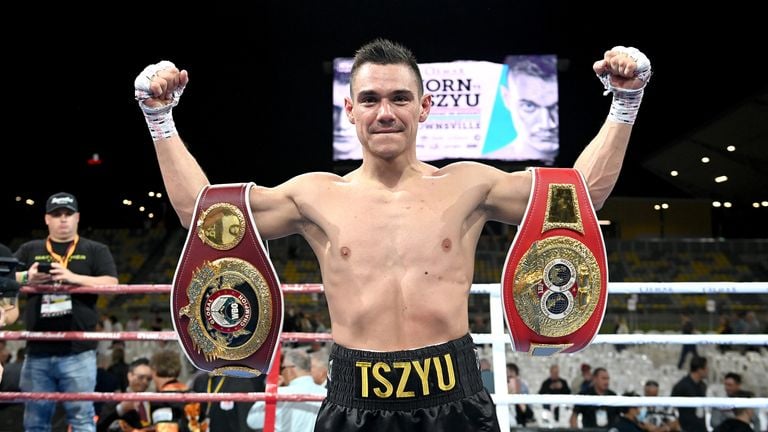 Looks like Tim Tszyu will face Tony Harrison on March 12 in a clash of junior middleweight contenders.

The 12-round bout will take place at a venue yet to be determined in Australia. The fight will likely take place early enough on Sunday for the fight to air live, likely on Showtime, on Saturday night in the United States.

Tszyu-Harrison will be a clash between junior middleweight contenders ranked in the top 10 by The Ring. Tszyu and Harrison are ranked No. 4 and 5, respectively.

The 26-year-old Tszyu (21-0, 16 knockouts), who resides in Rockdale, Australia, a suburb of Sydney, was scheduled to face Ring magazine and undisputed junior middleweight champion Jermell Charlo this Saturday at the Mandalay Bay Resort and Casino in Las Vegas, but the fight was postponed after Charlo suffered two fractures to his left hand while sparring last month.

The WBO is allowing the fight between Tszyu and Harrison to be contested for its interim world title belt.

Tszyu last fought on March 26, overcoming a knockdown in the opening round to defeat Terrell Gausha by unanimous decision in a competitive fight.

Harrison (29-3-1, 21 KOs), who resides in Detroit, Michigan, is also coming off a long layoff, having not fought since defeating Spain’s Sergio Garcia by unanimous decision on April 9. The win over Garcia comes almost a year after fighting to a split-decision draw against Bryant Perrella.

The 32-year-old has faced Charlo twice in recent years. Harrison won the WBC world junior middleweight title in December 2018, winning by unanimous decision. One year later, in a back-and-forth fight, Harrison was stopped by Charlo in the 11th round.

Charlo would then defeat Jeison Rosario, capturing the IBF and WBA world title belts, and then-WBO world titleholder Brian Castaño, in a rematch after a split-decision draw, to become undisputed champion at 154 pounds. The win over Castaño took place on May 14.

Per WBO rules and guidelines, Charlo has 180 days to face the winner of the Tszyu-Harrison fight.