The Ring’s 2022 Awards Nominees: Trainer of the Year 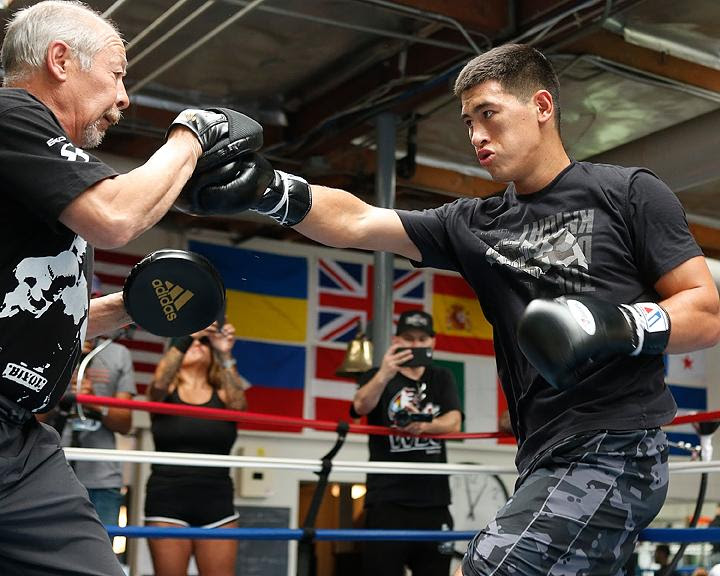 Bob Santos. The veteran conditioning and assistant coach stepped into the lead trainer role with a talented trio from the Dominican Republic, led by the breakout performer of 2022, Hector Garcia, the previously unknown junior lightweight who upset top contenders Chris Colbert (on short notice) and Roger Gutierrez (for the WBA title and the No. 2 spot in The Ring’s rankings). Santos also guided Alberto Puello to the WBA 140-pound belt and Carlos Adames up the middleweight rankings with significant victories in 2022.

Joel Diaz. The veteran trainer is involved with too many fighters to mention, but the core of his team is made up of talented group of former amateur standouts from Uzbekistan: unified 122-pound titleholder Murodjon Akhmadaliev (who defended his WBA and IBF titles with dominant 12th-round TKO of contender Ronny Rios), welterweight up-and-comer Shakhram Giyasov, super middleweight Bektimir Melikuziev, and junior flyweight Hasanboy Dusmatov, all of whom scored victories in 2022. Diaz also served as an assistant coach to heavyweight prospect Bakhodir Jalolov (with Tulkin Kilichev) and light heavyweight titleholder Dmitry Bivol (with Gennadiy Mashyanov).