Born on this day: Kid Gavilan 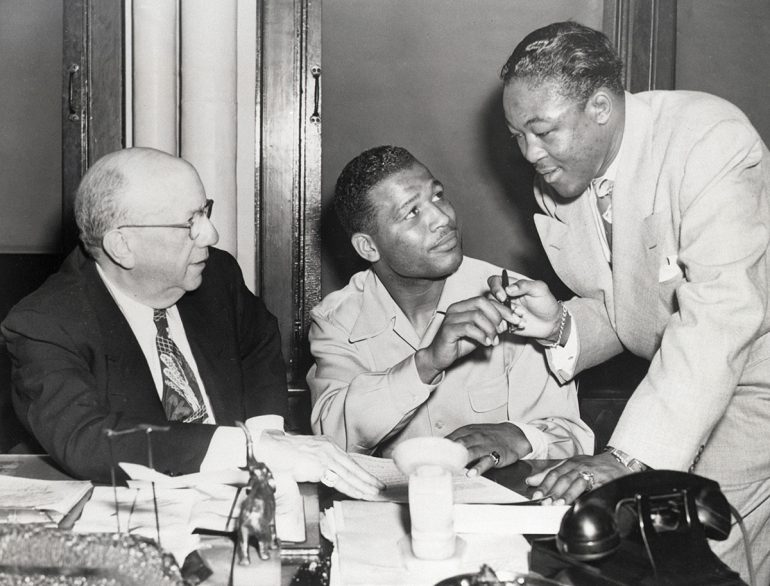 Champion and challenger sign for their eagerly anticipated rematch.
06
Jan
by Diego Morilla

A masterful boxer-puncher in the golden era of the welterweight division, with a unique punching style that only fueled his legendary status. The great Kid Gavilan was born 97 years ago today.

Gavilan (“Hawk,” in Spanish) was born Gerardo González on January 6, 1926 in Camaguey, Cuba. He worked on the sugar cane plantations as a youngster, developing some of the strength and the arm motions that would later come in handy for him in the ring.

He made his professional debut on June 5, 1943, and soon enough he developed a reputation as a non-stop punching machine with a peculiar style. The main weapon in his arsenal was a half-uppercut, half-hook that was known as the ‘bolo punch,’ which he claims was a direct consequence of the motion he used to swing his machete in the air before striking the sugar cane. Although he never claimed the invention of the punch, it did become his trademark, and he used it as his go-to punch during his entire career.

Fighting in Cuba during his early days and making occasional trips to Mexico, he finally settled in the US in 1946, becoming an attraction and facing some of the best men of his era, including Ike Williams and Sugar Ray Robinson, among others. It was Robinson who finally gave him a shot at the welterweight title in 1949, with Gavilan dropping a 15-round decision.

Two years and two dozen fights later, Gavilan finally grabbed the Ring welterweight championship with a win over Johnny Bratton, and then moving on to defend it against the likes of Billy Graham, Bobby Dykes, Chuck Davey and Carmen Basilio. After a failed bid to lift the middleweight belt from Bobo Olson in 1954, Gavilan dropped back down to 147 pounds to attempt a defense against Johnny Braxton, losing his belt in a 15-round decision.

Gavilan retired from boxing in 1958, after a 6-13-1 streak in the last three years of his career. His final record was 108 wins, 30 losses and 5 draws, with 28 knockout wins. During his heyday, however, he defeated some of the most fearsome men in the welterweight and middleweight division, including names such as Ralph Jones, Carmen Basilio, Billy Graham, Eduardo Lausse, Beau Jack, Tony Janiro and many others. He was never stopped in any of his 30 losses.

Gavilan died in 2003 of a heart attack in Miami, Florida. He was inducted into the International Boxing Hall of Fame in the inaugural class of 1990.