The Ring’s 2022 Awards Nominees: Round of the Year 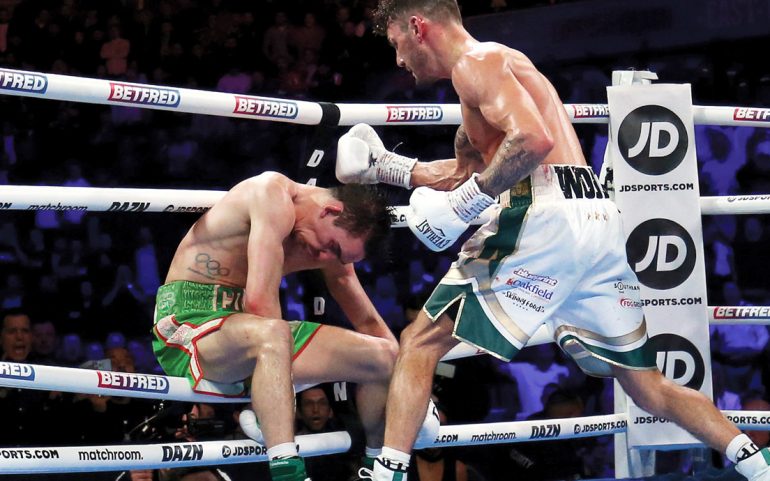 Leigh Wood was behind when he scored a dramatic late stoppage over Michael Conlan. Photo by Nigel Roddis/Getty Images
05
Jan
by The Ring

Round of the Year is one of The Ring’s oldest annual awards, dating back to 1945. It is 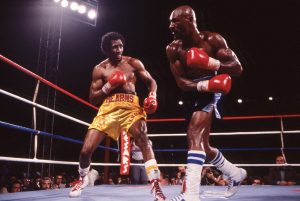 traditionally the most dramatic round of an entertaining high-profile fight, be it a chilling come-from-behind stoppage, as was the case with Rocky Marciano‘s famous KO of Jersey Joe Walcott in Round 13 of their heavyweight title bout (the winner of the 1952 award), crazy two-way action as was displayed in Rounds 4 and 5 of George Foreman–Ron Lyle (1976) and the opening round of Marvin Hagler–Thomas Hearns (1985), or combination of elements that includes almost inhuman resolve from both fighters as hardcore fans were treated to with the unforgettable Round 9 of Arturo Gatti–Micky Ward I (2002).

Sebastian Fundora-Erickson Lubin (Round 7). From the start of the Fight of the Year candidate Lubin boldly stood and traded with the near 6-foot-6 volume puncher and paid the price (getting dropped in Round 2 and suffering severe facial swelling) but the Floridian rallied in Round 7, reminding Fundora and the boxing public of his fight-changing power by pressing his towering nemesis to the ropes and scoring a knockdown.

Leigh Wood-Michael Conlan (Round 12). Conlan got off to a great start in this WBA featherweight title showdown, dropping the Nottingham hero at the end of the opening round and boxing the best fight of his pro career. But Wood willed himself back into the fight over the second half of the bout, setting up the incredibly dramatic championship rounds. The old adage “It ain’t over ’till it’s over” works well with the final round of this Fight of the Year candidate.

Errol Spence -Yordenis Ugas (Round 6). Despite being The Ring’s No. 3-rated welterweight at the time and holder of the WBA belt (which he earned by beating the legendary Manny Pacquiao), Ugas was a considerable underdog to the pound-for-pound rated Spence, who set a torrid and punishing pace, eventually overwhelming the Cuban with accurate volume power punching (especially to the body). But Ugas nearly shocked the world in Round 6.

Hiroto Kyoguchi-Kenshiro Teraji (Round 5). Teraji dominated most of this junior flyweight title unification bout but just when it seemed like he was about to finish off of his domestic rival in Round 5, Kyoguchi reminded us that anything can happen in the ring with an inspired late-round rally.