The Ring’s 2022 Awards nominees: Most Inspirational 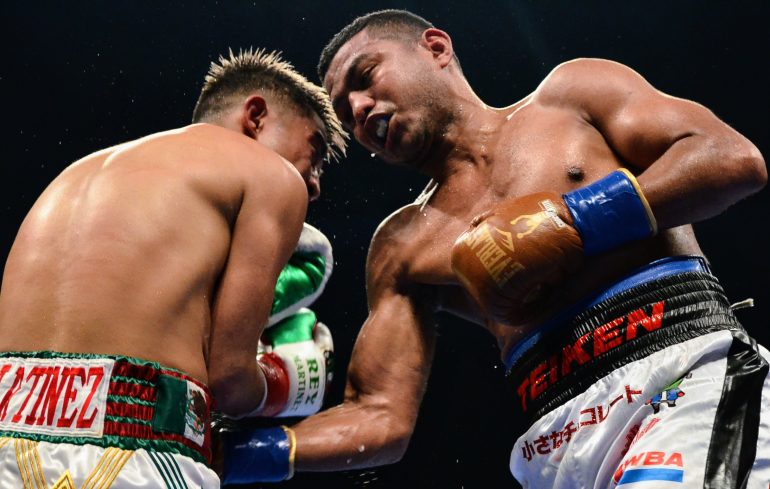 Chocolatito goes to work on El Rey. Photo by German Villasenor
04
Jan
by The Ring

One of The Ring’s newer year-end award categories, Most Inspirational recognizes individuals and stories that inspired hope and strength within the boxing world and the greater public. Past recipients include former featherweight contender Orlando Cruz (2012), the first openly gay world-class professional boxer, and Bernard Hopkins (2014). The future hall of famer, then-49 years old, unified two major light heavyweight titles and lasted the distance with a prime Sergey Kovalev (crossing network “streets,” from Showtime to HBO) the year he won the award.

Ukrainian boxers. All of the Ukrainian boxers — amateur, pro, active, retired — who dedicated their time, sometimes putting their lives at risk, to aid in the defense and citizen relief efforts in their country since the Russian invasion began in February.

Kiko Martinez. The 36-year-old veteran refuses to go quietly into the night. While clearly in the twilight of his 18-year pro career, Martinez kept his foot in the featherweight mix with a fourth-round stoppage of European champ Jordan Gill in October, rebounding from a game effort that ended in a bloody seventh-round TKO loss to Josh Warrington (which cost the Spanish contender his IBF title) in March.

Roman Gonzalez. The seemingly ageless volume-punching pressure-fighting master bewildered WBC flyweight titleholder Julio Cesar Martinez over 12 brilliant rounds in March and then battled his arch rival, Ring junior bantamweight champ Juan Francisco Estrada, in their much-anticipated rubber match in December. While the 35-year-old four-division champ dropped a majority decision to “El Gallo,” his gallant effort over the second half of the bout (which took place 10 years after their first match, as well as Chocolatito’s prime) reinforced the Nicaraguan’s ATG status.

Katie Taylor and Amanda Serrano. Women’s boxing came into its own in 2022 and the April showdown between Taylor and Serrano (Nos. 1 and 3 in The Ring’s female pound-for-pound rankings at the time) was irrefutable proof of this. The lightweight championship exceeded high expectations, not only in terms of the action and drama it produced in the ring but as an event at the Mecca of Boxing, Madison Square Garden in New York City.