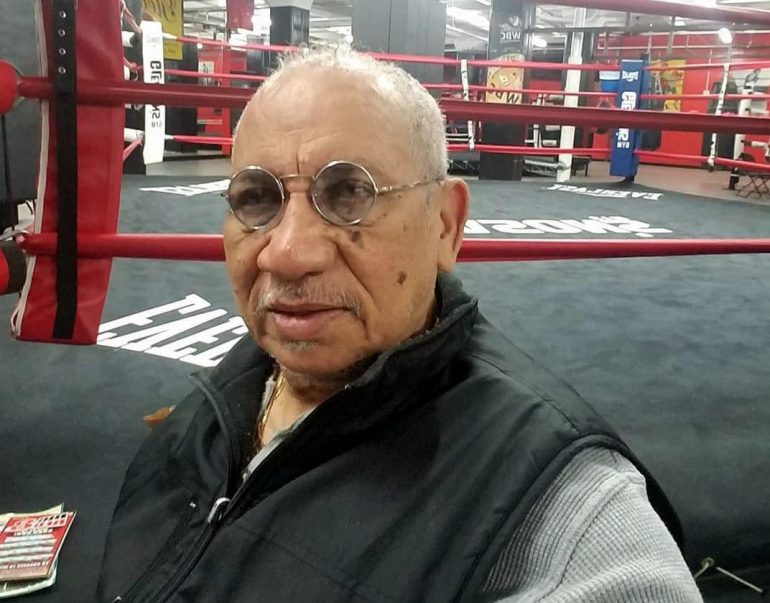 Hector Roca, the New York-based trainer who worked with nearly two dozen world champions, died on Tuesday at the age of 82.

A longtime staple of Gleason’s Gym dating back to its days in Midtown Manhattan, Roca had been hospitalized since last month due to kidney failure and an abdominal aneurysm, according to a GoFundMe page set up to assist with his expenses. Gleason’s Gym owner Bruce Silverglade tells The Ring that Roca passed away in his sleep due to a heart attack.

The GoFundMe page, which was organized by Rebecca Brown, has now raised over $18,000 towards a goal of $25,000, which will now go towards repatriating his body to his native Panama, where he will be buried next to his mother.

For Roca, boxing was a passion that came later in life. Though his family back home in Panama was into the sport, he described himself in a 2005 interview with New York magazine as a “very bad fighter.” He instead gravitated towards competitive cycling. It wasn’t until he came to the United States in the 1970s and walked into Gleason’s Gym to observe the boxers’ workouts that he found his calling as a trainer.

Prior to that, Roca worked transporting clothing racks and as a garment cutter, according to a story from Dumbo Direct.

Roca worked most notably with Arturo Gatti, leading him to his first world title in 1995, and worked with Hector Camacho Sr. at the tail end of his career when he defeated Roca’s Panamanian compatriot Robert Duran in their 2001 rematch. He also worked with world champions Iran Barkley, James “Buddy” McGirt and Regilio Tuur, and, in more recent times, Heather Hardy and Alicia Ashley.

Roca’s greatest exposure came in 2005, when he prepared Hilary Swank for her Academy Award-winning role in Million Dollar Baby. Other celebrities he worked with include Jennifer Lopez, Wesley Snipes, John Leguizamo and Michelle Rodriguez.

Silverglade, who bought the gym in 1982, co-wrote a boxing workout book for women with Roca in 2007. He traveled the world with Roca, and says his death is a terrible loss for the sport. 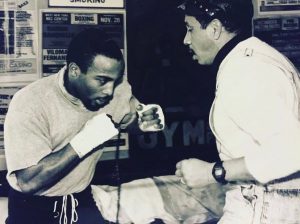 “He was more than just a trainer here, he was someone who was part of the fabric of Gleason’s Gym,” said Silverglade, who relocated the gym to Brooklyn in 1987.

“He commented on all the fighters, he would help people out. Sometimes he would give comments when other trainers didn’t appreciate it but that was Hector. He knew this gym and he knew the sport of boxing,” said Silverglade, who says a memorial service is being planned at Gleason’s for Roca.

McGirt, who worked with Roca from 1986 to 1988, won his first world title with Roca, and says Roca taught him much of what makes him the trainer he is today. Though McGirt is seen universally as one of the top trainers in the sport, he says Roca doesn’t get the credit he deserves.

“There’s a lot of people that hated him…said he was a bicycle rider, but he was smart and he just needed that opportunity,” said McGirt.

McGirt said Roca believed he would be a champion when few others did, and they had a father-son relationship which endured after they stopped working together. In 1990, Roca trained Rafael Williams against McGirt for a fight at Madison Square Garden, and the guilt of working against his protege’ ate him up.

Remembers McGirt: “Going to the fight I got on the elevator to go to the dressing rooms and Hector got on the elevator with me. I could smell the alcohol from Hector and I knew he didn’t normally drink. So I said, ‘Are you ok?’ He hugs me and starts crying and says ‘I love you, you know that, right?’ Hector goes, ‘I want to say good luck but you’re not gonna need it.’” McGirt won a shutout decision, save for one round on a single card.

“Gleason’s is not gonna be the same without him,” said McGirt. “At least not for a long time.”

Dmitriy Salita, the former junior welterweight contender turned promoter, agrees with McGirt that Roca had his detractors, but says his boxing knowledge was undeniable.

“Hector had a lot of haters but to me he had one of the best boxing minds. He had an amazing acumen for what was going on in the ring, was able to break it down in a very detailed and plain way,” said Salita, who had Roca in his corner for his N.Y. Golden Gloves championship win in 2001 and the first dozen fights of his pro career.

Salita credits Roca with teaching him to run like a professional boxer, adjusting from running 7-minute miles to slower, hour-long speed walks which helped him acclimate to longer fights. He also taught technical skills, like turning punches over at the correct moment to generate the most power, and to avoid smothering your punches, and alternating the speed on his jab.

There were other lessons that were unique to Roca’s philosophies, including the virtues of eating soup, which fighters were advised to do at least three times per week during training camp.

“He felt that hot soup would help your stomach and would help you take body punches,” said Salita, who remembers Roca as an early riser with a passion for nickel slot machines.

Hardy, a Brooklyn native who won the WBO featherweight title with Roca, had visited him several times in the hospital. From his hospital bed, Roca had Hardy shadowbox to observe and correct her form.

“So many memories, so many stories, so many lessons. I loved him so much and my heart is absolutely broken,” wrote Hardy on her Facebook page.