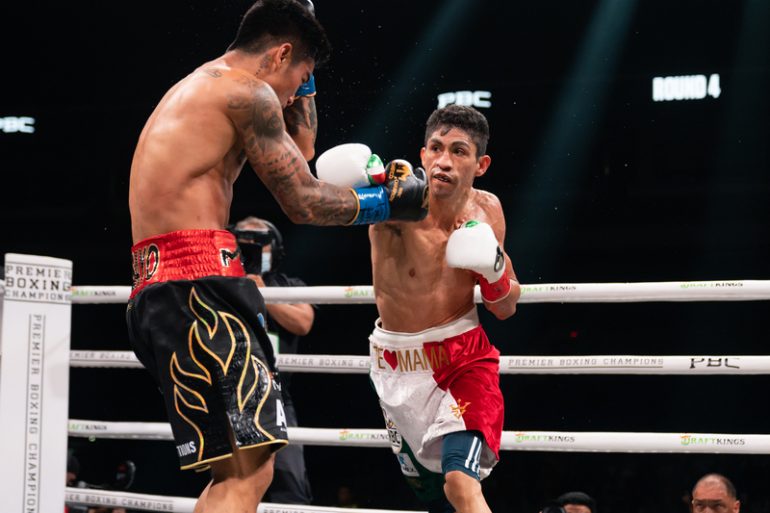 The 12-round bout, which will be for the vacant WBC world junior lightweight title, is scheduled to take place at the Alamodome in San Antonio, Texas on a PBC card that will air live on Showtime.

Vargas (36-0, 22 knockouts), who resides in Otumba, Mexico, is looking to become a world titleholder in three weight divisions. He won the WBC world featherweight title in his last bout on July 9, defeating Mark Magsayo of the Philippines by split decision.

The WBC world junior lightweight title was vacated by Shakur Stevenson after failing to make weight for his title defense against Brazil’s Robson Conceicao on September 23. At its convention in October, the WBC approved Vargas’ petition to fight for the vacant world title after Vargas decided to move up in weight.

The 32-year-old Vargas is ranked No. 2 by The Ring at 126 pounds. He has recently fought on PBC cards after fighting a handful of times under the Golden Boy Promotions banner.

Foster (19-2, 11 KOs) is currently ranked No. 6 by The Ring as a junior lightweight. He is the mandatory challenger to the WBC world title at 130 pounds.

In his last bout on March 18, Foster dropped Muhammadkhuja Yaqubov once en route to a unanimous decision victory. The win over Yaqubov was his first since December 2020, when he stopped former world title challenger Miguel ‘Mickey’ Roman.

The 29-year-old Foster, who resides in Houston, has won his last nine fights since losing to Ronaldo Chinea by split decision in July 2016.

The Ring has learned that a compelling fight between top of the junior welterweight’s hardest punchers will also take place on the February 11 card. Subriel Matias of Puerto Rico will face Argentina’s Jeremias Ponce for the vacant IBF world title.

Ring Magazine junior welterweight champion Josh Taylor vacated the IBF title in August after stating he was focused on a rematch with Jack Catterall. The IBF had ordered Taylor to make a defense against Ponce, who is the mandatory challenger.

Ponce (30-0, 20 KOs) stopped Lewis Ritson in the 10th round on June 12 of last year in his most notable fight, on paper, of his pro career. He has stopped four of his last five opponents.