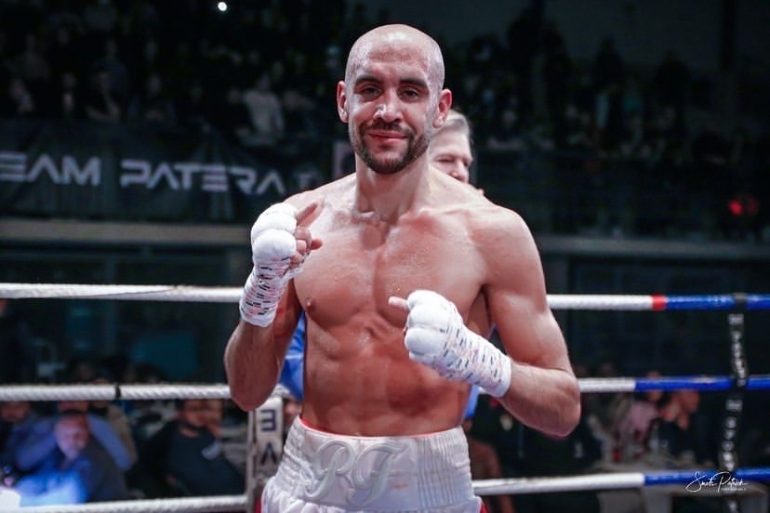 Former European lightweight titleholder Francesco Patera is looking to face one of the big names in the deep 135-pound division in 2023.

The talented stylist from Belgium is unbeaten in his last nine fights dating back to 2017 and wants to step into to the upper echelons of the sport.

The 29-year-old first gained acclaim when he impressively bested previously unbeaten Lewis Ritson in front of the Brit’s home fans in Newcastle, England. That win saw him claim the European title. Subsequent defenses over Marvin Petit (UD 12), Paul Hyland Jr. (TKO 6) and Domenico Valentino (UD 12) followed and Patera seemed primed for something on the world stage.

However, like many others, his plans were greatly impacted by the worldwide COVID-19 pandemic.

“I should have fought for the interim WBA title and that’s why I vacated the EBU belt,” he explained. “But then Covid hit and I didn’t fight for 18 months. I lost the chance to fight for the WBA interim and the WBC Silver title because I was out too long and I had Covid just before the week of the fight and had to pull out of the Boschiero fight in December 2020, that fight should have been for the WBC Silver title.

“I feel if Covid did not happen I would have fought for a world title and had bigger fights so you can say it did affect my momentum but I’m back with four wins since and I won the WBO Intercontinental and the WBO global belt.”

Patera was able to reschedule the contest with Boschiero (UD 12) for October 2021. He’s won both fights this year including beating Giuseppe Carafa (UD 10) in November.

“The fight against Carafa went well, it was a high tempo fight I was pressing the action and hitting him with some very good shots,” he said. “I wanted to get the KO win but props to my opponent who was very durable. I got a comfortable decision victory after 10 rounds.”

If he can’t find a way to reach a big fight, he admits he may need to find a day job.

“You don’t make a lot of money in boxing unless you are at the top or very famous. I hope to get my shot soon. But I’m already very thankful for what I have.”