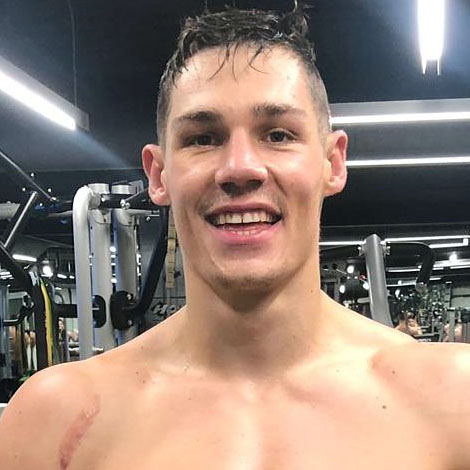 The Ring’s No. 10 cruiserweight contender Chris Billam-Smith kept alive hopes of a shot at the IBF champion Jai Opetaia with a stunning fifth round knockout of German-based Kosovan Armend Xhoxhaj.

Billam-Smith, 32, is 17-1, and he lit up the Bournemouth International Centre with a thunderous finish and now hopes to return to the town’s Vitality Stadium next summer for his big world title fight.

The Bournemouth star was nailed by a terrific right hand in the second but weathered a storm and while the local hero was having his own successes, Xhoxhaj’s handspeed was causing problems.

Trainer Shane McGuigan reprimanded his charge, Billam-Smith, for pulling out with his head high in between rounds but Xhoxhaj was busy and aggressive through the third. Billam-Smith showed clear improvements to his inside game towards the end of round three, landing some good body shots and making himself hard to hit.

Xhoxhaj, now 14-3, slowed in the fourth and the bigger man from Bournemouth increasingly began to impose himself. They both landed good right hands moments before the break but midway through the fifth, Billam-Smith broke through with an eye-catching combination to body and head and he landed a crushing right uppercut that took everything out of Xhoxhaj and stretched the visitor out on his back in dramatic fashion.

When asked if a world title was next, Billam-Smith said: “Absolutely, let’s go to Dean Court [now the Vitality] and win a title.”

Daniel Azeez scored the biggest win of his career and added the Commonwealth light-heavyweight crown to his British belt with a workmanlike stoppage of Liverpool’s Rocky Fielding.

Azeez decked Fielding with a body shot in the closing moments of the seventh and trainer Jamie Moore told Fielding he would give him one more round to turn the fight.

Azeez maintained the upperhand through the next and as he continued to break the Liverpool puncher down, Fielding’s corner threw the towel in.

Fielding, 35-years-old, is now 30-3, with his two other losses coming to Callum Smith and Saul Alvarez. Time of the stoppage was 2-05 of the eighth. Azeez improves to 18-0 (12) and said he might look towards a fight for the European title next and he could box again as soon as January 21. However, promoter Ben Shalom said Azeez would need a break first.

London southpaw Dubois is now 5-0 (4) and a real talent, Argentine Rodriguez is now 5-8. Caroline broke through early with several right hooks and then started to measure Rodriguez with long straight lefts before she began nailing her opponent with both hands forcing the stoppage.