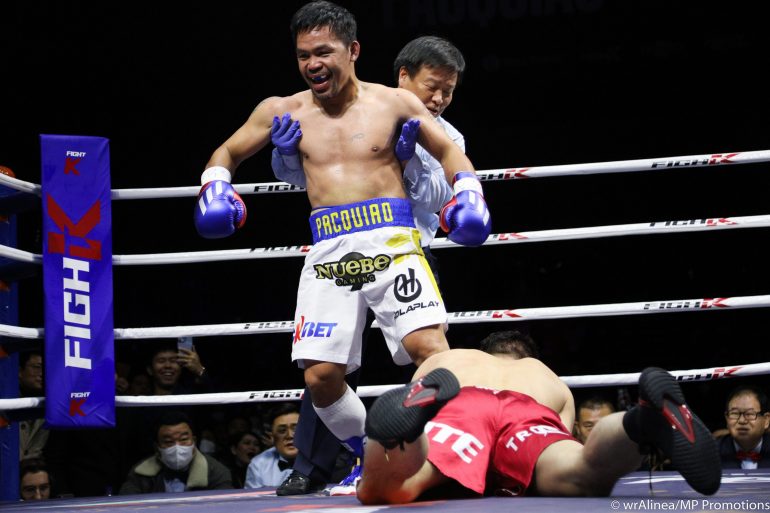 All photos by Wendell Alinea
11
Dec
by Ryan Songalia

Manny Pacquiao is back. Sort of.

The 43-year-old living legend returned to the ring on Sunday, going six, two-minute rounds against a YouTuber named DK Yoo in Goyang, South Korea. Though Pacquiao was announced as the winner, the exhibition does not count as an official fight, with both men having their hands raised in the end.

The exhibition was the first time that Pacquiao, a former eight-division champion with a 62-8-2 (39 knockouts) record, had been in a ring since declaring his retirement following his August 2021 decision loss to Yordenis Ugas.

Pacquiao had weighed in at 161 pounds, 14 pounds heavier than the welterweight limit he had previously weighed in at during his previous career highs. Yoo was significantly heavier at about 174 pounds, but his size advantages were negated by the former eight-division champion’s vastly superior skill and athleticism. 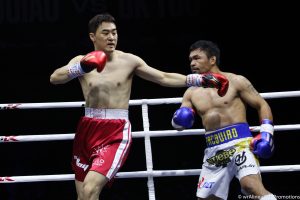 Yoo, who is also 43, brought some athleticism mixed with the boxing instincts that Mitt Romney showed in his 2015 charity exhibition with Evander Holyfield. Yoo appeared to quit near the end of the fourth round after retreating into a seated squat in his own corner after Pacquiao unleashed a two-punch combination. The referee called off the bout, but then changed his mind after Yoo protested.

The referee gave Yoo a breather in the fifth after Pacquiao missed a punch over the top of Yoo’s head during an assault and ruled it a rabbit punch.

Pacquiao dropped Yoo again in the sixth round with a left uppercut, after which the referee gave him 30 seconds to recover so the self-styled master of the “zero inch punch” could last the distance. Pacquiao knocked Yoo down again at the end of the sixth round, but the Korean Boxing Commission referee took Yoo’s word that it was a slip.

Afterward, Pacquiao seemed to leave the door open to future exhibition matches, which have come back into vogue after Pacquiao’s former rival Floyd Mayweather Jr. competed in a number of them in recent years. Mayweather had previously beaten Pacquiao by unanimous decision in a 2015 mega-fight that was several years overdue. 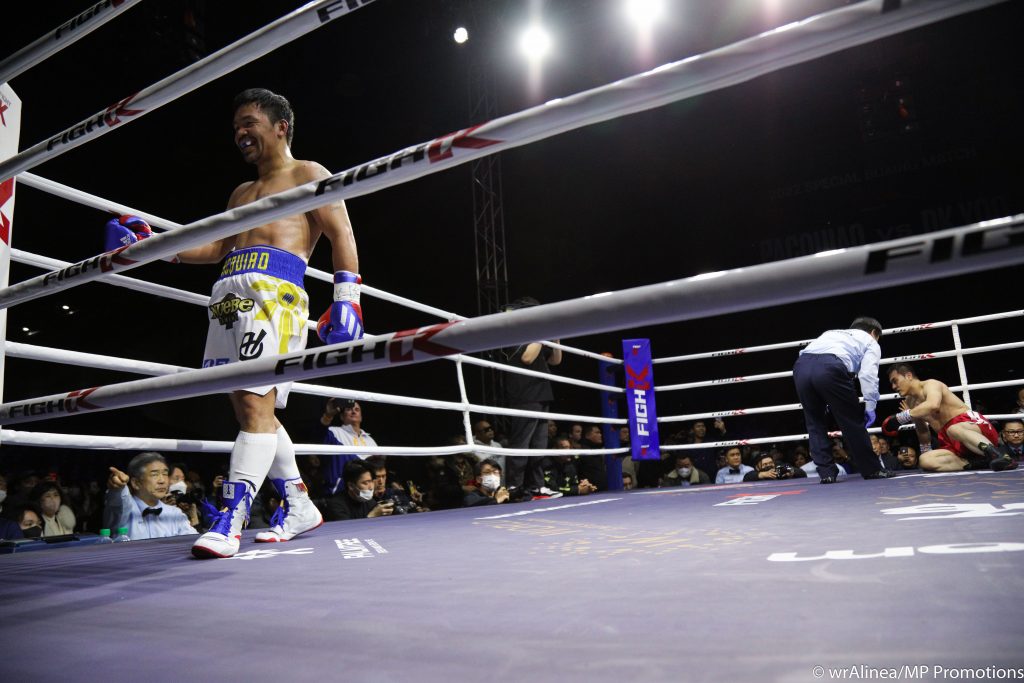 Pacquiao, when asked about facing Mayweather once more, this time in an exhibition, was unsure about whether their paths would cross again in the ring.

“I have no idea. He always changes his decision,” said Pacquiao.