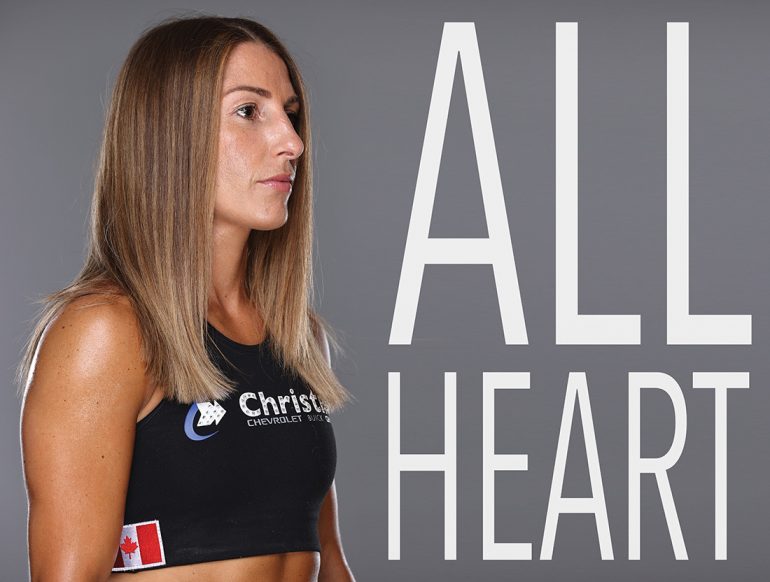 The following story was featured in the October 2020 issue of The Ring Magazine. To purchase back issues, visit our store.

KIM CLAVEL PASSIONATELY STEPPED FORWARD TO HELP OTHERS WHEN HER BOXING CAREER WAS INTERRUPTED, AND HER RENEWED COMMITMENT TO WINNING IS JUST AS STRONG

In a half-year unlike any in recent memory, Kim Clavel spent a good portion of it on the front lines, mainly as a nurse treating elderly patients stricken by the coronavirus in her hometown of Montreal. But by late June, the front line had changed for the junior flyweight contender and she found herself secluded in a Québécois forest, preparing for a July return to the ring.

“I’m training like Rocky Balboa right now,” said Clavel when The Ring caught up to her. “I’m in training camp and I’m far away from Montreal.”

Does that mean some wood chopping by the 108-pounder?

“I’m chopping trees, I have a kayak, I’m mountain climbing, running, everything.”

“I was running after chickens, too,” she laughs, showing that her Rocky game is truly on point.

More importantly, Clavel was back in her element and couldn’t be happier, a welcome development during a time when smiles are in short supply and stress is at an all-time high. And that was just for the majority of people around the globe who had to deal with the realities of the COVID-19 pandemic. For others, like the 29-year-old Clavel (11-0, 2 KOs) after her March 21 bout with Esmeralda Moreno was called off, everything took on a whole new meaning. 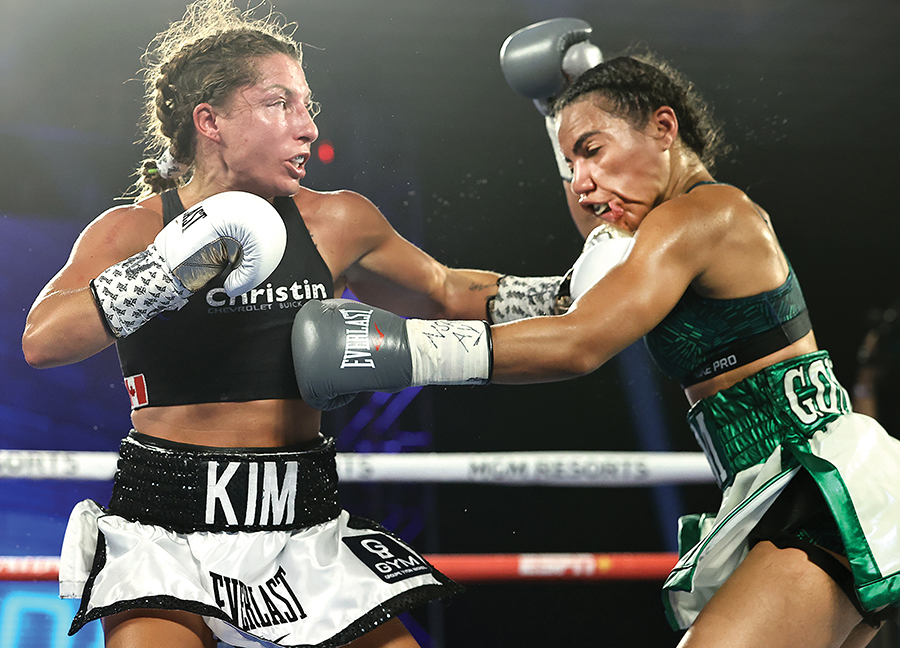 It was going to be a major step forward in Clavel’s career. Mexico’s Moreno had fought the best of the best, held a world title, and this was slated to be a main event in Montreal. Then it was gone in the blink of an eye, just like all professional sports forced to pause. Clavel had her brief mourning period for the loss of the bout, but there would be no Netflix binge-watching, no ready-made excuse to get out of shape and eat all the things professional boxers should not be eating. As the world changed, Clavel decided to return to her former day job as a nurse, this time to aid COVID-19 patients.

“I’m the kind of person that I can’t do nothing at home,” she said. “My fight was canceled, yes, I was sad for one or two days, but I don’t like negativity. I want to help; I want to make a difference. I had the competence to do it, and it was really important for me to do it, too.”

Used to working in the maternity ward, Clavel was assigned to retirement and elder care centers this time around, picking up overnight shifts wherever she was needed. And she was needed a lot by patients who were unable to see their families due to the infectious nature of the virus.

“That was really hard,” Clavel said. “The first month I went back to work in the elderly center, and I was shocked. Honestly, I was really shocked by what I saw. There were old people alone, the Alzheimer’s patients didn’t understand the situation and I saw a lot of people die. I was used to working in maternity and seeing newborns and life, and now I saw people die in sad conditions. That was really hard for me mentally, and I had to stay strong.”

While she stayed strong, she brought light to people who needed it the most, even as she put her own health at risk on a daily basis. That wasn’t an issue for Clavel, who put the needs of her patients ahead of her own.

“I’m the kind of person that I can’t do nothing at home.”

“I tried to stay positive, and I worked to make a difference and be there for people,” she said. “I had to be there for them, because they were alone. So I was there talking with them, singing with them, dancing with them, and I was just there because they didn’t have their children around. It was really important for me to help. It’s a vocation inside of me that’s strong. I need to help others.”

Once word got out that one of Canada’s best boxers was filling up her time during lockdown to work on the front lines, it was no surprise that she was selected to receive the Pat Tillman Award for Service at the 2020 ESPY Awards. That recognition was a light in a dark time for Clavel, just as she provided light for those who needed it, some in their final hours. 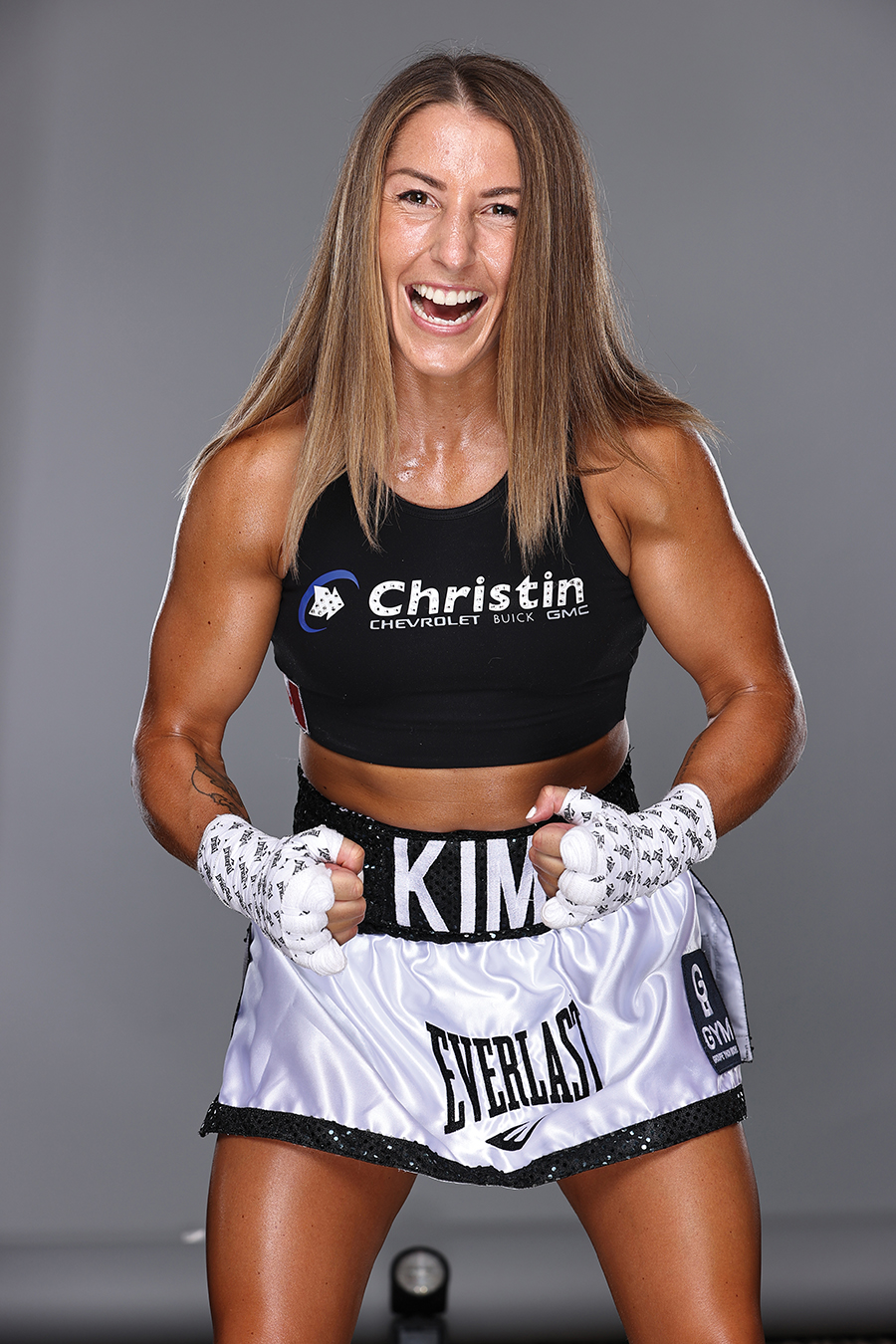 “It was not an easy part of my life, but I know that I found a strong side inside of me and I know it will help me in my future in my boxing matches and in my life,” said Clavel, who got the news a few weeks later that her boxing career would resume in Las Vegas on July 21. Her opponent would be unbeaten prospect Natalie Gonzalez (6-0, 1 KO) in an eight-round bout, but the name and scheduled distance didn’t matter to the Canadian, who was training as if it were a championship fight. And it might as well have been, because from here on out, all eyes will be on a fighter from a country not exactly known as a hotbed for women’s boxing.

Sure, longtime world champion Jelena Mrdjenovich has always done well in the Great White North, Olivia Gerula has been in with several of the sport’s biggest names and unbeaten junior middleweight titleholder Marie-Eve Dicaire proudly calls Canada home. But beyond that, there’s plenty of space for Clavel to fill in, and she’s learning how to do that after an amateur career that included seven national championships.

“I already had credibility as an amateur boxer, so I was able to get attention from the Canadian promoters,” she said of her early days in a pro career that began in 2017. “But amateur boxing and professional are two different things. I saw that as a professional, it was more business. You have to sell tickets, you have to be in the media, and it’s different. It’s more money, but my passion is the same.”

Luckily, Clavel has plenty of quality opponents in and around her weight class, she is promoted by the respected and well-connected Yvon Michel and her story has already drawn in an audience that goes far beyond the hardcore boxing fanbase. In other words, all the pieces of the puzzle are there for her to be a star. All Clavel has to do is win. And she did so against Gonzalez, winning a shutout on the scorecards.

“I have a little attention now because of my ESPY award, but now I want attention because of my skill in the ring, too,” she said. “That’s what I want to prove, and the next year is going to be a big one. I’m not too far from a title fight. And in flyweight, light flyweight and minimumweight, we have a lot of potential and we have a lot of good fighters. It’s challenging, and I like it.”

Spoken like a true fighter, in and out of the ring, and the kind of person who reminds you that in a world turned upside down, there are still good people out there. Living that life isn’t easy, but Clavel embraces it.

“I’m really comfortable to be a role model, and if I can inspire only one little girl, my goal would be complete,” she said. “So that’s important for me. I don’t think about the pressure. I just do everything with passion and motivation, and I just want to live my present moment. That’s really important. And if I can inspire a couple people in women’s boxing and open some doors for the next generation, I would be the happiest girl on Earth.”