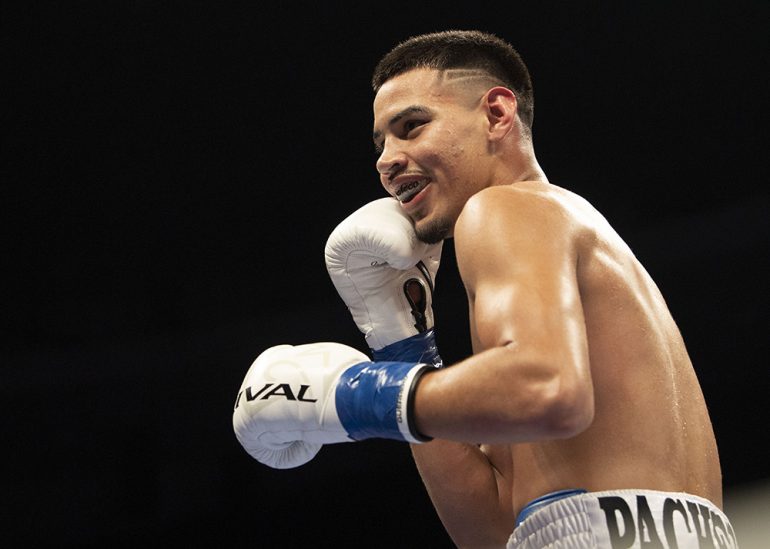 Best night of pro career and why: Pacheco feels his best performance came over 8,000 miles from home when he stopped Selemani Saidi on the undercard of Andy Ruiz vs. Anthony Joshua 2 in December 2019.

“I’d probably say in my eighth fight, in Saudi Arabia — I got a first-round knockout,” Pacheco told The Ring. “I was a swing bout and I was lucky enough to land right before the main event. The stadium was full. Everybody was waiting for the main event. They threw me on, I was 18 years old, and I knocked this guy out with a three-punch combo. It was great.

“They had me out there for two weeks because of the time difference [Editor’s Note: Diriyah, Saudi Arabia is 11 hours ahead of Los Angeles] and I had to get used to all that. Being around the culture and getting to know the city was really fun. Obviously, we were there for the fight, but I loved the experience, and I was really happy with the outcome. I took full advantage of the opportunity that was given to me.”

Worst night of pro career and why: Pacheco feels he failed so shine against Felix Aguilar, early in his professional career.

“My second fight as a pro, which was my first televised fight; it was the first time Matchroom and DAZN had really watched me,” he explained. “I was already signed to Matchroom, but my debut, since I was 17, they threw me on a card in Mexico with Zanfer and got that one out the way. Then the second one was the DAZN show. I was fighting a guy who was 1-0, from [Tijuana], and the fight was in TJ, so he had a big crowd.

“I was 17 and I guess nerves got to me a little bit. I won every single round, but I couldn’t stop him. He was going through all my shots. He never hurt me with anything or caught me with anything; it was just a frustrating fight, and I feel I learned a lot from that fight.”

What’s Next: Pacheco will face late replacement Ricardo Luna (24-8-2, 16 knockouts) in a scheduled 10-round contest on the undercard of Juan Francisco Estrada-Roman Gonzalez 3 at Gila River Arena in Glendale, Arizona, on Saturday. 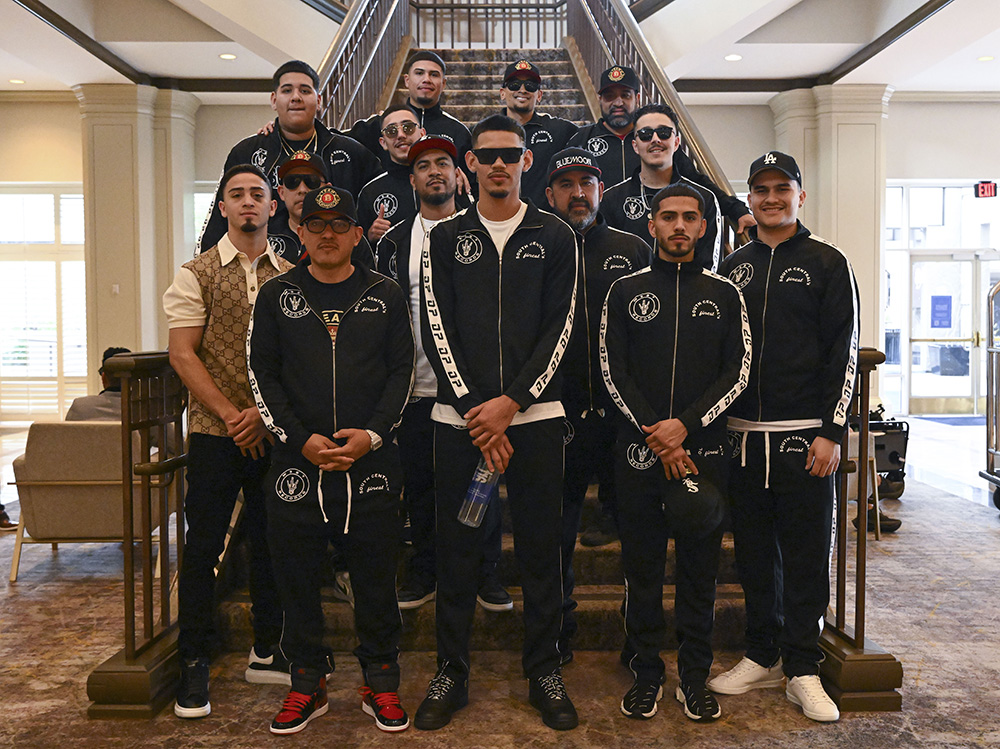 Luna, who stepped in on two weeks’ notice to replace Timur Kerefov, turned professional in 2009. After a couple of early defeats, he claimed the Mexican middleweight title. However, when he has stepped up, he has lost to the likes of Ryota Murata (UD 10), D’Mitrius Ballard (UD 10), Erik Bazinyan (TKO 5) and Bektemir Melikuziev (KO 1).

Why he’s a prospect: Pacheco was an eight-time national champion as an amateur, six in the U.S and two in Mexico, up to Youth level. However, rather than single out a particular tournament as a highlight from his amateur career, he prefers to mention a span of time.

“I was on a roll for a year-and-a-half where I didn’t lose at all. I was winning every single tournament and I was stopping half the people I was fighting,” he recalled. “I feel that whole time was a crazy adventure. I was ranked No. 1 in the U.S and Mexico. I was traveling to all different States in both countries, just beating up everybody they put in front of me. It was fun to get to know all these places, because where I come from, a lot of kids don’t get to go out of town and meet new places like I did.” 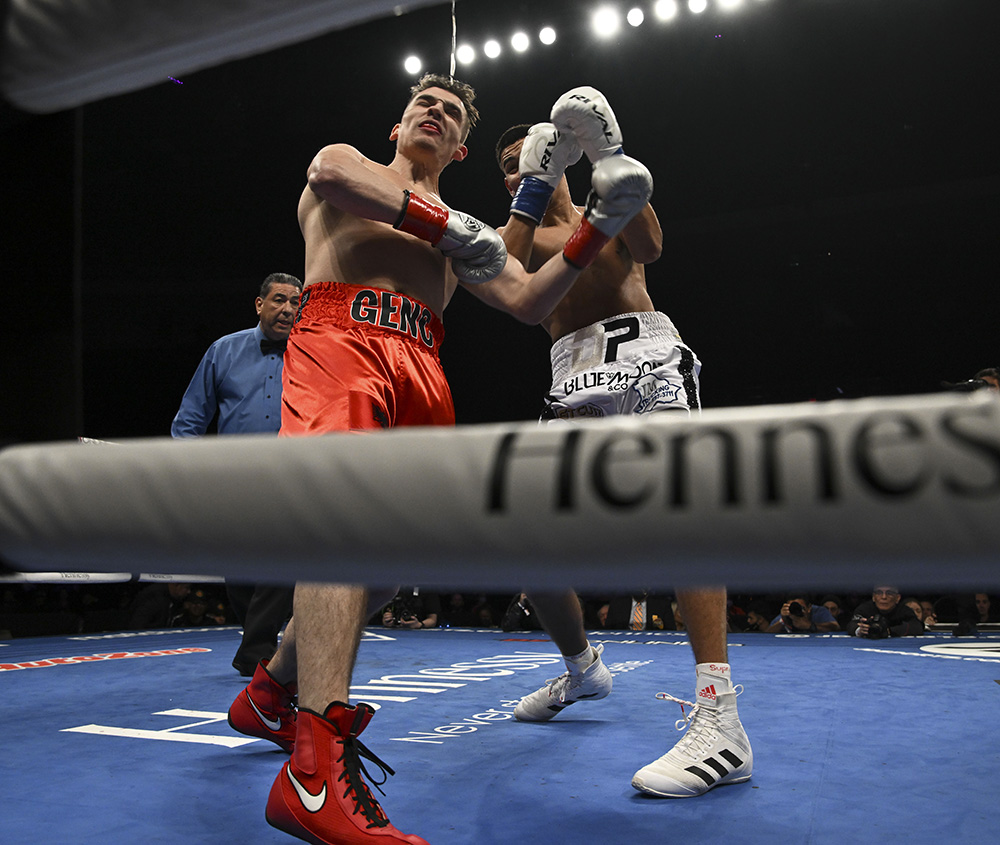 He did have Olympic aspirations, but things didn’t work out.

“I wanted to be an Olympian for Mexico and get them a gold medal. There hasn’t been a gold Mexican medalist for I don’t know how long,” explained Pacheco. “They took me to Budapest to the [Youth] Worlds, and I lost to [Nurbek Oralbay of] Kazakhstan, and that guy ended up winning the gold [in the Youth tournament].

“I had a meeting with the Mexican team. There was two years left until the Olympics; it was 2018 at the time. They told me, ‘If you want to be an Olympian, you have our full support, but we need you to live in Mexico for the next two years, training here.’ I was already there for two months and I didn’t like it, so I didn’t want to be there for the next two years. I was like, ‘No, I want to go back home to L.A.,’ because that is what we agreed on first, but then they changed it on me.

“From the beginning, I remember people telling my dad, ‘This kid is special.'”

“I didn’t want to do that. So, since I was in Mexico, the U.S. closed the doors on me. After you represent another country, you can’t go back to a different country for two years. So that door was closed.”

The 21-year-old has sparred several up-and-comers, but the biggest name he has shared a ring with is two-time WBC super middleweight titlist David Benavidez.

“David reached out to me on Instagram after that fight in Saudi Arabia,” explained Pacheco. “He said he was watching and liked what he saw, so he reached out to me and wanted to fly me out to Seattle from L.A. to give him some work, to spar. I was like, ‘Hell yeah, let’s do it.’

“I was here for two months, living in his house; he even let me borrow one of his cars. He was treating me super good, paying me $2,000 a week, so I loved being down here with him. I was learning a lot as well. He literally took me in and took me to do everything he did; if it was recovery, a massage, whatever it was, he’d pay for all my stuff. No one had ever done that for me, so it meant a lot to me. He wanted me to get better and I really appreciated it.”

Pacheco feels he does several things very well and lists them as key assets:

“I feel I have a little bit of everything,” he said. “I’m 6-foot-4; I’m really big for the division. I have to use my distance, which is my advantage. I work a lot keeping my distance, popping my jab, my long, straight shots up and down to the head and body, to the shoulders, everything. I love hitting the body as well, once I get close. I like hitting the body, the uppercuts. I feel I could box, I can move back, I could pressure forward, I could become a counterpuncher. 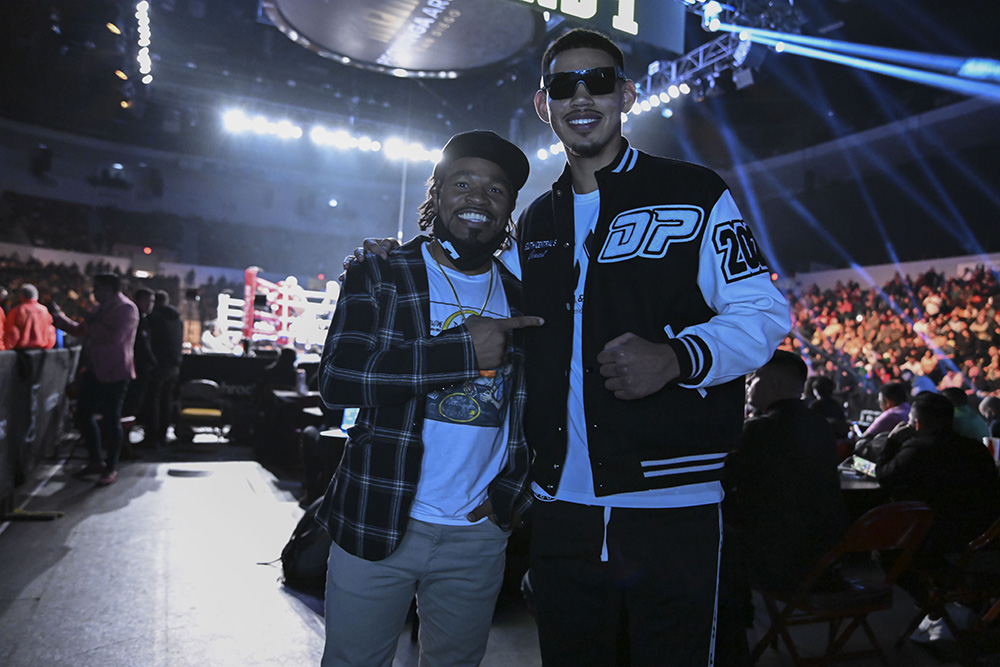 “[My] defense is sharp. I’ve only really been hit once or twice flush my whole career. I’m always looking to get better at everything. I don’t focus on one thing; I try to focus on everything, staying sharp and getting better.”

Former WBC junior middleweight titlist Sergio Mora, who now works for DAZN as a commentator, is very familiar with Pacheco.

“I’ve called a majority of his fights, and I can tell you he’s been developing like a true professional,” said Mora. “The trick for every talented fighter is to try to get better and learn every performance, and Pacheco has.

“He’s learned how to slow the pace of the fight down, landing harder and cleaner punches, especially to body, and set up his power with patience. At 21 years old, he’s ahead of the game and has a bright future.

Why he’s a suspect: Pacheco’s talent is not in question; he has already shown himself to be a blue-chip prospect, and it will likely take someone at world level to push him. It’s more about the finer details.

He appears to possess a keen work ethic and has shown his desire by moving away from home. He has also brought younger brother Federico, a fledgling heavyweight, to live and train with him. 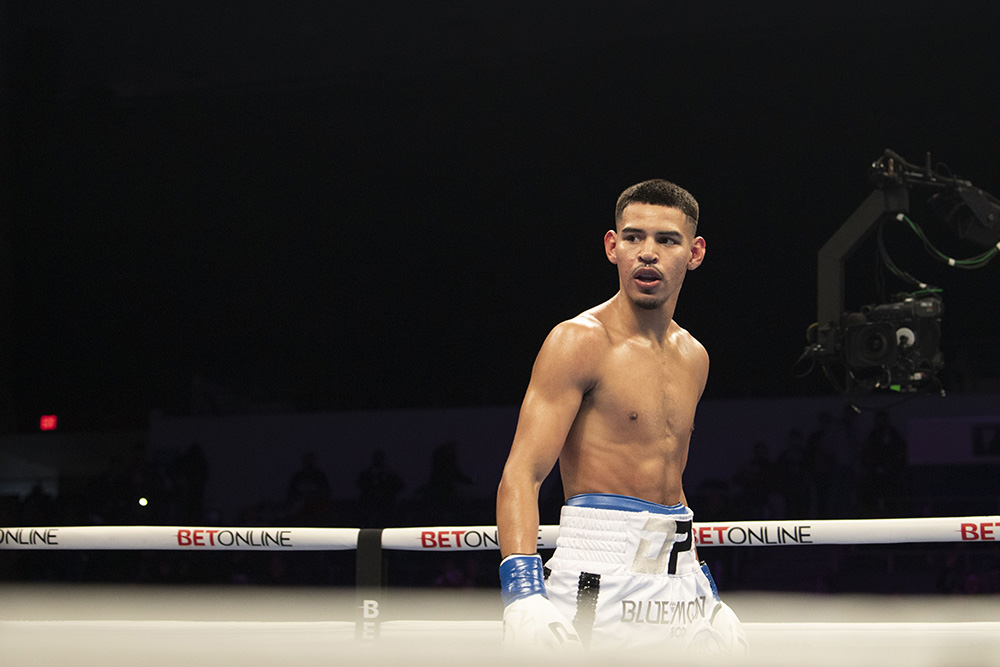 “I feel just being consistent with what I’m doing and have been doing, I’ve been doing things right,” he said. “I actually moved from L.A. to Seattle to be focused and out of the way of everything back home and committed to training. I feel I need to keep doing what I’m doing, keep training, keep working hard and keep wanting to get better every day, and I feel everything will fall into place.”

While Mora feels Pacheco is a work in progress, he believes there are a few things he could brush up on.

“If there’s anything he could work on, it’s throwing more jabs, maybe work on foot speed,” he said. “But he’s evolved nicely and is being moved properly. The next step is tougher opposition.”

While not a weakness — more a potential conflict of interest — at some point Pacheco could find himself in the upper echelon of the division alongside his gym mate.

“We’ve talked about it; it could definitely happen,” he said. “When I do get to that point, it’s great for me because it means I’m up there, I’ve reached that point and I’m where I’m supposed to be. If the people want it to happen in the future, then we’ll make it happen and let the best man win. It’s a sport.”

Storylines: Pacheco was born and raised in South Los Angeles and found boxing at a young age.

“[It’s] a very hard area for young people to grow up,” he said. “[It’s] really easy to make mistakes and fall into the wrong crowds, but thanks to sports in general — my dad always put me into every sport — I played soccer, football, basketball. When I was 10, he put me into boxing and after boxing I stopped doing everything else. I just wanted to box.”

His talent was obvious to those who saw him.

“From the beginning, I remember people telling my dad, ‘This kid is special,'” said Pacheco. “Every gym he would take me to spar. Obviously my dad saw it as well.”

It wasn’t easy for Pacheco’s family to be able to afford to help him live his young dream.

“Every tournament that I’d fight and have to travel, it was hotel, flights, food — it added up,” he explained. “We came from a poor, humble home, so it was hard on my dad. Every time I’d win a qualifier to go to the national, I could see my dad stress.

“I thank God so much, because if it wasn’t for my dad investing that money into these tournaments, I would never have got the experience I have. That’s something that drove me every tournament. I was like, ‘My dad didn’t just pay all these thousands of dollars for me to get here and lose.’ That pushed me so much.”

He lists Juan Manuel Marquez and Floyd Mayweather Jr. as his boxing heroes and hopes to one day become a world champion like them, but he knows there is a lot of work to do first.

“Eventually [I want to] get to be world champion and then after that unifying, and we’ll see [about] moving up in weight. I’m super excited for the future, but at the same time I know I have to be patient and everything will fall into place. I feel like I’m just getting my man strength.”

Pacheco is single and says he isn’t ready to settle down; he wants to focus on his career for now.